No Bigger Question: How Should the U.S. Handle the Rise of China? 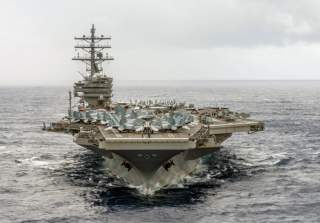 The Center for the National Interest partnered with the Charles Koch Institute to host a foreign policy roundtable. Among the topics addressed was: What is the most prudent way to handle the likely rise of China? Watch the rest of the videos in the series “Today’s Foreign Policy Challenges.”

For over a decade, American policymakers have worried that China might be a potential rival to the United States. However, the U.S. government has not implemented a clear plan for how to address and react to changes in the U.S.-China relationship. Columbia University’s Richard K. Betts sees this sort of intellectual paralysis as a pressing problem. He argues that “the longer that there’s no choice … the more dangerous the possibilities of unanticipated confrontation and escalation become.”

The issue evinces a sharp division between national security experts, who, according to Betts, fall into one of two categories. Either they believe the United States should “accommodate the rise of China [and] recognize it as a potential superpower with the natural aspirations and same prerogatives as we have” or they hope to “contain China and forthrightly set out a strategy and set of alliance relationships to prevent China’s rise from going in directions we don’t like.” These two strategies are mutually exclusive.

Drawing on the history of the Cold War and the success of containment against the Soviet Union, the University of Chicago’s John Mearsheimer and Harvard University’s Stephen Walt argue that the United States will have no choice but to adopt the strategy of containment against China. Preventing the rise of a peer competitor, in Mearsheimer’s view, is a vital strategic interest. He believes it would be wise for the United States to hem in China now, while the balance of power is so greatly in America’s favor.

However, while this sort of strategy is designed to increase U.S. security, it might actually make the world more dangerous. As the Charles Koch Institute’s William Ruger points out, aggressive containment could “create a self-fulfilling prophecy, where we push the Chinese to be more of a peer competitor or enemy than they really are.” The forward deployment of U.S. military forces in Asia, for example, is seen by the Chinese as deeply unsettling, fueling the sort of security spiral that has undermined friendly relationships throughout international history. If the United States is to choose containment, Barry Posen of the Massachusetts Institute of Technology notes, sensitivity to this issue must be a critical part of “intelligent containment.”

In fact, it might be that technological, economic, and diplomatic trends make an active U.S. role in containing China unnecessary. Eugene Gholz, of The University of Texas at Austin, contends that anti-access/area denial (A2/AD) technology, which makes it so difficult for the United States to put close pressure on China, also makes it very difficult for China itself to break out of the so-called “first island chain” that surrounds it. Gholz argues that this creates a stable situation in which both the United States and China are incentivized to avoid aggression and expansion.

China is also surrounded by a significant number of growing countries—and it is in each state’s national interest to oppose Chinese expansionism. Managing these alliances from Washington seems like a gargantuan undertaking, making containment more difficult. However, Christopher Preble of the Cato Institute makes the point that without U.S. involvement, China’s neighbors would have a much stronger incentive to cooperate in opposing China on their own.

After all, suggests Ruger, it remains a serious possibility that Chinese economic growth will hit a ceiling and a real threat to the status quo in East Asia will never materialize. Michael Desch from the University of Notre Dame agrees: “China’s got lots and lots of weaknesses and lots and lots of challenges that make our problems pale in comparison.”

One way or another, the matter of dealing with China will continue to preoccupy policymakers in coming years. But most scholars find cause for optimism. In answer to the question of who they would rather be strategically in 2050, China or the United States, the verdict is unanimous: the United States.