No One Should Be Above the Law 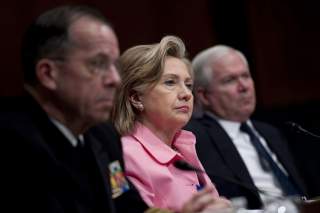 In what appears to be continuing trend, the Federal Bureau of Investigations recently confirmed that the status of America’s powerful elite as being accountable only to their own standard while the rest of the nation is required to follow rule of law. The latest evidence was the FBI’s decision not to recommend charges against former Secretary of State Hillary Clinton for violating U.S. Code in the handling of classified information. Attorney General Loretta Lynch made it official the next day: she said the “year-long investigation [will] be closed and . . . no charges be brought.”

In a lengthy statement explaining the decision, FBI Director James Comey confirmed that Secretary Clinton had unequivocally violated a federal statute in the storage and communication of classified material via unclassified and unauthorized email messages, including “seven e-mail chains [which] concern matters that were classified at the Top Secret/Special Access Program level when they were sent.” A total of 110 email messages contained highly classified information and another two thousand unmarked messages were determined after the fact to contain classified information.

The other recent example of a public figure getting off virtually scot-free was former General and CIA Director David H. Petraeus. In 2015, he pleaded guilty to a misdemeanor and was not jailed. The Associated Press reported that Petraeus “admitted that he loaned his biographer, Paula Broadwell, with whom he was having an affair, eight binders containing highly classified information regarding war strategy, intelligence capabilities and identities of covert officers,” some of which was classified Top Secret.

(Recommended: The Worst U.S. President EVER)

It is clear, however, that neither Clinton nor Petraeus will be held to account for violating federal law. Petraeus is still one of the most sought-after, highly paid public speakers and Clinton might be elected commander in chief four months from now. Very few other Americans, however, enjoy such lenient treatment for similar violations of the law.

Last November, a Marine reservist, Major Jason Brezler was forced out of the Marines by acting Assistant Navy Secretary Scott Lutterloh, for mishandling classified material. In 2012 Major Brezler sent classified information via email to fellow Marines, warning that a certain Afghan official living on a U.S. base had been sexually abusing little boys and was a security threat. His warning was ignored, and subsequently one of the abused boys went on a shooting rampage, murdering three U.S. Marines on the base.

For his attempt to protect American lives, Major Brezler was stripped of his security clearance and discharged from the Marines.

Despite the fact Major Brezler’s motivation was to protect American lives, Secretary Lutterloh apparently felt the law didn’t allow for personal exceptions. For General Petraeus and Secretary of State Clinton, however, the laws were deemed optional. Simply being a high profile figure with political stature apparently gives violators a free pass in our judicial system.

No one is supposed to be above the law.

Separate legal standards for the elite and the rest of the nation continue the degradation of the confidence rank-and-file Americans have in the nation’s senior leaders. For years now the level of voter’s trust in the government has been dropping precipitously. I’ve seen firsthand this abuse of power go unpunished and observed its consequences.

In 2011, during my second tour of Afghanistan, I witnessed the dramatic gulf between what our senior civilian and uniformed leaders were telling Americans and the truth of what was really happening on the ground. Civilian leaders, such as then-Undersecretary of Defense Michèle Flournoy and military leaders such as former three-star General Curtis Scaparrotti (then deputy commander of U.S. troops in Afghanistan), claimed their policies and plans were succeeding.

In March 2011 Flournoy testified before the House Armed Services Committee that her assessment of the mission “found that our strategy was on track, that our forces and civilians were making real progress on the ground, and that we were making great strides in growing an ANSF capable of ultimately providing security in Afghanistan.” I exposed at the time how they were giving assessments they had to know were false. Scaparrotti brushed my report off during a February 2012 press conference by saying he had seen my report and “it is one person’s view” and that he was “confident in my personal view that our outlook is accurate.” Events since have conclusively proven these officials were dead wrong.

Far from being punished for misleading the country, Flournoy is now the Chief Executive Officer of the Center for a New American Security and rumored to be a leading candidate for Secretary of Defense should Hillary Clinton win. Scaparrotti was subsequently promoted to four stars and given a prestigious command in Europe.

It seems that many of the nation’s elite are unconcerned about the loss of trust or public opinions, but these trends are not without consequences. Numerous warning flags give evidence of the growing risk.

One hundred top foreign policy experts in the nation published an open letter to America in which they warned voters of the dangers posed by Trump. Yet, the people rejected the opinions of these elite leaders by voting for Trump in record numbers. Even Clinton barely survived her battle with the previously obscure Bernie Sanders. The Washington Post recently chronicled the concerning rise of militia groups in the United States opposed to our government, increasingly filled not by fringe or paranoid people, but mainstream Americans.

What will happen in our country if these trends continue is impossible to predict with any certainty. One thing is certain, however. The less confidence people have in their government, the more disaffected they feel, the further they feel alienated from the country’s elite, and the more likely they are to challenge the status quo. The status quo certainly needs to change, but doing so under the auspices of an angry, distrusting populace is not the best way to craft effective, rational policies.