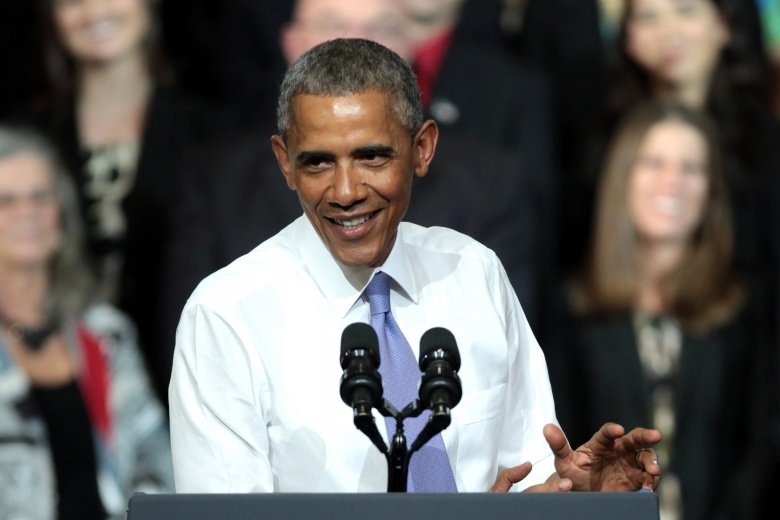 Last week at the White House, the president announced his decision regarding troop levels in Afghanistan through the remainder of his term of office. Let me translate his words into the reality of what the decisions mean on the ground. In sum: I’m going to claim my eight years in office achieved success and kept the country safe; I will do whatever it takes to make sure the Kabul government doesn’t collapse between now and January; and I will punt it to the next president.

Below are the four key passages of the president’s speech and my commentary on the reality of each situation.

1. “The United States will maintain approximately 8,400 troops in Afghanistan into next year, through the end of my administration. . . . [This troop level] will allow us to continue to provide tailored support to help Afghan forces continue to improve.”

Over past twelve months, the Afghan National Defense Security Forces (ANDSF) have struggled mightily in the field, suffered record casualties and lost embarrassing battles to the Taliban.  Dropping U.S. force levels by more than one thousand is not going to “continue” helping the ANDSF to improve. It will make the already-tiny U.S. contingent even less relevant to events on the ground. 8,400 troops will ensure Kabul doesn’t fall to the Taliban, but little else.

2. “My decision today also sends a message to the Taliban and all those who have opposed Afghanistan’s progress. . . . I will say it again—the only way to end this conflict . . . is through a lasting political settlement between the Afghan government and the Taliban. That’s the only way.”

He’d better hope that’s not the only way to end the fighting, because the Taliban surely don’t believe they’re not prevailing. The United States killed the leader of the Taliban last May and in response the newly elevated Taliban leader Haibatullah Akhundzada categorically rejected peace talks. Instead, they’ve ramped up their violence in the country, highlighted two weeks ago by a massive suicide blast that killed and wounded almost ninety Afghan policemen. Akhundzada warned the United States earlier this month that “the Afghan Muslim people neither fear. . . your force nor your stratagem. They consider martyrdom in confrontation with you as a cherished goal of their life.”

3. “Because we have emphasized training and [ANDSF] capabilities, we’ve been able to end our major ground war there and bring 90 percent of our troops back home. . .. This is where Al Qaeda is trying to regroup. This is where ISIL continues to try to expand its presence. If these terrorists succeed in regaining areas and camps where they can train and plot, they will attempt more attacks against us. We cannot allow that to happen. I will not allow that to happen.”

The president’s firm declaration notwithstanding, U.S. plans and military strategies are not going to be a factor in deciding whether Al Qaeda and the Islamic State expand their presence or not. I was on the ground in Afghanistan at the height of the surge in 2011 when there were upwards of one hundred and fifty thousand NATO combat troops on the ground. I personally observed vast areas of the mountains of northeastern Afghanistan, the rocky deserts in the southeast and the fertile valleys in the south central where the Taliban and other terror groups operated with virtual impunity. With troop numbers now barely 8 percent of 2011 totals, the president’s claim that he “will not allow” terrorists to create camps in Afghanistan is without substance.

4. “But with our support, Afghanistan is a better place than it once was. Millions of Afghan children—boys and girls—are in school. Dramatic improvements in public health have saved the lives of mothers and children. Afghans have cast their ballots in democratic elections and seen the first democratic transfer of power in their country's history.”

Many items on the president’s list of accomplishments are genuine. Sadly, however, the appearance of progress is illusory. As the United States has proven almost every time it has tried to impose Western values and institutions of this sort on foreign nations, they don’t stick. The following excerpt from an analysis of US attempts to defeat insurgencies around the world from 1850 to 1941 by the Army’s Center of Military History is perfectly illustrative. In regards to the U.S. attempts to defeat insurgents and modernize Cuba from 1989–1902:

“No sooner had the Americans left than matters rapidly began to deteriorate. The roads were not maintained, public services declined, and democratic institutions decayed. Rather than transform Cuba, all the Army had really done was to impose a thin veneer of American-style institutions for which there was very little support from within Cuban society itself. . . . Ultimately, history and culture conspired to make Cuba infertile ground for many transplanted institutions, regardless of their particular merits. Cultural barriers on both sides thus contributed to the demise of many of the Army’s best-intentioned works.”

The bottom line is that in leaving 8,400 troops in Afghanistan the president will succeed only in preventing the collapse of the Afghan government during the final months of his presidency. His successor will enter office next January with a cancerous sore waiting to be treated. If ever the U.S. is to have any chance of bringing this futile mission to a close, the president and his national security advisors will first have to face stark realities on the ground and establish strategies that have a fighting chance of succeeding. If this or the next president refuses to do so, the sore will continue to inflict pain both in Kabul and Washington into perpetuity.