Obama and the Free-Rider Phenomenon 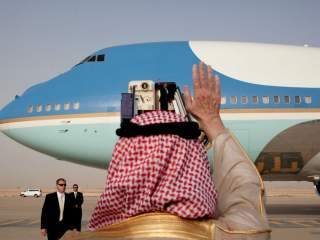 Amidst the continuous obsession over Donald Trump's candidacy, the riots at his rallies, and the stories of Marco Rubio's political downfall lie a remarkably comprehensive and candid interview in this month's edition of the Atlantic between President Barack Obama and writer Jeffrey Goldberg. The series of interviews, eighteen pages long, is filled with juicy nuggets about how Obama views the world, why he believes that reversing course on a bombing campaign against the Assad regime was one of the proudest moments of his presidency, and why he loathes what he terms the Washington foreign policy establishment.

If Jeffrey Goldberg ever wants to retire as a columnist, he mighṯ want to look into being a therapist. President Obama, a man commonly described as cool, detached and aloof, was as reflective on his successes and failures as he has ever been. He sees the light at the end of the tunnel and clearly wants to set the record straight on his foreign policy legacy before he leaves the presidency.

There is a lot of rich detail in Goldberg's piece. In one illuminating story, Goldberg paints a picture of America's allies in the Middle East befuddled and angry about Obama's decision to avoid using military force in Syria after the Assad regime killed about 1,400 civilians with sarin gas. "The Saudis," Goldberg writes, "were infuriated" that President Obama failed to do what he promised to do a year earlier, when he stated publicly that any use of chemical weapons by Bashar al-Assad would provoke a tough U.S. response. UAE Crown Prince Mohammed bin Zayed "fumed to American visitors that the U.S. was led by an ‘untrustworthy’ president." Indeed, of all of the decisions that Obama has made, there is perhaps none as divisive as his kicking the use of U.S. military to the Congress.

There is much in Obama's comments that one can object to, but there is at least one that Americans of all political persuasions can appreciate: common parlance of America’s decline aside, the United States is still asked to do the bulk of the world's problem solving and it's close allies are more likely to complain about the lack of American action rather than help with the problem.

This is not a new concept: the term "free riders" or "free loaders" is one that Americans can appreciate. It strikes at the core of what many Americans find objectionable about the world—that countries are used to asking the "indispensable nation" to solve their problems for them. If anything, the "free-rider" phenomenon is only increasing in popularity now that GOP frontrunner Donald Trump is frequently using the theme on the campaign trail in order to loudly complain that the United States is being under-appreciated and taken for granted by its allies.

Obama makes no bones about it. "Free riders aggravate me," he tells Goldberg. "We don't always have to be the ones who are up front." And, according to the president, America's friends and allies in Europe and the Middle East are often guilty of talking a big game and not matching their words with concrete action.

Unfortunately for British Prime Minister David Cameron, President Obama specifically called him out. During the 2011 NATO intervention in Libya to remove Muammar el-Qaddafi from power, Cameron took his eye of the ball on a mission that he originally trumpeted as a vital humanitarian imperative, Obama argues. He became "distracted by a range of other things," leaving Washington alone to hold the reigns of an operation that President Obama himself grew to regret.

Predictably, the words have caused a diplomatic kerfuffle in the United Kingdom, where even the slightest trouble of the U.S.-U.K. special relationship creates tremors and panic among Tory and Labour politicians in Westminster. And just as predictably, the Obama administration is attempting to undo the damage from Obama's remarks: "The friendship [between Obama and Cameron] is real and the closeness is real," U.S. Ambassador to the U.K. Matthew Barzun told ITV News. "You see that in private and you also see that in public. And you see it all around the world where the UK is leading as a diplomatic super power, where the US is leading and where we're working together."

Apologies and clarifications notwithstanding, was President Obama wrong to belittle U.S. allies as “free riders” who needed to step up their game and start contributing in a more proactive way? Is his argument fundamentally wrong? Obama may have broken diplomatic decorum by calling out the names of foreign leaders in a magazine interview, but that doesn’t mean the president was factually inaccurate. The unwillingness of European countries to individually and collectively implement their defense spending commitments under NATO, its lackluster (one could say symbolic) presence in the counter-ISIL air campaign, and the Arab world's dependency on a U.S. deterrent for external security leads one to conclude that Obama’s frustrations are not based on illusions but on what’s in front of us.

Just because the United States expends enormous military resources on the defense of its allies is, of course, not a horrible thing. Indeed, ensuring that America's friends are able to survive aggression or meddling from the Iranians, the Russians, or the North Koreans is as important to the U.S. national security interest as it is to countries like Saudi Arabia, Kuwait, Japan, South Korea, Poland and Estonia. In addition, when America’s military resources are expended, Washington increases its diplomatic leverage over the countries that depend upon the U.S. for backup while allowing the U.S. to maintain expand its presence in key regions of the world.

But how much is too much? To President Obama, the United States may have done itself a disservice by believing that America's European, Arab and Asian partners are ready to share more of the burden. The next President of the United States could be grappling with the same reality in another ten months.