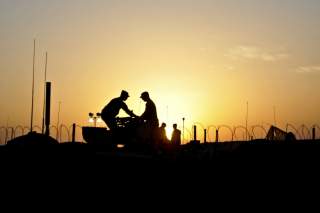 At an event with the Council on Foreign Relations in Washington on Thursday, the Speaker of the House Rep. Paul Ryan introduced a new Republican proposal to strengthen U.S. national security. In his opening remarks, he said his plan would “keep Americans safe at home, defeat the terrorists, advance America’s interests abroad, and renew our national security tools.” If this plan is adopted, however, it is likely none of those hopes will be realized.

The paper is full of tough-sounding rhetoric about how the Republican plan will keep America safe, and makes a number of assertions without bothering to provide any evidence that the prescriptions can actually accomplish their intended goals—or considering likely second- and third-order effects. There are a number of problems with the sixty-seven policy points in the plan outlined by Ryan and other members of the House National Security Task Force. Here I’ll address three of the more problematic.

First, as Ryan repeated at the CFR event, the GOP plan asserts the United States must take “the fight against terrorism to the enemy.” The paper adds that “one of America’s most pressing national security missions is to defeat these groups—including ISIS…” It takes little examination to recognize defeating ISIS (the Islamic State) “over there” is unattainable using the tools and tactics advocated.

For any strategic plan to work, it has to be attainable at the tactical and operational levels. It can’t just sound good in Washington and New York. Meaning in this case, if the Republican’s goal is to defeat ISIS in Iraq, Syria, Libya, Afghanistan and other areas where they’ve carved out a presence, the plan’s authors must be able to articulate how they’re going to employ military power on the ground in support of that mission and how it will eradicate the movement.

Their plan of action must explain how U.S. and allied forces will be used against ISIS in a way that will achieve an outcome different from current efforts. How would they propose clearing ISIS from the thousands of square kilometers in other areas of Iraq where they currently operate; how would the GOP plan employ U.S. military power to defeat ISIS in Syria’s civil war, where reportedly more than one thousand different rebel groups—many allied with Al Qaeda—currently fight each other as well as the Assad regime; how would they propose going into the Libyan desert and the mountains of northern Afghanistan and eradicating ISIS from there as well? If the plan’s stated objective is to defeat ISIS, each of these questions must be answered, and there must be an explanation of how all will be resourced.

Secondly, the GOP paper argues the current Administration has shown weakness which has emboldened Russian President Vladimir Putin, and “resulted in Russia taking advantage of the United States at nearly every opportunity in furtherance of its desire to reestablish power regionally and globally.” One of the ways the Republican plan seeks to “be assertive in responding” to Russia is to “scrap the current policy of denying Ukrainians lethal weapons to defend themselves against Russian aggression.” The plan’s authors have apparently given no consideration to the likely Russian reaction to such a move.

Consider what our own responses under similar circumstances would probably be. If for any reason, Russia or China were to foment and support anti-American groups in either Canada or Mexico, Americans would naturally be angry and demand Washington take countermeasures. If those two global powers were to then arm those antagonistic to the United States, we would likely move to a war footing. How, then, would anyone imagine that Russia would have a different reaction to our arming a nation on their border that is opposed to Russia?

Moreover, Ukraine is hardly innocent in the events which precipitated the conflict in the first place. Its popular in the United States to pin all the blame, exclusively, on Moscow. Putin has indeed unjustly sought to exploit the situation for his gain, but it would be dangerously misguided to believe that substantial corruption in Ukraine did not also contribute to the crisis. We must not take actions that would reward corruption and exacerbate, not diminish, instability in Europe.

Thirdly, and possibly most critically, the foreign policy advocated in this plan is avowedly and exclusively Republican. It is not American. No foreign- or national-security policy can succeed unless it has at least some bipartisan support. Claiming that the GOP ideas are superior and those of their Democratic colleagues are terrible guarantees the plan would be categorically rejected and actively opposed. There is plenty of fault to find with the foreign policy enacted by the Democratic administration, as I often point out, and much room for improvement. But both Democrats and Republicans have to at least make an attempt to find common ground for the common hope of a secure America. Making foreign policy a partisan issue harms the interests of everyone.

I strongly endorse the paper’s overall objective to defend the American people from all threats. But the strategy has to be one that has a chance of success, can be accomplished on the ground where the threats exist, and is affordable without burning up the military or bankrupting the nation. This plan won’t meet those standards. Military-first initiatives to rid the world of terrorists have been thoroughly discredited over the past couple decades. It is time to shift to a diplomacy-first foreign policy, undergirded by a powerful military, that Americans of all stripes can get behind.

Daniel L. Davis is a widely published analyst on national security and foreign policy. He retired as a Lt. Col. after 21 years in the US Army, including four combat deployments.  The views in these articles are those of the author alone and do not reflect the position of the US Government. He tweets at @DanielLDavis1.

Image: “Troops with 3rd Squadron, Combined Task Force Dragoon, pack up their gear as they prepare to leave Nov. 15, 2013, at Forward Operating Base Azizullah, Afghanistan. The Squadron transferred authority of the FOB to the Afghan National Army and the Afghan Civil Order Police. (U.S. Army Photo by Spc. Joshua Edwards).”