Is Pentagon Spending Really Leading to ‘Failure’ and ‘Regret’? 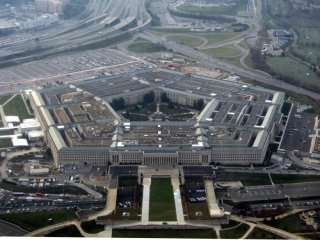 Much is said these days about the mismatch of missions and resources for the U.S. military. Indeed, the chants of neoconservatives on Capitol Hill have grown quite loud: more military spending, more personnel, more weapons. A recent RAND Corporation report also warned that failing to deploy a large enough military could “lead to a failure of the U.S. strategy and subsequent regret.”

But the solution is not to spend more. It is to reassess foreign policy objectives and decide whether they are worth the cost. Better to scale back an over-ambitious strategy than to waste scarce resources pursuing dubious goals.

This is not a new problem. In their report, “Limiting Regret: Building the Army We Will Need,” Timothy M. Bonds, Michael Johnson and Paul S. Steinberg pointed to 2007-2008, when the Bush administration decided to increase combat forces in both Iraq and Afghanistan. They wrote: “Unfortunately, insufficient ground forces existed to meet the demands in both Iraq and Afghanistan.” This forced “a compromise between the theaters, with the availability of soldiers for Afghanistan closely tied to the drawdown of U.S. forces in Iraq.”

Yet what was achieved by both of these wars? The disastrous Iraq invasion was misguided from the start. The famed “surge” worked only insofar as Sunni tribes turned away from insurgent/terrorist forces, but no reconciliation was effected. The Baghdad government’s continued sectarianism promoted the rise of the Islamic State, which eventually allied with former Baathists and Sunni tribes to overthrow Shia-dominated government control. Whatever short-term success American lives bought was squandered.

Little more was achieved in Afghanistan, under both Presidents George W. Bush and Barack Obama, who twice hiked troop levels. Indeed, the fourteen year nation-building mission also was a mistake. The United States had reason to strike Al Qaeda for committing the 9/11 attacks and oust the Taliban for hosting Al Qaeda training camps, but attempting to create a liberal, democratic, centralized state in Central Asia was a fool’s errand. It’s not clear what will survive after the investment of so many lives and so much money.

That continues to be the case. The RAND report addressed “current and potential demand for Army ground forces,” specifically contingencies involving the Islamic State, Russia in the Baltics and North Korea. That’s on top of “violent extremist activity throughout Africa, the Middle East, and Asia,” as well as “Iran’s nuclear program and China’s territorial disputes with its neighbors,” and even such “wildcards” as “the Ebola outbreak in Africa.”

To “limit regret” in confronting such challenges, RAND advocated adding more soldiers. Better would be reducing requirements. After relying on America for decades, Washington’s defense dependents should do more to protect themselves, especially handling manpower-rich tasks for which they are well-suited.

First there’s the Middle East and the Islamic State. Said RAND, the Quadrennial Defense Review “did not anticipate the threat that ISIL is currently posing and was silent on the continuing threat posed by the Taliban.” Moreover, “other groups have emerged, such as Houthis in Yemen, that are wrecking stability in the Middle East.” If the mission in these areas changes, noted RAND, then U.S. forces “would need to increase significantly.”

Yet Yemen long has been a mess and the Houthis have been fighting the central authorities for decades. More important, in recent years the United States has been the most destabilizing force in the Mideast, invading Iraq, ousting Libya’s Muammar Gaddafi, attempting to depose Syria’s Bashar al-Assad and supporting Saudi Arabia as it turned Yemen into a sectarian contest. It is a little late to set stability as an American objective.

The Taliban obviously are not going away as a threat. There’s no reason to believe that keeping combat forces there for another year will change anything, except prolong the collapse of Washington’s regime in Kabul. American personnel are being expected to die to prevent obvious failure from occurring during this administration. That’s no justification for maintaining troops in Afghanistan. Better to acknowledge a future in which Afghanistan’s “president” might rule little more than Kabul and the rest of the nation is governed by various factions and strongmen.

As for ISIL, where are America’s supposed Arab allies? Most have essentially gone AWOL over the past year. Turkey has not contributed much, preferring to support or at least acquiesce in Islamic State activities. Unfortunately, Iran and more recently Russia have done far more to advance Washington’s policy.

Yet the Islamic State is essentially at war with every major country in the Middle East, threatening Iraq, Jordan, Lebanon, Syria and Turkey, as well as autonomous Kurdistan. The group’s Sunni extremism challenges Shia Iran and Jewish Israel, as well as Saudi Arabia and the Gulf kingdoms. ISIL even has expanded into authoritarian Egypt and divided Libya.

Counting paramilitary forces, more than a million men are available to deal with a couple tens of thousands of ISIL fighters. Turkey alone has 400,000 men in uniform. Several nations possess substantial air forces with ground attack capabilities. The Europeans could play a sophisticated and substantive support role. Obviously, this is a fractious group which agrees upon little other than the danger posed by the Islamic State. But that threat is more likely to induce cooperation than American pleas while Washington does the job for everyone else.

The second “threat” to the United States comes from Russia. Warned RAND: “the current planning construct does not address the forces and posture needed to deter Russian aggression in Eastern Europe.” In the RAND analysts’ view, some 120,000 additional U.S. army personnel are required.

Yet precisely what is the threat to the United States and Europe? The takeover of Crimea might offend Americans’ sense of justice, but endangers neither the United States nor Europe. Ukraine is not a member of NATO, has been ruled from Moscow for centuries and has only modest economic impact on the West. Although odious, aggression against Ukraine, so far limited to heavily ethnic Russian areas, despite manifold predictions of an imminent Putin blitzkrieg, has limited security implications for Europe and even less for America.

The Baltic States are NATO members—an unfortunate consequence of treating the organization more like an international gentlemen’s club than a military alliance. Yet they don’t bother to do much for their own defense. Estonia devotes a paltry two percent of GDP to the military, while Latvia and Lithuania are at one percent. If genuinely worried about the possibility of Russian aggression, they could create a tough territorial defense to ensure that Moscow would pay a substantial penalty for war.

As for garrisoning the Baltics, where are the Europeans? The European Union has a larger population and economy than America. If anyone puts more soldiers in uniform to protect European states, it should be European states. Indeed, the best U.S. response to proposals for permanent bases and garrisons and periodic patrols and exercises would be to encourage the Europeans to move ahead. Washington is busy all over the world—in the Middle East, Afghanistan, Korea, South China Sea and more. Seven decades after the end of World War II the Europeans should take care of themselves.

Finally, there’s North Korea. Even RAND acknowledged that “a wealthy and technologically advanced South Korea can now provide well-trained and armed forces to defeat a conventional invasion.” But the researchers cited the North’s artillery, missiles, and unconventional capabilities, noting that “North Korea poses several threats to the United States, South Korea, and the region.” Also, worried RAND, “the collapse of North Korea could lead to the theft and proliferation of nuclear weapons and materials from a large number of research and development, manufacturing, testing, and weapon storage sites.” To respond to sustained artillery attack would require another 188,000 U.S. soldiers. A North Korean collapse would necessitate almost as many, 150.000.

And how about neighboring states? The studious refusal of the South Koreans and Japanese to cooperate depends on Washington’s continuing willingness to step into the gap. Even China might not be so gentle with its troublesome step-child—neither true ally nor client—if Beijing did not see the United States as a restraining force.

Moreover, North Koreans in the midst of regime collapse likely would be better disposed to South Korean than American troops. Even more important, China would not likely be comfortable with 150,000 American soldiers heading toward the Yalu despite the changes since 1950. Been there, done that. That prospect might prompt Chinese military intervention to preserve a puppet rump state, keep U.S. forces away from the border, and even collect nuclear materials as well. Armed South Koreans meeting armed Chinese would be less dangerous than the latter meeting armed Americans.