President Trump and the Art of Uncertainty 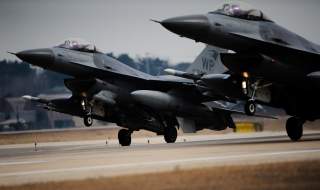 President Donald Trump is turning unpredictability into an art form. One week he is threatening to attack North Korea and warning of the possibility of a “major, major conflict.” The next week the president says he’d be “honored” to meet the guy he was prepared to kill.

Creating uncertainty can be an effective tactic if it’s part of a plan. Richard Nixon effectively played the crazy card, before the collapse of his presidency caused some people to worry that he really was unbalanced. Unfortunately, there doesn’t appear to be any method to President Trump’s “madness.” Instead, some suspect that he takes his cues from the last person who talked to him, since he doesn’t know much about the subject and has no meaningful opinion as to what should be done.

It’s a bit scary. So far, on Korea, the president has offered up some good ideas mixed with a few real howlers. Unfortunately, it’s evident that he doesn’t know the difference between the two, and that could have dire results when dealing with an equally unpredictable regime that is paranoid, authoritarian and isolated.

The president should step back and let the Korean situation calm. One reason is to allow South Koreans to choose their next president next week without foreign interference. Although the outcome appears certain, the race did tighten and the final outcome remains sensitive to international events. President Trump’s comments about ripping up the Free Trade Agreement and charging for the Terminal High Altitude Area Defense missile system, or THAAD, might have boosted the left-wing front-runner, probably not the president’s intention. There’s no need for President Trump to stir events even more.

During this period of quiet, as we might call it, the administration should coordinate its best haphazard approach to policymaking in the region. In particular:

Any sort of military strike has an unacceptably high risk of triggering the Second Korean War, with potentially catastrophic results. The president should not plan on sacrificing tens or hundreds of thousands of South Korean lives to forestall a still remote danger for America. Ending the scare talk would make Seoul more cooperative.

But talking without doing anything makes Washington look like a paper tiger, something the president inadvertently achieved when he announced he was sending a nonexistent “armada” to the Democratic People’s Republic of Korea. The administration should set a few clear red lines, such as attacking the United States and selling nukes to terrorist groups. However, the North is likely to be more responsive to allied disarmament proposals if it feels more—rather than less— secure.

Come to an Agreement with China

President Trump appears to have fallen for Chinese president Xi Jinping. Most observers doubt that the latter reciprocates the giddiness. Beijing will apply as much pressure on the North as the former believes is in its own interest, while working to placate Washington. President Xi already apparently has convinced President Trump that China has only limited influence over the ROK.

The United States needs to systematically address Beijing’s reasons for preferring stability to denuclearization. That means making more serious concessions than some unspecified trade breaks. Bilateral talks should consider what would happen if the North collapsed, struck out militarily, or something else. For instance, Washington might indicate no objection to Chinese intervention to create a friendlier, more pliable North Korean regime and promise to withdraw U.S. forces in the event of reunification.

Propose Bilateral and Multilateral Talks with the DPRK

President Trump renewed his campaign proposal to personally meet with Kim, but a summit should reward good behavior/peaceful concessions. The president broke into a curious bit of praise for the “pretty smart cookie” ruling the North who he said he would be “honored” to meet “under the right circumstances.” Kim Jong-un has demonstrated a talent for surviving North Korea’s political snake pit, but he’s no cuddly liberal.

The president’s staff immediately began walking back his offer. Presidential press secretary Sean Spicer said the “possibility is not there at this time.” Kim certainly isn’t likely to negotiate away his nuclear arsenal, let alone drop it as a precondition for a meeting. So the “right circumstances” for talks cannot be a preemptive surrender of his nukes. But Beijing long has urged the United States to propose a “grand bargain” for denuclearization, which thus would help win China’s cooperation.

If talks do occur, then the president should temper his expectations. During the campaign he said “there’s a 10 percent or 20 chance that I can talk [Kim] out of those damn nukes.” More like one percent, if that. Nuclear weapons offer domestic political as well as international geopolitical advantages. Nevertheless, even a verifiable, enforceable freeze would be useful. And other agreements might be possible to reduce tensions and moderate dangers.

Challenge Without Surprising the South Koreans

Candidate Trump’s criticism of the U.S.-ROK alliance warned South Korea policymakers that he thought differently, but conciliatory comments by administration officials after his inauguration calmed their fears. However, last week the president unexpectedly talked about charging Seoul for THAAD and breaking the trade relationship. Whatever the merits in his positions, such issues should be presented for negotiation, not treated as unguided missiles and launched without warning.

That doesn’t mean the administration should reflexively adopt the status quo. Washington should reconsider its conventional defense of the South. The ROK is well able to protect itself. Every additional security commitment requires additional force structure, benefiting other nations while costing an already heavily burdened United States.

Moreover, the cost of commitment is high. America’s entanglement in the Korean struggle causes the North to target the United States. There likely are several reasons the Kim dynasty has sought to develop nuclear weapons—defense, prestige, extortion. Thus, Pyongyang might have occurred even without America’s involvement. But the purpose of building ICBMs is deterrence. If Washington wasn’t threatening Pyongyang, then Kim would have nothing to deter.

Equally important, the president should initiate a debate over an idea he offered during the campaign: allowing if not encouraging the ROK and Japan to create countervailing nuclear arsenals. There are good reasons to fear such a development, but U.S. interests are not well-served with Washington being stuck as nuclear guardian of South Korea and Tokyo and possibly other states—Taiwan, Australia, Philippines—against a plethora of potential bad guys, most notably China, Russia and now North Korea. Transferring that responsibility onto those potentially threatened would allow the United States to extricate itself.

Seoul would need time to prepare for any dramatic change in the current relationship. Although Washington does not owe South Korea a defense, the former should treat an ally of so many years with respect and help it adapt to new U.S. policies. The South needs to be defended, but by South Koreans, not Americans.

President Trump’s undisciplined manner so far has resulted in an incoherent, unpredictable policy toward Northeast Asia. That isn’t to Washington’s advantage, or that of America’s allies. Nevertheless, the fact the president is willing to think outside the strictly limited conventional wisdom of the past offers at least a slim hope of better policy in the future. Much depends on his willingness to impose his unconventional views on his own appointees.

Doug Bandow is a Senior Fellow at the Cato Institute and former Special Assistant to President Ronald Reagan. He is the author of Tripwire: Korea and U.S. Foreign Policy in a Changed World and coauthor of The Korean Conundrum: America’s Troubled Relations with North and South Korea.