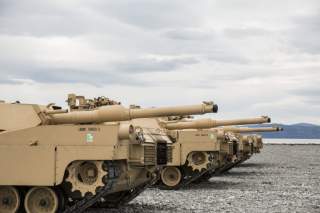 Power can be both absolute and relative. A state's absolute power can increase while its relative power declines; or its absolute power can diminish while its relative power increases. I suspect the United States will be in the second situation in the twenty-first century. America's ability to influence world events will increasingly diminish, but the power of other great states and blocs of states will diminish even further, leaving America in relative terms more powerful than before, to less and less effect.

The United States surely has its problems: economic, social and political. Its economy does not grow fast enough and in the right way to increase the number of good jobs that can support a respectable living for families. Socially, the digital age, despite the overload of information it brings, has also brought with it decadence and ignorance of a post-literate sort, with people reared on television shows rather than on books. Donald Trump is the very personification of digital barbarism - a man who is like the summation of the angry and insulting comment streams that appear on the web. Politically we are both more fractured and more extreme.

But I'll take America's problems over those of Russia, China and the European Union any day. Those powers have all of the above problems, too. Meanwhile, Russia is in economic free fall, facing a disruptive future with a possible break-up that would be a milder version of what happened in Yugoslavia. China's ability to orchestrate a soft landing for its decelerating economy is doubtful, even as its Turkic Uighur Muslims demonstrate how the Middle Kingdom is a prison of nations that could degenerate into ethnic upheaval as the economy continues to slow. As for the European Union, politicians in too many member countries lack the courage to fundamentally reform the social welfare state, reform without which growth cannot resume. Thus, you have stagnant societies beset by angry populism at home and Muslim migrants streaming in from abroad. No wonder the administrative superstate in Europe is in deep crisis.

In other words, while America's problems are daunting, they are not profound and structural nearly to the extent of the other powers.

This situation affects the military. Keep in mind that while land forces are for contingencies, air and naval platforms project power on a daily basis, in peacetime and in wartime. And because air and naval platforms are frightfully expensive, they require economic growth and stability. The United States, rich in natural resources, especially in hydrocarbons, will to a much greater extent be able to afford air and sea platforms than the other powers.

But while American power will, in relative terms, fare better than Russia, China or the European Union, Washington's ability to influence events abroad will decrease. America may be a democracy, but by and large - the Vietnam, Afghanistan, and Iraq wars notwithstanding - the United States has been a status quo power, able to conveniently project its influence through the leaderships of coherent states the world-over: states which in many cases used to be dictatorships. Indeed, Middle Eastern dictatorships offered the convenience of employing court diplomacy - dealing with leaders on a personal level - in order to steer events and deal with crises. But that era is passing. And instead of stable democracies to replace stable dictatorships, we now have very messy democracies and chaotic states through which Washington finds it more challenging to apply pressure. In short, the United States, a democracy, is finding that a world of greater democracy is harder to influence. The Westphalian system of modern states is one with which the United States has been comfortable intervening in and interacting with. But that system is itself weakening.

The specter of a United States with masses of warships and fighter jets, politically healthier than Russia, China, and the European Union (provided a Trump presidency can be avoided), and yet less and less able to have its way in the world, is one that will frustrate Washington elites to no end. They will constantly be demanding action even as there will be increasingly less public support for such a thing. For here we get to the nub of the problem:

America has had a great and expensive military precisely because a prosperous middle class has acquiesced to one. But that middle class has been fracturing into a smaller upper-middle and a much larger lower-middle, just one or two personal misfortunes away from poverty. This newly emerging stratification will still, I suspect, support a formidable military, but it will be less likely to support military adventures in which the poorer elements of our society end up paying the higher blood price. A country of rich and poor - with a diminishing middle - that, nevertheless, continues to intervene militarily abroad is by definition imperial. That is something that should trouble us. To be sure, as I have written in the past, America has been throughout much of its history in an imperial-like situation, but never to the extent that we might be if our middle class continues to erode. Primacy, therefore, could become morally more problematic.

This is the third in a series of essays on the future of American primacy. You can read the previous essay, “Is a Rational American Foreign Policy Even Possible?” by Geoffrey Wheatcroft, here.

Robert D. Kaplan, a senior fellow at the Center for a New American Security, is the author of Earning the Rockies: How Geography Shapes America's Role in the World, to be published in January by Random House.

Image: “A group of M1A1 Abrams Tanks waits on a beach in preparation of Exercise Saber Strike 16 in Norway, May 30, 2016. The tanks will be transported by a British Roll-On, Roll-Off ship to Riga, Latvia for the exercise. Exercise Saber Strike 16 is an annual combined-joint exercise in the Baltic region. The combined training prepares allies and partners to respond more to regional crises and meet their own security needs by improving the security of borders and countering threats. (U.S. Marine Corps photo by Sgt. Shawn Valosin/Released)”