Reports of Saving the Pentagon $125 Billion Are Just Fake News 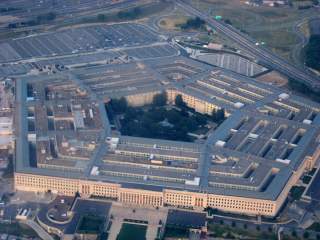 The Balkan teenagers are at it again, this time in the guise of members of the Defense Business Board and consultants from McKinsey, with the claim that their report offering $125 billion in savings was being suppressed by the Department of Defense. What a devilishly clever way to gain new attention for the tired assertion that billions can be saved if DOD would just act like IBM or FedEx and become a great, efficient business machine. Now, ignoring the 836th repetition of a false idea is being called suppression. And the public once again is being told that America can have a big, globally deployed, frequently engaged and highly lethal military without the inefficiencies inherent in the task and imposed by our political system.

Yes, Defense is full of waste in part because being prepared to fight wars at any level, anywhere, under any climate condition and against all types of opponents, generates the requirements for lots of equipment, stocked and supported in lots of places around the world, most of which will not get used except in exercises. We haven’t executed a major airborne assault since the Second World War, but we have the aircraft and trained troops to do one. We haven’t carried out an opposed amphibious landing since the Korean War, but still support the capability. Our nuclear deterrent forces are always ready—and all of the infrastructure necessary for these and other rare activities is unavoidably intertwined with the supply chain and administrative systems that have been nearly continuously involved in supporting one counterinsurgency/humanitarian relief operation or another since the end of the Cold War. Even McKinsey will have to acknowledge that the price of possible failure is often so high that it has to temper the quest for efficiency in this riskiest of risky businesses.

There are also the political constraints to be considered—big ones. It may be good business advice to talk, as the Business Board did its report, about the need for strong leadership, big goals and adequate project budgets in the effort to squeeze savings from DOD’s back-office activities, but it is near useless advice for DOD’s leaders. Indeed, consolidating like activities, closing needless facilities and not replacing most retiring employees will surely cut some costs for DOD,  but those decisions aren’t always DOD’s to make. The secretary of defense may command armies, but he doesn’t have the power and independence of your average Fortune 500 CEO. The secretary doesn’t get to ignore civil service rules, retire obsolete airplanes that have a congressional following, move a base to ditch a troublesome union, or forget a White House initiative. Congress and the president set the goals, but often don’t agree on what constitutes an adequate defense or how much effort must be devoted to achieving contextual goals, such as promoting gender equality or keeping local employment high.

This fake news is especially dangerous because it keeps alive the belief that there some easy steps to saving the defense dollars needed to pay for the promises our politicians make to provide security for allies in Europe and Asia, promises that require the maintenance of larger forces than needed for our own security and that increase the risk of getting involved in big, non-vital wars. The Business Council’s report even describes the dozens of combat brigades, warships and fighter squadrons the savings could fund. But most of the savings aren’t realizable. The claim that they are undermines public trust in defense officials who labor under the burden of possibly fulfilling these expensive promises our politicians so freely offer while being prevented from improving the department’s efficiency by the parochial interests of often the very same politicians.

It is not harmless to repeat a lie that waste makes defense expensive. I am for tracking down and exposing the Balkan teenagers, the members of the Defense Business Board, the senators and others who perpetuate such a falsehood.

Image: The Pentagon from above. Flickr/Creative Commons/@gregwest98