Riding the Waterboard to Victory or to a Wipeout? 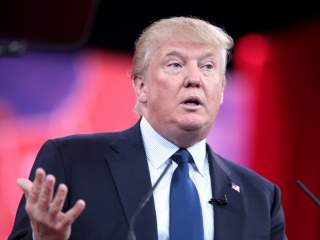 Last Saturday at the Republican presidential debate in Manchester, New Hampshire, moderator David Muir asked the candidates whether they would, if elected, use the controversial interrogation technique known as waterboarding. The use of the technique by the Bush Administration was the center of a national firestorm in 2007 when it was accused of using inhumane and illegal interrogation methods. The answers given by the main contenders should trouble American voters.

GOP front-runner Donald Trump did not flinch in his response. He told the moderator he would not only use it, but “would bring back a hell of a lot worse than waterboarding.” During an interview on Meet the Press the next day he explained why, saying “I would be very much in favor of going beyond waterboarding. And believe me, in terms of getting information, it works.”

Standing with him on the debate platform, Senator Ted Cruz (R-TX) said he would use it more sparingly, but noted that waterboarding “is vigorous interrogation, but it does not meet the generally recognized definition of torture.”

Are Trump and Cruz correct? Are enhanced interrogation techniques like waterboarding legal, necessary and effective in protecting American citizens from future terror attacks? In three words: “no”, “no” and “no.”

Ali Soufan, former FBI Special Agent and current CEO of the Soufan Group, was the FBI agent who interrogated the first major terrorist figure captured after 9/11, Abu Zubaydah. Soufan flatly disputes the contention the technique is legal. In an email message he sent me on Tuesday, he wrote, “Waterboarding, by every definition—US law, Geneva Convention, the UN Convention against Torture, the Rome Statute of the ICC—is torture.” In terms of necessity and effectiveness, Soufan was even more adamant.

“Based on my firsthand experience,” he continued, “torture does not work. Based on all official accounts—the CIA Inspector General investigation, DOJ findings, the CIA's own Panetta Review, the very comprehensive Senate Select Committee report, to name just a few—torture does not work.” Perhaps the most graphic evidence that torture fails to obtain actionable intelligence, was the declassified study released in 2014 by the U.S. Senate into the CIA enhanced interrogation techniques. Immediately after Zubaydah’s capture in mid-2002, Soufan successfully interrogated him using humane methods and obtained significant actionable intelligence. When the CIA took over the questioning, they used excruciating pain to try and extract information. According to the Senate report, the CIA failed to obtain any actionable intelligence, but did succeed in inflicting significant suffering:

“At times Abu Zubaydah was described as ‘hysterical’ and ‘distressed to the level that he was unable to effectively communicate.’ Waterboarding sessions ‘resulted in immediate fluid intake and involuntary leg, chest and arm spasms’ and ‘hysterical pleas.’ In at least one waterboarding session, Abu Zubaydah ‘became completely unresponsive, with bubbles rising through is his open, full mouth.’ . . . After the use of the CIA’s enhanced interrogation techniques ended, CIA personnel at the detention site concluded that Abu Zubaydah had been truthful and that he did not possess any new terrorist threat information.”

Brutal interrogation methods are outright antithetical to American interests. First, purely in terms of its operational utility, torture (by whatever name) does not provide the critical information we seek. It provides incentive for the person tortured to provide false information, and it delays or eliminates our ability to obtain actionable intelligence that might actually prevent a terrorist strike. Then there is the harm done to our influence abroad.

When there are nations or groups around the world that are engaging in actions that deny basic human rights to individuals or groups, it is in the interest of the United States to put pressure on those regimes or leaders to cease such oppression. But when it becomes public knowledge that Washington will itself not hesitate to deny due process to those it suspects of wrongdoing as well as not hesitate to torture them—even against those who are later discovered to have been completely innocent—our credibility takes a gash.

Defending uniquely American values at home can often strengthen our ability to effectively influence events abroad, producing tangible benefits to our country. Violating those values works against our self-interest. We must by all means resist the temptation, as Soufan put it, to adopt “the tactics of an enemy we deem savage, barbaric and without honor.” America should seek a presidential candidate that will promise to safeguard our values as zealously as she or he defends our interests abroad.

Our leaders will not succeed at the latter unless they preserve the former.