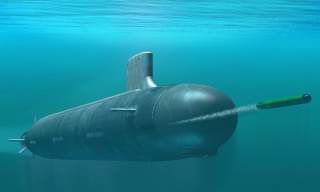 Andrew Davies of the Australian Strategic Policy Institute wrote in February that what navies today call frigates are often bigger than cruisers, or what they once called cruisers. Alastair Cooper of the Royal Australian Naval Reserve followed this month with an essay insisting that the ships' functions have remained the same, but the size required to achieve those functions has increased. Perhaps we should call that the iPhone 6S argument; inexorable growth isn’t always better. What’s clear is that the bigger ships—Australian, American, or otherwise—are expensive to buy and expensive to operate. According to the US Congressional Research Service, a new destroyer of the Arleigh Burke class costs about $1.7 billion to procure. Operating and support costs are harder to discern, as the Navy Department doesn’t published audited accounts. But just paying salaries and benefits (recently estimated by the Reserve Forces Policy Board as $108,000 annually) to each crew of 323 costs about $95,000 per day. Fuel and repairs add a lot more.

With those sorts of costs, the US Navy is quite reasonably complaining that it can’t possibly police the planet with 300 ships. Whether policing the world is a good goal is another matter, but if that’s the task, at least do it sensibly. Chasing Somali pirate skiffs with 9,000-ton destroyers was an egregious waste of resources when the Coast Guard's 1,800-ton cutters would have provided the same overmatch. And if building and operating are costly, losing a ship in a fight is costlier yet. Indeed, a salient argument against continuing to invest in Ford-class aircraft carriers, as noted by Jerry Hendrix of CNAS, is their extreme concentration of power and people. As heavily defended as they may be, they’re still very lucrative targets. A few torpedoes will place any one hors de combat. Along those lines, as the Navy wraps up the conceptual design of its next amphibious ship in the next few months, the service is considering whether those ships should be more heavily armed, for a lot more money, if only because they carry so many people worth defending.

But is there a way to produce capability without all that concentration? Worth rereading is Greg Jaffe’s article of fifteen years ago on Admiral Cebrowski’s idea of the ‘Streetfighter’—“Debate Surrounding Small Ship Poses Fundamental Questions for U.S. Navy” (Wall Street Journal, 11 July 2001). At the time, the big issues were dispersion of power and expendability of single units. Like a small airplane, a 1,000-ton vessel with a small crew could be lost without national trauma. The original concept thus called for a ship of similar cost to a fighter jet—perhaps $100 million. The eventual result, however, was the Freedom and Independence classes of littoral combat ship. At 3,000 tons, they were pretty much lightly-armed frigates to begin with.

Since that programmatic trauma, DARPA has been working on something yet smaller, and wholly unmanned. The 145-ton, unarmed Sea Hunter will be a far cheaper way of trailing or chasing submarines than sending a 3,000-ton frigate or a 9,000-ton destroyer. As National Defense magazine noted, at the start of the program, DARPA was aiming for a serial production cost of $20 million per ship. Excluding design and software expenses, Leidos and Vigor Shipyard are delivering the prototype for under $23 million. That’s a bit more, but in serial production, bulk parts purchasing and the learning curve would produce much cheaper ships. All the better, DARPA’s program manager Scott Littlefield expects operations to cost between $15,000 and $20,000 per day. That broadly compares to the flying costs of an MQ-9 Reaper.

Sea Hunter is one program in which the defense secretary needn’t hector for More Innovation; that will happen naturally. As these ships go to sea, operators will find reasons to ask for additions. The crews of the early MQ-1 Predators were frustrated that they could only watch targets, then call for fire. So, the first and obvious choice for upgrading the ACTUV will be the addition of few anti-submarine torpedoes. Some chaff and flares would be a lightweight and inexpensive way of discouraging an easy kill by an anti-ship missile (though missiles are getting harder to distract). A machine gun sealed against seawater could warn off boarders, at least when the boat was under the positive control of the cubicle-crew ashore.

Doctrine will catch up, and as David Blagden of the Royal Naval Reserve noted on War On The Rocks last year, the strategic implications will be profound. If you have enough small ships, the lack of a towed array can be mitigated with numbers and triangulation. Picket rings can expand outward from protected units. A submarine captain might hazard his ship to stalk a carrier, but what if his targets came surrounded by armed, loyal sea dogs like the Sea Hunter? Upon torpedoing a destroyer or frigate, he could find himself on the receiving end of multiple snapshots along several bearings. Convoy protection could thus get a bit easier—with naval parties embarked and some line-of-sight command links, cargo ships could trail along their own protection with armed sea drones.

The “substantial proviso,” Blagden noted, is whether this can be made to work. In a recent video interview, Littlefield  stated the single biggest issue remains reliability. The software engineers think that they have written the COLREGs into computer code, and that the control system may be fairly hack-proof. Just in case, DARPA has added a pilothouse to the ship for the sea trials. If the Navy takes up the ACTUV, as the Air Force took up DARPA’s Predator, the service might consider retaining that fixture, or even expanding it. Smaller drone designs can pay performance penalties from optional manning, but 145 tons provides a lot of room. Just a few chiefs and junior officers could make a big difference in the operation of a modern submarine chaser. Expand the next armed Sea Hunter a bit, and the Navy might get that Streetfighter that Cebrowski wanted.