Should America Be More Willing to Go to War? 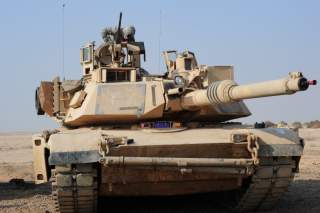 A couple of RAND Corporation scholars have discovered America’s problem vis-à-vis Russia: Washington isn’t willing to use its military as much. This has given Moscow an apparently unfair advantage in challenging America. Maybe Washington should reconsider its policy, they suggest.

Vladimir Putin appears to be working overtime to thwart U.S. policy in Ukraine and Syria. His actions have sparked economic sanctions and military countermeasures. The panicked Baltic states have demanded garrisons like other alliance members. NATO summits revolve around what is seen as a renewed security threat from Moscow.

Most Americans remain remarkably unaffected by Russia’s new assertiveness, however. The Ukrainian and Syrian conflicts are tragic for the victims, but have little impact on U.S. security. The only liberty Americans have lost as a result of the two imbroglios is the opportunity to trade with Russia.

However, Moscow’s actions are viewed as very bad news in Washington. Contend William Courtney and David Shlapak, Russia’s gains “suggest that the West may be doing less than it should to dissuade Russia from undermining Western interests.” They note that “a key reason” for Moscow’s success “is that Russia is more willing to use military power even though it has less of it,” and advocate a U.S. reassessment in response. Which presumably means America using its military more.

Actually, only in Georgia, Iraq and Syria has Washington been less belligerent than Russia. Since the end of the Cold War, the United States has intervened militarily in Panama, Haiti, Somalia, Bosnia, Serbia, Iraq (thrice, counting the battle against ISIS), Afghanistan, Libya, and (counting drones) Pakistan and Yemen. American forces have been involved in smaller operations elsewhere, such as Africa and the Philippines. Washington also has threatened to visit death and destruction on states that posed no obvious threat to the United States, such as Iran. By any normal standard, there is no more warlike nation on the planet.

It’s fine to argue that Washington was justified in its actions while Moscow was not. But overall, America has been far more willing than Russia to use military force. That very propensity for war may have reduced Washington’s willingness to do more in Ukraine and Syria. After all, the United States is a bit busy already in Afghanistan and the Middle East. America also has tied up substantial forces garrisoning Europe, Japan and South Korea. Washington can’t do everything.

Nevertheless, Courtney and Shlapak raise an interesting issue. For what should the United States go to war, or at least use some form of military coercion?

Despite the controversy, Russian behavior in both Syria and Ukraine is largely irrelevant to important, let alone vital, American interests. The United States went through the entire Cold War with Ukraine, including Crimea, as part of the Soviet Union. No one imagined that Kiev’s lack of independence was a security issue for America. The USSR’s breakup effectively eliminated Washington’s only peer competitor, but Putin couldn’t reconstitute the old Evil Empire even if he wanted to.

His violent reclamation of Crimea and promotion of civil war in the Donbass are odious, but do America no harm. An attempt by Moscow to swallow all of Ukraine, a substantial nation whose people resisted renewed Soviet control after the expulsion of German forces in World War II, would be far worse for Russia than the United States. Most Europeans—“Old Europe,” in Rumsfeld-speak—obviously aren’t worried either. In response to Putin’s adventurism they unenthusiastically advocate anemic sanctions and do little significant militarily. The continent demonstrates no concern about the march of a revived Red Army.

Thus, there’s no compelling reason for Washington “to use military power” in Ukraine. The latter’s status matters far more to Russia than America. The United States is seemingly involved everywhere doing everything. And Washington is effectively broke. Absent some fiscal restraint, deficits will be back up over a trillion dollars annually within the decade. If someone must respond militarily to Moscow on Ukraine, eyes should turn to Berlin, Paris, London, and Rome, among others.

Syria is simultaneously more tragic and less important. The civil war is a humanitarian horror, but the United States has, understandably, avoided involvement in far worse conflagrations. Consider the multisided war in Congo in the early 2000s, which killed millions. Nor is any notable security issue at stake in Syria. The conflict is destabilizing, but no more so than Washington’s decision to blow up Iraq and Libya. Perhaps Russia’s and Iran’s influence have increased, but both nations were Syrian allies before, and the Assad government is a shadow of its former self. Indeed, the United States did just fine during the Cold War when the Soviet Union befriended both Syria and Egypt.

Anyway, there’s nothing obvious for the United States to do. The architects of grandiose yet failed nation-building projects in Afghanistan, the Balkans and Iraq claim that the correct amount of intervention at the right time would have ousted Assad, empowered moderates and yielded a diverse, democratic republic. Sure. Anyway, that moment has passed.

Aid to moderates has been a spectacular dud. Halfheartedly entering the war with no-fly zones and the like would affect but not necessarily decide the outcome. Ousting Assad likely would lead to increased chaos, intensified attacks on religious minorities and greater infighting among insurgents. Experience suggests that the likelihood of Washington coming up with a sensible plan, effectively implementing it and enforcing it over time is, well, small.

The United States has interests in both Ukraine and Syria. There are outcomes that Washington would prefer. There are results that would be desirable. However, the value of the interests at stake is modest. There are allied nations which could act. The unintended consequences of military intervention have become all too obvious. And America is overstretched. Staying out is the far better option.

The United States should treat military action as a last, not first, resort. And only for issues of great, if not vital, interest, not the latest interventionist fad in Washington. As a result, Russia might win an occasional “victory” of sorts. But better that than for America to be stuck with more Pyrrhic triumphs like Iraq.