Should the United States Wage War for Friends? 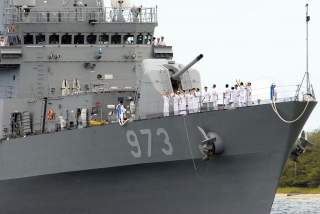 I was honored to participate in the Soho Forum’s successful debate earlier this week in New York City concerning the question of whether, "The United States should be prepared to use force in defense of friendly nations even when not subject to the direct threat of force."

Arguing in the affirmative was the esteemed constitutional scholar Richard Epstein. I argued that the nation’s interest, not friendship, should guide the conduct of U.S. foreign policy, especially when it comes to the use of force. Adopting the affirmative case, I explained, would lead to more war, not less. It also defies the wishes of America’s founding generation, and of Americans living today.

On the surface, the affirmative position seems like common sense. It also comports with basic human beliefs about how we interact with our fellow humans. After all, we do favors for friends all the time. We might, for example, loan a friend some money if they run into trouble. We might help friends around their house, or help them to move out of it. We might even drive them to the airport. As individuals, we should be free to make such choices with our money and time.

In a largely bygone era, princes and kings did favors for friends. In 1367, for example, Edward of Woodstock, aka the Black Prince, went to war in Castile for his friend Pedro, also known as Pedro the Cruel. Pedro had been engaged in a long-running feud with his brother Henry of Trastamara for control of the region. Henry was befriended by Bertrand du Guesclin, nicknamed “The Black Dog of Brocéliande.”

These black dogs and black knights and cruel princes waged war on behalf of one another, and the result was pretty nasty for the troops unfortunate enough to be under their commands. They met near Navarrette in April 1367. Up to seven thousand were killed in the ensuing battle, with perhaps an equal number wounded. The Black Dog was captured but survived, ransomed by his friend Charles V, who considered him an invaluable military commander. He later became Constable of France, and received a hero’s burial when he died of illness at the age of sixty.

Just about three hundred years after the Battle of Navarrette, Louis XIV began his personal reign as the King of France. He too waged wars on behalf of his friends. And he, like the Black Prince and Black Dog, didn’t much care about the people who suffered on account of his foreign adventures. He could do whatever he pleased. Famously, “L’état, c’est moi.” Or, in the immortal words of Mel Brooks in the role of Louis XVI, “It’s good to be the king!”

But somewhere along the way, between the time of the Black Dog and the Sun King and today, we adopted a different approach to governing. Our rulers aren’t expected to wage wars on behalf of their friends or distant relatives with their subjects serving them. Rather, our leaders are expected to serve the interests of the citizens who elevate them to high office.

Indeed, lest they be tempted by ties of friendship or kinship, we have created institutions that constrain their powers, most crucially written constitutions. The U.S. Constitution, in particular, is predicated on the principle of a few enumerated powers granted to the federal government from the states and the people. Within the document, we can find many of these powers spelled out. But one will search in vain for any reference to the U.S. government coming to the assistance of friendly nations. Indeed, America’s founders worried greatly about the danger that the citizens of the new nation would adopt unnatural foreign attachments.

And yet today, the United States is waging war on behalf of a number of foreign nations, or is preparing to do so. The list includes formal treaty allies such as South Korea, Japan and Turkey, as well as informal ones. Saudi Arabia provided money for the operation that helped drive the Soviet Union out of Afghanistan in the 1980s. We are now helping the Saudis in Yemen. The ambiguous commitment to defend Taiwan from China is suddenly in the news again, thanks to President-elect Donald Trump’s phone conversation with Taiwanese President Tsai Ing-wen.

But where does prudence come into play? What are the limiting factors? Should Americans be willing to risk everything for the effort? Should they generally be willing to contribute tens or hundreds of thousands of troops to helping friends fend off their enemies, both foreign and domestic? Many Republicans argue that Barack Obama erred in removing troops from Iraq in 2011, implying that there should have been no artificial timeline placed on how long they would stay, irrespective of the wishes of the Iraqi people.

Calls for permanently stationing American troops in foreign countries also ignore the wishes of the American people. A Pew Research poll taken in April 2016 found that 57 percent of Americans agreed with the statement that the United States should “not think so much in international terms but concentrate more on our own national problems.” Other polls find that, among the foreign policy goals that Americans count as “very important,” “defending our allies’ security” consistently ranks near the bottom.

For years, even decades, U.S. foreign policy elites have ignored public sentiment. Trump ruthlessly exploited that gap, speaking of “America first” and promising to compel America’s allies to pay for the protection that U.S. troops provide. Friendship has nothing to do with it, apparently. For Trump, it is all about getting a better deal for the United States. Whether he will actually be able to do that remains an open question, but, for now, those voters who elected him to office believe that he’s going to try.

As he prepares for the presidency, Trump might revisit—or read for the first time—the first president’s parting advice for his country. “The great rule of conduct for us in regard to foreign nations is in extending our commercial relations, to have with them as little political connection as possible,” George Washington explained in his farewell address. Other countries “must be engaged in frequent controversies, the causes of which are essentially foreign to our concerns” and Americans should therefore avoid “the ordinary combinations and collisions of [their] friendships or enmities.”

Our detached and distant situation invites and enables us to pursue a different course. If we remain one people under an efficient government, the period is not far off...when we may choose peace or war, as our interest, guided by justice, shall counsel.

That time has arrived.

We have made some poor choices in the last quarter century, and the most egregious errors have occurred when we convinced ourselves that we were helping our friends. We should stick to a narrower set of rules guiding our conduct in foreign affairs, particularly when war is concerned.