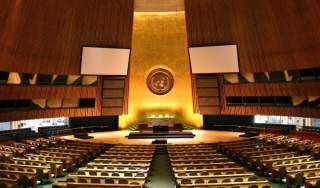 Rules themselves, like norms, can conflict. We have already noted a case in point: the collision between the authority of the Security Council and international humanitarian law against the targeting of civilians. Consider a provocative suggestion: sometimes states are right to act illegally. Our own Western states violate international law from time to time, and with justification. Though our preference is for international authorization, we have compelling interests that at times will be threatened, so compelling that we won’t hold them hostage to the cause of international consensus. Indeed, we may believe, with good conscience, that the welfare of world order itself obliges the occasional breaking of rules.

The same President Obama who invokes the “rules-based order” carries out extrajudicial assassinations of Islamists, and not always with the prior consent of host countries or the Security Council, thus infringing both sovereignty and due process. In principle, he is right to do so. American citizens are not entitled to decamp to remote countries and, unmolested, urge their compatriots to slaughter other Americans. Armed Islamists from other countries, likewise, are not entitled to prepare aggression against American civilians without disruption. The states where they find sanctuary may be either too weak, or too passive, to apprehend them. In such circumstances, it is reasonable for America to treat armed adversaries as armed adversaries, without relying on others’ permission. “Rules-based,” however, is a stretch.

The issue came into sharp focus for Britain’s former prime minister, David Cameron, who had urged China to buy in to the “rules-based world.” Confronted by the outrage of Syria’s use of chemical weapons against civilians, Cameron in the autumn of 2013 discovered powerful reasons to set formal rules aside. Making the case for punitive airstrikes against the regime, to punish and deter future WMD atrocities, Cameron insisted, “if we’re saying there can only be a response if the UN Security Council votes positively, we are in fact contracting out our foreign policy, our morality, to the potential of a Russian veto. Now I think that is a very misguided approach.” For a government that talks so often about the rule of law, all of a sudden morality and rules were distinct, and Britain could reject rules for the sake of other valued things. Neither is this apparent doctrine an isolated case. Unless we are claiming an Anglo-American privilege, if one major power can selectively refuse to submit to the Security Council or courts, why can’t others? Major states will invoke rules, and at their discretion, will break them. Theirs is a great-power privilege. This is the world we live in.

Thirdly, attempting to bring about a world of consistent rules, enforced by an international authority, will harm the West’s ability to navigate its way ahead. It is not the case, as some argue, that better rules or reformed institutions will adequately address the problem. The problem is more intractable. The world is a tragic place, where not all good things go together, and cannot offer dilemma-free clarity and consistency. Even doing good or principled things may require accommodation with oppressive regimes. Recall the celebrated case of Chile’s dictator Augusto Pinochet, who was put under house arrest in London in 1999. Prime Minister Margaret Thatcher was widely condemned for her unyielding support for Pinochet. As her critics fail to note, when Thatcher’s Britain fought to recapture the Falkland Islands from Argentina in 1982, it relied on Chile’s covert assistance, in particular early warnings of air attacks on British naval forces, warnings provided by long-range radar. On the one day the radar were switched off for maintenance, two British transports were sunk. Pinochet played a vital role in Britain’s victory, and took grave risks to do so. Were we to take legalists’ advice, and commit to arresting and trying the leaders of oppressive regimes, how confident could we be of their help in future?

At the dawn of the postwar era, Hans Morgenthau identified the legalist vision, that conceived of the world in absolute terms of peace, law and crime. This would make “compromise, the virtue of the old diplomacy, the treason of the new.” As Morgenthau’s critique implied, “rules” and “order” are distinct and conflicting concepts, just as “illegal” and “immoral” are concepts wrongly conflated. “Rules” suggest strictness, nonnegotiability and clarity, and above all a supreme umpire empowered to enforce the rules. Order, though, depends on compromise, negotiation and trade-offs, in the absence of a referee. Many of these require hard value judgements, in a world so messy that rules themselves can collide.

My own experience is that, off the record, government officials agree that their master concept is a charade. Yet, they reason, it is still worth pursuing. Is it, though, wise to pursue the impossible? There is no value pretending the world is anything other than it manifestly is. Instead of wishfully invoking a fictitious order that even our own states are likely to reject at critical junctures, our decisionmakers should consider how to negotiate a rougher world, the compromises they are willing to make, the violations they will tolerate, the principles they will need to stretch. If there is a pathway to peace, it is not the competitive invocation of rules, or the lawyerizing of foreign policy. Neither can solve the inherent dilemmas of power and order. The alternative need not be “mere anarchy.” If there is a workable world order to be forged, it will be made primarily by diplomats who go beyond reading international documents. It will rely on compromise, adjustment, mutual concessions and a continually negotiated universe, backed by deterrence and material strength. That may not be an attractive world. It is at least a realistic one, in which prudent diplomacy has sometimes succeeded. It is also the only world we can have. It’s sad that it needs repeating, but we can’t have it all.