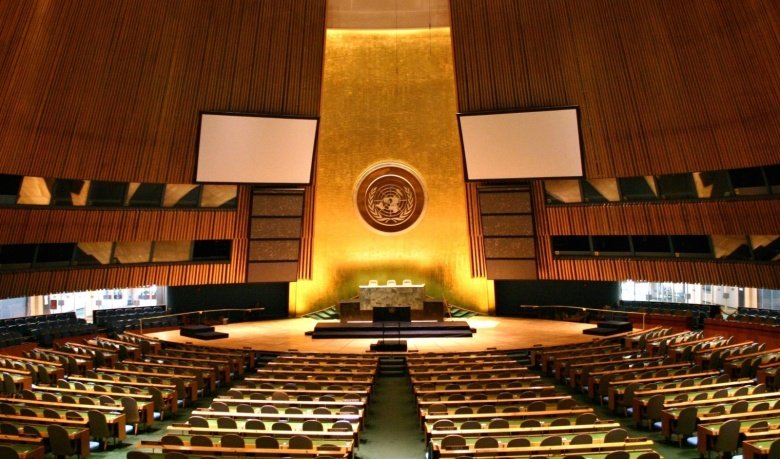 If there is one concept, endlessly recalled, that rings through debate about foreign affairs, it is the “rules-based” international order. The notion that all are bound by a global set of rules, an international law above power, is foundational to the UK National Security Strategy and the Australian Defence White Paper, and to the United States’ National Security Strategy. The United Nations itself was created to end the scourge of war and erect a rule of law in its place. This was always difficult, especially so now in an age of greater multipolarity and contestation, where the claims of sovereignty and the claims of human rights conflict, and observers worry that the very idea of rules is being eroded. “Rules-based” has become an incantation, summoned often and automatically, as though repeating it will make it so.

Order is better than chaos, obviously. A degree of regularity and process is better than the arbitrariness of power untamed, and it is better for states to formulate rough principles for the road, even if the road is unruly. The problem is not law. The problem is legalism, the ambition that formal rules can supplant power politics and substitute for wider judgement, that politics itself can be obviated by codes and institutions.

If faithfully observed, the idea that the world should revolve strictly around laws and their enforcement would quickly destroy a country’s ability to have a foreign policy. Five years ago, Amnesty International demonstrated where such doctrines lead, when it insisted that the Canadian government arrest former President George W. Bush for his part in torture while on a visit. Canada, surprisingly, resisted the temptation, deciding that it had other interests at stake in its relationship with a neighboring superpower—such as survival. Like other concepts that attempt to reduce the world to one big thing, legalism is of limited value. We can’t have a rules-based world order. Indeed, a fetish for rules is more the problem than the answer.

“Rules-based international order” is a seductive phrase. It sounds enlightened. It is part of the lingua franca of an internationalist class of lawyers, officials and commentators. It rolls off the tongue like other high-minded concepts, from “global governance” to “international community.” It is tailor made for the graduate lounge, the petition, the press release or the debating chamber. The concept is also a weapon that tempts major powers, its mantle offering their activities the exalted stature of police action. Tested in the unforgiving world of actual decisions, it doesn’t live up to its billing.

The absolute insistence on rules compliance is at the heart of a doctrine developed by former UN Secretary-General Kofi Annan and reasserted in the wake of the Iraq War. Annan, another advocate of the rules-based order, insisted that the United Nations is the “sole source of legitimacy” for the use of force. Annan’s doctrines rose to prominence in the days when the main focus of complaints about illegality was America’s Bush administration, whose invasion of Iraq without a final, second Security Council Resolution allegedly tore up a widely respected rule book, turning a built-up lawful order into a lawless world. For Annan, the lesson of Iraq was the need to work together through the UN. Unfortunately for that argument, most of the violence that occurred in post-Saddam Iraq took place after the United Nations Security Council passed Resolution 1546 in June 2004, unanimously authorizing the continuing presence of a multinational force. Iraqi insurgents had already showed what they thought of the “sole source of legitimacy” blowing up the UN headquarters in Baghdad. Is it possible that UN authority is not quite so all-important as legalists think it is?

Nevertheless, the idea has become contagious that military action can only be legitimate with the assent of the UN, an organization that once had Colonel Qaddafi’s Libya as chair of its Human Rights Commission, and whose Security Council includes regimes responsible for atrocities in Tiananmen Square and Tibet, or Chechnya and Crimea. Applied consistently, this doctrine would have blocked interventions that were justified morally and strategically, such as Vietnam’s intervention to end the Cambodian genocide, or Tanzania’s intervention against Idi Amin in Uganda. As the socialist intellectual Norm Geras suggested in his challenge to legalism, given the human weight of what is at stake, international law must take its chances “with the other pressing moral considerations that govern life and death.” If that applies to human rights, why not also national security or, indeed, international order itself?

Syria today raises the issue. Britain’s former secretary for international development Andrew Mitchell recently denounced the Russian-Syrian bombardment of Aleppo. Demanding international action to end the slaughter, he insisted that only the UN could “symbolise the authority of the international community.” Mitchell did not acknowledge that the Security Council has Russia as a permanent member, an active belligerent wielding veto power. The obvious problem is that one arbitrator of the rules is also a bloodstained aggressor that is unwilling to intervene against itself. In effect, Mitchell is asserting strict adherence to the very institutional obstacles that prevent the intervention he claims is morally urgent. If only there were no tradeoffs between the cause of international institutions’ authority and righteous military action. If only we could have it both ways.

China’s aggressive expansion into the South China Sea has restaged the problem of global rules. Observers, understandably enough, object to China’s exorbitant “nine-dash line” territorial claims, its incursions into disputed waters, islands and shoals, and its repudiation of the Permanent Court of Arbitration’s recent unanimous ruling against it. Again, critics complain that China’s misbehavior undermines a rule-bound order, demanding U.S.-led resistance to defend the rule of law. As when President Vladimir Putin bit off the Crimea and fell on the Ukraine, those who write so irenically about international “rules” suggest that geopolitical thuggery is a thing of the past, a nineteenth-century regression in a law-bound twenty-first century.

This ahistorical assumption, of a recent past of rule observance and consensus, explains some of the unwarranted surprise of critics, some of whom expected China to take up America’s invitation to submit to the rules of the Pax Americana. A rising China’s attempt to dominate its neighborhood, bully its neighbors and reject a tribunal’s verdict may offend. It should not shock. It is, historically, unexceptional. Neither does China show any sign of capitulating in the face of the verdict. It has responded with threats and escalation, and its own population if anything is more belligerent on the issue than its government. If a major power with the pressure of a multitude of nationalists will not submit to the “rules-based” order that apparently prevails, that order must have been fragile, or fictitious, to begin with.

It would be one thing if the “rules-based” cliché were harmless. It is not harmless. It suffers from three defects.

Firstly, its claims about “how things are” is untrue, historically and today. Contrary to those nostalgic for a rule-based liberal order that the United States bound itself to after World War II, there was never a golden era of rule adherence to which we can return. As Stephen Walt observed, historically “we mostly made up the rules, and chucked them or ignored them when they got in our way. . . there are rules, but we don't define the system in this way. For starters, defining the system as ‘rule-based’ doesn’t make much sense if the leading state(s) can ignore the rules whenever they want to.” The United States was not an umpire above the fray. Umpires don’t overthrow governments, assassinate rulers or blockade countries.

Every major power, past and present, including every permanent member of the Security Council, has on occasion significantly violated international law, or rejected the rulings of international courts, or even denied their authority. Jacques Chirac’s France, like Gerhard Schroeder’s Germany, opposed the invasion of Iraq on the grounds of opposing “unilateralism” and upholding the Security Council’s authority. Yet France itself flouted the same rule, participating in NATO’s unauthorized and illegal bombing of Serbia in 1999 to rescue Kosovo Albanians from genocide. As an American hawk observed, “if there ever was an international order of the kind they describe, then Europe undermined it in 1999, too.” In 1985, France sank the Greenpeace ship Rainbow Warrior, agreeing to arbitration but refusing to submit to the International Court of Justice. The United States has not even ratified the international Law of the Sea that it urges China to observe. In the 1980s, when Nicaragua successfully sued America before the International Court of Justice over the mining of its harbors, Washington refused to pay reparations and refused to recognise the authority of the court. America’s UN ambassador Jeane Kirkpatrick’s rationalization was inflammatory, and true: the ICJ, she claimed, is a “semi-legal” body that “nations sometimes accept and sometimes don’t.”

Secondly, the “rules-based” ideal cannot be realized in future, because of the tragic nature of international life. There is no transcendental impartial authority that can enforce rules in a disinterested and consistent way. There may be global governance, but there is no global government, and when states feel enough pressure they will rely on themselves if they can.