Team Obama's PR Blunders on the $400 Million for Iran 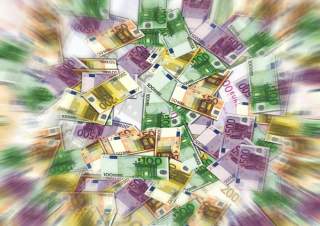 On August 5, I wrote in these pages that the Obama administration's $1.7 billion settlement with the Iranian government—coinciding with the transfer of five Americans from Iranian custody in exchange for seven Iranians in U.S. custody—was being politicized by congressional Republicans and used as a way to further bludgeon President Barack Obama's foreign policy in an intensely competitive election year. GOP accusations that the $1.7 billion payment served as ransom money to the Iranians in order to get the Americans freed was a largely unfounded judgment given the circumstances of the transaction—the money, after all, was owed to the Iranians after a weapons deal from the Shah's era was cancelled once the mullahs took control of the country. The release of the Americans, administration officials argued, was an entirely separate negotiating process that happened to occur at precisely the same time that the thirty-seven-year financial dispute was resolved.

The controversy over the $1.7 billion is not necessarily due to the nature of the transaction, but rather how the first $400 million installment was paid—on an unmarked cargo plane that was delayed until the plane carrying American prisoners took off from Iranian soil. Even more sketchy than how the entire ordeal was choreographed, however, is how the White House chose to deal with the press on this issue. To say the least, it wasn't good. At worst, it was a public-relations catastrophe on par with the administration's initial explanations about the September 11, 2012 Benghazi terrorist attacks.

Although it is certainly true that President Obama told the American people about the $1.7 billion settlement to the Iranians, the details were entirely left out of his remarks. Administration officials in the White House and the State Department didn't clear up the president's remarks with those details to the press afterwards, but rather chose to talk about the settlement and the prisoner exchange in broad terms. Why this was the case is unknown, but if the past several weeks of congressional ire are a hint, it would appear to have something to do with the fact that the transaction would inevitably be portrayed by members of Congress as an illegal ransom payment.

By withholding those details, the Obama administration managed to do what congressional Republicans and opponents of the Iranian nuclear deal couldn't have dreamed of: take a common financial settlement claim and snowball it into a miniscandal that provides Republicans running up and down the ballot with a nice talking point.

White House press secretary Josh Earnest is trying to make the best of a tricky situation. He faces the sharks of the press corps nearly every day, but the $1.7 billion settlement has no doubt turned the usually tepid daily press briefing into a feeding frenzy. "[O]ur story since January, about what we did, why we did it, and what we got out of the deal has been consistent," Earnest told reporters on August 22. "[T]he kinds of details that we're talking about now, while might be interesting fodder for a read in a spy novel on the beach, don't change our assessment about what exactly was concluded and how the United States benefitted from the conclusion of this series of agreements."

Earnest and the rest of his colleagues, however, are still missing the point of this entire episode. By hiding the "spy novel"-like details from the press when the plane full of cash took off for Iran this January, the White House has provided opponents of the JCPOA (of which there are many on and off Capitol Hill) with an open door. Rather than trumpeting about an agreement that has thus far worked and survived much longer than the majority of the House and Senate thought it would, White House and State Department officials are forced to talk in an endless loop about whether a ransom was made, whether the administration broke the law, and whether they will comply with a congressional hearing that Sen. Mark Kirk has promised when Congress returns next week after a seven-week vacation.

President Obama and his staff have shot themselves in the foot on what would normally be viewed as a normal settlement to avoid an even-larger financial claim. The White House can either stop the bleeding and provide Congress with the information and cooperation they are seeking (knowing full well that by doing so, they will still be criticized by members of Congress for being deceptive) or they can continue using Josh Earnest as a shield for the rest of the administration.

Image: A pile of money. Via Pixabay/public domain.