The Chilcot Inquiry Shows Why the Iraq War Still Matters 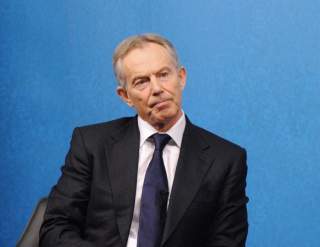 The perception that 9/11 created a new threat environment, which required a more robust response, also implied that the West had the capacity to act decisively and at acceptable cost to eliminate threats, in this case by removing a government from office and managing the aftermath. What Blair called a fresh calculus of risk was also a calculus of power. The United States and its allies originally presented the Iraq war as primarily a counter-proliferation war, to neutralize a dangerous arsenal and its owner. Claims of weapons of mass destruction were indeed a point of agreement for a range of rationales for invasion. Blair has since indicated that he would have supported the invasion anyway, given his belief that the regime’s pathological quality posed a wider threat to the region. We cannot get inside the exact evolution of Blair’s inner convictions. We can, though, detect that the decision to invade flowed from a more ambitious, visionary “world-making”. In that calculus, the West’s capacity to inflict self-harm hardly featured.

As several witnesses affirmed, there was insufficient planning for the post-war aftermath, and the project was incompetently executed, leaving British forces wildly under-resourced. Incompetence flowed not just from bureaucratic process or intra-alliance dysfunction. It came from a deeper and visceral assumption: that with an autocratic ruler removed, Iraq would naturally evolve as a market democracy. This assumption was partly due to the influential expatriate Iraqi lobby in Washington, who assured policymakers the whole task was possible. It also came from an entrenched “common sense” about the trajectory of modern states. All the liberators had to do, the main decision-makers seemed to assume, was remove the Baathist regime, and this would birth Iraq’s freedom.

There is nothing wrong with the notion that non-Western states can adopt liberal democracy. It is an error, though, to suppose that Western liberators can birth it at their timetable, in their way, at will, or that ensure peace as a matter of providing jobs, services and good governance all around. In post-Saddam Iraq, the political conditions were too fraught for such utopian hopes. Iraq was made up not of a homogenous national group whose hearts and minds could be won with clinics and ballots. They were distinct communal groups who, after decades of divide-and-rule, were anxious about survival. Elections might not be the pathway to peace, but for victors to take all and turn on the defeated. The bloodletting that erupted was most mostly on communal lines, with rampant criminality thrown in. By toppling Saddam's regime, the West removed a predatory king, only to present Sunnis and Shiites with the possibility of even more radical and existential threat. For those whose lives straddled the divide, life got even more dangerous. This is important, not only because it reveals the inadequacies of policy. It also suggests the flaw in the enduring conceit that if only we had a better post-war plan and didn't dismantle the army, Iraq would have been peacefully liberated. The problem was more fundamental, and could not be addressed through technocratic tinkering.

To put it bluntly: Britain joined the war partly because Blair presumed it would be easy. The assumption was that at end of the shooting, war would mark the end of political conflict. Against the background of what looked like stunning success in the more forbidding territory of Afghanistan, policymakers identified free elections and free markets, both competitive processes, with security and peace. The assumption persisted that Iraq had become a democracy, “largely at peace with itself” and “certainly no longer a threat to its neighbors” and was therefore neutralized as a threat. Then Secretary of Defence John Hutton testified as much in January 2010. Iraq had also become captured by an illiberal and sectarian regime that helped stoke the rise of the Sunni militant group the Islamic State that now threatens neighbors from a base in Iraq.

An important part of the calculus, according to high-level military and diplomatic participants, was the expectation that the United States had decided upon forcible regime change; that the issue was not whether but when and how that military preparations overrode diplomatic process; and that Britain could act as a brake on Washington’s unilateralism and influence American decision-making towards Iraq and beyond by taking part. The expectation that the “blood price” would purchase Britain significant influence is a powerful tradition, one that fell short. Not only did involvement not tilt Washington towards a concerted resolution of the Palestinian-Israeli conflict, it even failed to shape the conduct of the invasion itself. As Sir Jeremy Greentock indicated, in line with Army reports about prewar planning, U.S. officials hardly listened to UK advice or kept them informed of major developments.

At the core of the Iraq calamity is that Blair and the main architects of the policy believed in what they were doing. Whether the government misrepresented the strength of intelligence, to guard the truth with a bodyguard of lies is disputed. Their belief in the cause, however, is clear. Within government, opponents of war like former ministers Clare Short and Robin Cook agree Blair not only genuinely believed Saddam possessed an active weapons of mass destruction program, but that the war was the right step to protect Britain’s security and influence. As Cook told MPs, he had “no doubt about the good faith of the prime minister.” The burning sincerity and conviction of those involved in exercise was itself a “problem”. Sensing a world of clear and present dangers, overly impressed by Western capabilities and determined to steer a superpower, the believers left little space for dissent or scrutiny. Hopefully, Whitehall can build in ways of governing that subject strategic choices to more rigorous evaluation. Iraq was worse than cynical geopolitics committed with falsehood. It was a blunder, undertaken from the best of intentions. Let us not forget.