The Curse of 9/11: How to Stop the Dissipation of American Military Power 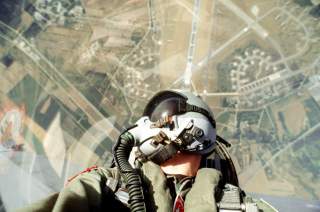 In 1991, the United States military crippled Saddam Hussein’s Iraq after a month of airstrikes, and a mere one hundred hours of ground combat. At that time no nation on the planet represented a conventional military threat to America. Our dominance was unchallenged. In response to the attacks on September 11th, however, the U.S. military diverted its focus to fighting insurgent groups. Fifteen years later, that conventional dominance is gone and with it, the unchallenged security the nation once enjoyed. We must move rapidly to reverse this condition.

Earlier this month, the United States and German armies hosted a tank competition among U.S. allies in Europe, called the Strong Europe Tank Challenge. The first-place winner was a German tank crew, followed by a Danish team and Poland taking third place. The U.S. teams, once the envy of the Western world, shockingly did not even place. In case any thought the outcome an anomaly, one week earlier in Fort Benning, Georgia, another tank crew competition was held, and the winner of the Sullivan Cup was also not an active duty crew. A National Guard team from North Carolina that included “an insurance adjustor, Pepsi truck driver, college student, and aspiring police officer” which “beat fifteen other reserve and active duty tank crews to place first.”

That’s no insult the National Guard—they should be justly proud of the victory—but when a full-time armored crew can’t beat a part-time team in the U.S. and doesn’t even place in international competition, something is deeply wrong. The reason for these poor performances is clear. Whereas prior to 9/11 armor units trained on maneuver warfare fundamentals hundreds of days a year, since that time many crewmen and leaders have gone years without any such training because they spend year after year training for and then deploying to counterinsurgency fights. Our potential adversaries, however, have not suffered such distractions and have gained in both warfighting proficiency as well as improved modern combat platforms.

Russian armor and infantry units have spent years training for maneuver warfare, significantly improving their capability, and have fielded state-of-the-art new tanks. At the same time, Chinese ground forces reorganized into more efficient combat units and conduct frequent and large scale field training exercises, constantly improving their conventional warfighting ability. Even technologically inferior North Korea has been improving their ground fighting capabilities while the U.S. bogged itself down in counterinsurgency. The results of these two tank competitions are canaries in the coal shaft we ignore to our peril.

One of the most repeated slogans voiced by those advocating for perpetual overseas military engagement is that when fighting terrorists, “it’s better to fight them there than here.”  There is virtually no evidence to support that contention. To the contrary, there is much evidence to expose how our never-ending airstrikes, drone attacks, special operations missions, and large scale combat deployments have served only to increase the number of terrorists and terror groups abroad.

The reason the United States hasn’t had a major terrorist attack on our soil since 9/11 has nothing to do with fighting “over there.”  It has had everything to do with the effective work done by domestic law enforcement, FBI, and other organizations to keep the borders safe, interdicting foreign plans before they occur.

As demonstrated in the anecdotes about tank crews above, our conventional warfighting skills have eroded to dangerously low levels. These skills are not easily or quickly rebuilt. The non-stop employment and dissipation of US military power abroad must stop before its strength can be rebuilt.

The solution to this imbalance is first to openly acknowledge the overwhelming evidence that the militaristic mindset we’ve been stuck in since 9/11 has failed to create necessary security apparatuses to defend the country. Once acknowledged, there are three steps that should quickly follow.

First: The U.S. should rebalance its foreign policy by elevating diplomacy to primacy, increasing the budget for the State Department, and increase efforts to attract and retain the best, smartest, and most creative talent in the country to the diplomatic corps.

Second: The U.S. Armed Forces should revert back to their core purpose of securing the defense of the country, up to and including reorganizing and reforming the Department of Defense. The Department must transform the way it does business; it must account for changing and evolving potential threats, exploit increases in combat capability made possible by new technology, and employ new organizations for combat that increases lethality and power.

Third: The United States must reinforce homeland defense using the tools that have proven successful in keeping us safe. Cooperation between the FBI, state and local law enforcement officials should be expanded. Politicians will have to finally take action on effective immigration reform to ensure that enemies of America are prevented entry. Effective systems must be developed that leverage international, national, and local intelligence data and creates a framework to ensure timely distribution to all entities that need it.

It will be a difficult and time consuming effort to reorient the way our leaders believe American national security can best be maintained. But there is no choice. Evidence continues to pile up that the militaristic, insurgent-focused foreign policy the US has been using for most of the past fifteen years has proven to be a failure. The security of our country has been compromised as a result. The damage is not irreversible, but improvement can’t start until we first acknowledge our current understanding is bankrupt. That recognition better happen soon.