The Danger of Establishing a New Grand Coalition in Germany 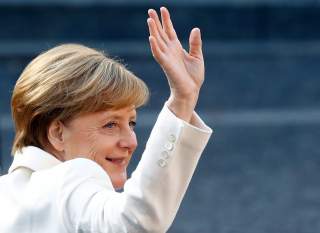 Three months ago German voters rejected the colorless status quo. The two traditional governing parties, the Christian Democratic Union (CDU) and Social Democratic Party (SPD), hemorrhaged votes, together barely collecting half the total, which was down two-thirds from four years before.

The CDU and CSU saw many of their voters shift to the AfD; with an election next year in Bavaria, the CSU is particularly determined to take a tougher stance on immigration. The SDP continued to lose supporters on the moderate left who saw their old party as a shill for Chancellor Angela Merkel’s rule after Martin Schulz, the leader of Germany’s Social Democrats, firmly ruled out a new “grand coalition,” insisting that his party would go into opposition. The FDP also felt used by Chancellor Merkel during its time as coalition partner, which ended in its electoral elimination in 2013.

For understandable reasons, the (West) Germany reborn from World War II emphasized stability. The Bundestag cannot be easily dissolved and parties must hit a five percent threshold to enter. Until the absorption of East Germany, there was no party to the left of the SPD. Until September, no party to the right of the CDU/CSU sat in the Bundestag.

Chancellor since 2005, Merkel advertised herself as being a pair of “safe hands” for Germany. But she, more than anyone else, is responsible for the rise of the political extremists. By squeezing serious disagreement and debate out of the political system, she destroyed the credibility of the centrist parties, fueling Die Linke and the AfD.

During her first term, Merkel ruthlessly stole issues from the SPD, minimizing the differences between the two parties. That allowed her to win a noteworthy victory in 2009 over her partners after their first grand coalition. She then joined with the FDP, but thwarted its pro-business agenda in their coalition rule through 2013. Having seemingly governed without purpose, the Free Democrats dropped from 14 percent of the vote in the previous election to less than five percent, and thus fell out of the Bundestag. That led to another grand coalition, further mixing the positions of the two parties. Both lost heavily in September; the SPD no longer even looks like a governing party, receiving a dismal one-fifth share of ballots.

The issue that proved most damaging was immigration. Amid the onrush of refugees from the Middle East and elsewhere, Germany in 2015 took in a million people, mostly men and mostly Muslim. The social consequences, though not as dire as sometimes forecast, were serious. Merkel’s ratings dropped and the AfD surged. As the number of refugees subsequently dropped the chancellor hoped to repeat her past dominance. But then the CDU/CSU suffered its worst result since 1949, looking good only in comparison with the hapless Social Democrats.

The SPD rejected another turn as junior partner and Merkel placed the AfD beyond the pale, leaving the only option to form a stable government the so-called Jamaica coalition, the CDU/CSU, FDP and Greens, whose combined party colors matched those of the Jamaican flag. But agreement on a common program was hindered by the Greens’ support for immigration, antagonism to economic growth, and enthusiasm for the European Union. The FDP eventually walked out, arguing that the differences were too great—and apparently believing Merkel again was undercutting the Free Democrats.

Germany could run an election repeat, but polls suggest little change in the result, leaving the problem unsolved. Merkel could set up a minority government, seeking support from other parties on an issue-by-issue basis. However, this has never been done in the new Germany and runs against the broad desire for stable governance. So pressure increased on the SDP to reverse course and agree to form another grand coalition.

Schulz soon caved. The party decided to formally enter into discussions with the CDU/CSU at its congress in early December. Andrea Nahles, the SPD Bundestag leader, said that “it’s no more and no less than having talks at the moment.” She also said, “It’s not automatic that we’ll end up in a grand coalition.” Theoretically, the talks could lead to new elections or a CDU/CSU minority government. However, Merkel has dismissed the latter possibilities, and most observers expect another grand coalition to result.

That might be convenient in the short term, but likely would prove corrosive in the long term. As long as nothing seems to change under the two main parties, voters will be more likely to seek alternatives that offer a choice rather than an echo. That risks further disintegration of the center and a rise of the extremes.

Worse, at the SPD congress Schulz offered an agenda almost certain to accelerate the flight of average patriotic Germans to other parties. He criticized immigration caps, endorsed a “United States of Europe,” proposed defenestrating from the European Union countries, which didn’t agree to a new consolidated government, and advocated a eurozone budget.

Even as an opening bid to the CDU/CSU, this list is likely a nonstarter. The Merkel government opposed previous proposals to transfer more national authority to Brussels. Moreover, the weakened chancellor will have a harder time promoting unpopular policies: the CSU has challenged her in taking a hardline position on immigration. With Bavarian elections looming, it cannot afford to be outflanked on the issue, which fueled the rise of the AfD and has been picked up by the otherwise liberal FDP.

Past bailouts, especially of Greece, also were unpopular with the CDU/CSU rank-and-file even as Merkel won European acclaim for her supposed statesmanship. More important is public opposition: the AfD initially was created in response to the Euro, or common currency. Only later did more xenophobic leaders seize control and focus on immigration. During the abortive “Jamaica” negotiations, the FDP clashed with the Greens over the transfer of more authority to Brussels and also is seeking to strip away dissatisfied CDU/CSU backers.

Indeed, in September the SPD, too, lost votes to the AfD. In fact, the latter’s strongest backing is in what was once East Germany among members of the working class. Unfortunately for Schulz, support for a United States of Europe is far stronger in EU office buildings in Brussels—where he served as president of the European Parliament before returning to Berlin—than the streets of Saxony, which is where people feel left behind in post–unification Germany.

Thus, campaigning to transfer more of the nation’s sovereignty to the European superstate is likely to lose more votes to the AfD than the number gained from the Greens, the strongest repository of “Eurocratic” sentiment. Forcing such views onto a renewed grand coalition almost certainly would accelerate flight from an already much shrunken center. Voters would become even more desperate to find, yes, an “alternative for Germany,” whether the AfD or someone else.

Even if Merkel rebuffed Schulz’s agenda for EU aggrandizement, another round of mushy coalition government likely would frustrate anyone dissatisfied with continued government at the lowest common denominator. The main parties would have proved themselves to have no role other than guardians of the status quo, encouraging a further fracturing of the political system. Change would require voting for someone else. France, Greece and Spain all have gone through this process, with once dominant parties reduced to fringe status, while new left-wing and nationalist groupings dominate.

Germany has an additional concern with the AfD. Although not a fascist party, despite its illiberal positions and rhetoric, the AfD has moved politics to the right of the CDU/CSU. The AfD could further drift toward extremism—nationalists defeated moderates at its recent party congress—opening historic wounds. That is more likely if the CDU/CSU joins with the SPD, again demonstrating that there is not so much as a euro of difference between the main parties.

Although Merkel undoubtedly feels more comfortable with the center-left, which shares her belief in little other than governing, she should consider trying to forge a coalition with the FDP and AfD. Forging another formless, valueless coalition primarily intended to ensure outsiders stay out is only likely to increase the appeal of the AfD. Indeed, the latter would become the formal opposition in the Bundestag, making it the most visible agent of change.

As it stands, a reduction in immigration/refugee admissions seems inevitable, given the CSU’s demands. Chancellor Merkel could use that shift to pull the AfD outsiders into government, forcing uncomfortable responsibility upon them. It wouldn’t be a step into the unknown. Other European nations have faced similar challenges in forming majority coalitions. In Austria and Finland, for instance, right-wing nationalists were co-opted and found it tough to be bomb-throwers while participating in government.