The Era of American Primacy Is Far from Over 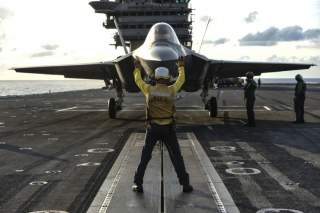 Is the era of American primacy over, and should the United States conduct a fundamental geopolitical retrenchment as a result? These questions are now being debated more seriously within the U.S. foreign-policy community than they have been for decades, and answering them correctly requires understanding four fundamental points about the arc of American power.

First, the possession of international primacy has benefitted the United States greatly over the years, allowing it to fashion a generally advantageous world order. Second, and contrary to what is often argued today, this era of American primacy is not yet over, nor will it end anytime soon—the United States still has a commanding lead in the most important dimensions of global power. Third, however, if American primacy still remains intact, that primacy is nonetheless growing more contested today than at any previous time during the post-Cold War era. And fourth, although it would be unwise for the United States to retrench dramatically from its globe-straddling posture, America will need to make greater investments, and greater efforts, to sustain its eminently favorable global position in the years to come.

Let’s start with the first point—that primacy has been very good for the United States. America has enjoyed some degree of international primacy since World War II, and an essentially unrivaled sort of primacy since the end of the Cold War. And over the course of several decades, Washington has used that primacy to shape an international system that, by any meaningful comparison, has been highly conducive to American interests and ideals. Washington has employed its power to uphold stability in key regions, to foster the spread of democracy and human rights, to anchor a prosperous and liberal global economy, and to contain or roll back the influence of aggressive authoritarian powers or other malign actors that might fundamentally disrupt this more or less happy state of affairs. To be sure, the temptations of power have occasionally gotten the better of Americans, leading to military interventions or other exertions that have proven counterproductive in the end—Vietnam and Iraq being the two foremost examples. But on the whole, the United States has profited handsomely from its primacy, using it to shape a fairly congenial global order.

Moreover—and this is the second key point—reports of American primacy’s demise are much exaggerated, just as they have been in previous instance of premature “declinism” over the past seventy years. For by the most important metrics, the United States still boasts sizable leads over its closest geopolitical competitors. Consider the economic balance. In 2014, America had a $17.5 trillion GDP that was more than $7 trillion larger than China’s. It’s per capita GDP—which is a key measure of how much wealth a country can actually extract from its citizenry to pursue ambitious international objectives—was around four times as large as China’s. If one considers more holistic measures like “inclusive wealth,” which takes into account factors such as China’s catastrophic degradation of its environment, then the U.S. lead becomes even larger. Add in all of the long-term economic problems that a country like China faces, and confident predictions of impending Chinese economic supremacy seem increasingly tenuous.

In the military realm, U.S. global primacy is even more pronounced. U.S. defense spending remained around three times as high as China’s as of 2014, meaning that the absolute American lead in overall military investment and capabilities is actually getting substantially larger each year. The U.S. military also has global power-projection capabilities that won’t be matched for decades, if even then; it has vast amounts of recent experience in complex operations; it possesses extraordinarily high levels of human capital, married to the flexible command-and-control structures needed to make the most of that capital. And, of course, the United States has literally dozens of allies that add significantly to the aggregate power of the community that Washington leads; challengers like Russia and China have a very small number of allies that are often more liabilities than assets. As Stephen Brooks and William Wohlforth have therefore concluded in a recent study of global power dynamics, “Everyone should start getting used to a world in which the United States remains the sole superpower for decades to come.”

Yet this leads to a third key point about American power—that although it is highly premature to say that the era of U.S. primacy has passed, it is not premature to observe that this primacy is being tested and stressed more strenuously than at any time since the Cold War. The challenges that the United States faces to its primacy today are arguably more serious than they have been at any time in a quarter-century; they are certainly more numerous than at any previous point during this period.

Undoubtedly sitting atop the list of those challenges is the return of great-power competition. Major regional powers like Russia and China—which never really accepted a post-Cold War order dominated by the United States—are now using their power and capabilities to push back against that order. They are seeking to dominate their “near abroads”; they are testing American alliances along the periphery of U.S. power. Indeed, notwithstanding the fact that U.S. global military primacy remains intact, these countries are developing and deploying capabilities that increasingly menace America’s ability to project that power into East Asia and Eastern Europe. Regional military balances are therefore shifting in adverse ways, confronting the United States with military and geopolitical challenges unlike any it has faced since the end of the Cold War.

American primacy is being tested in other ways, as well. The “end of history” has now ended—the world ideological climate is becoming more contested as the spread of democracy has stalled, and authoritarianism seems to be making a modest comeback. The exploits of the Islamic State, which has utterly destabilized a key region, and North Korea, which is reportedly working toward an ICBM capability to complement its growing nuclear arsenal, demonstrate that the challenge posed by “rogue” actors is probably greater than at any time since Saddam Hussein’s defeat in the Persian Gulf War in 1991. U.S. allies have become relatively weaker in terms of their shares of global GDP and defense spending over the past fifteen years; the European allies have systematically divested themselves of many key military capabilities. And within the United States, partisan gridlock and polarization have played havoc with the Pentagon’s force structure, modernization programs, and readiness over the past half-decade, amid broader questions about whether Americans care to sustain an ambitious global project any longer. It is still not time to panic about the state of American primacy, then, but there is real cause for concern.

So what is America to do? Advocates of restraint often argue that Washington should roll back many of the alliance commitments and forward deployments that have long characterized U.S. strategy, and fall back to a far more austere international posture. Yet as discussed previously, this position overstates the degree of American relative decline, for America’s primacy has not yet eroded to the point where it lacks options other than dramatic retrenchment. Moreover, as I have argued elsewhere at greater length, proposals for “offshore balancing” or other retrenchment-minded strategies rest on highly precarious assumptions about whether the world would remain stable and congenial following a major geopolitical retreat. In other words, if you think that the world seems dangerous and unstable now, just wait and see what it looks like without U.S. engagement and presence as we have known it for the past seventy years.

What is true enough, however, is that Washington will undoubtedly have to work harder—and invest more—to maintain an acceptable degree of primacy, and the benefits it has long provided. During the post–Cold War era, America has essentially been able to enjoy primacy on the cheap. It has spent as little as 3 percent of GDP on defense during this period, while also deferring hard choices about deficits, ballooning domestic spending, and other critical long-term fiscal issues. There will be no such luxury in the coming years.

The United States will need to make the medium- and long-term investments in defense necessary to shore up contested regional balances against Russian and Chinese challenges, and so it will have to address domestic spending and revenue issues in a more serious way. It will need to develop innovative capabilities and operational concepts that will allow U.S. forces to operate in more contested environments. More broadly, American officials will need to work creatively to get more out of the country’s existing alliances (by encouraging allies to adopt more cost-effective defense postures, for instance), while also diversifying those alliances and partnerships as a way of shoring up the foundation of the existing international order. And while doing all this, the United States will also have to maintain strategic discipline in how it uses its power, by steering clear of Iraq-like missteps that might sap its energies and undercut political support for a primacist posture.

This point touches on a final imperative, which is that American leaders will need to strengthen the political base of American primacy, by better articulating the case for why it is worth preserving. To do so, they will need to remind Americans that their country’s leadership and primacy has helped produce an international order that has actually been fairly exceptional in its stability and liberalism over the past seventy years, and that the costs of preserving that primacy may ultimately be minor compared to the costs of dealing with the more dangerous and unstable world that might ensue in its absence. For all the challenges it faces, the United States is still in a fundamentally favorable international position. How long it stays that way will depend as much on public sentiment at home as it will on events abroad.