The High Costs and Limited Benefits of America’s Alliances 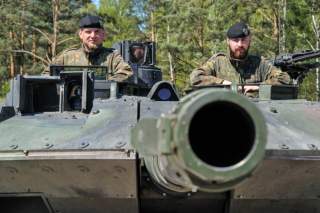 The United States stands at the center of a far flung global alliance system, which commits it to defend the security of countries rich and poor, great and small, liberal and illiberal. The principal U.S. formal alliances are the North Atlantic Treaty Organization, the U.S.-Japan security treaty, the Republic of Korea Treaty, and the Australia-New Zealand (ANZUS) treaty. The United States has less formal relationships with Israel and several Arab states, and many others around the world. The foreign-policy establishment insists that all of these alliances are central to our security. The reasons offered since the end of the Cold War to support this judgment are seldom clear, and the costs are always buried, if acknowledged at all.

The value of U.S. alliances should be judged on their contribution to U.S. security--the ability to defend the safety, sovereignty, and territorial integrity of the United States. The combination of the inherent strengths of the U.S. economy, the nature of modern military technology--both nuclear and conventional, along with the American military's mastery of those technologies--and two vast ocean barriers, make it either unbelievably foolhardy or hugely difficult for others to constitute a major threat to the U.S. homeland. Given the relative ease of ensuring U.S. security without extensive help from others, it is a challenge to show that the security value of these alliances exceeds the costs and risks incurred for them. In no case do current allies directly "defend" the United States, though some do occupy important strategic geography, which contributes to our military power. At best, our allies defend themselves with vast assistance from the United States. What does this assistance cost?

The United States bears four principal costs for these alliances: 1) the direct military costs; 2) the costs of wars waged mainly for the purpose of reassuring these allies; 3) the nuclear risks necessary to "extend" nuclear deterrence to these allies and 4) the "moral hazard" consequences of security guarantees, which have the perverse effect of driving down the defense efforts of allies and further driving up U.S. military costs.

Supporters of the present alliance system routinely minimize its military costs. The Department of Defense's accounting systems make the calculation of such costs difficult. One cannot find a clear official statement that apportions the DOD budget to Europe, the MIddle East, and Asia. If a lay person attempts such a calculation, they will be brought up short by the defining characteristic of U.S. post-Cold War force structure: the U.S. military is essentially a global strategic reserve that can concentrate in defense of whichever ally is most in need of assistance. Small numbers of U.S. troops live abroad in Europe, Asia and the Middle East, and these small numbers make the effort look tiny. We must therefore try to estimate the cost of the U.S. grand strategy that commits the country to defend all these places. I have argued that if the United States were more judicious in its promises abroad, perhaps a fifth of the defense budget could be cut (excluding the costs of actual wars), amounting to roughly one hundred billion dollars per year at current prices. This is a nontrivial sum with major opportunity costs: it could reduce the deficit; repair the country's crumbling infrastructure; retrain American workers to compete more effectively in the global economy, or simply be returned to the taxpayer. Instead it subsidizes the defense of prosperous allies, providing welfare for the rich.

The "credibility" wars that the U.S. fights, or threatens are another cost of the alliance system. The Balkan Wars of the 1990s fall into this category. So far, the post-Cold War world has not seen very expensive wars of this kind, but there was nothing about the Balkan wars that threatened the United States. Currently, members of the foreign-policy establishment argue that the United States should be assisting Ukraine in its fight with Russia and subverting the brutal Assad regime, in part to convince others of U.S. credibility. Once committed to defend allies everywhere, a state becomes obsessed with its political and military prestige, and vulnerable to the claim that "small" wars must be fought in the hope of deterring large ones. This is especially true when the actual strategic value of these allies is modest.

A third cost of these alliances is the commitment to nuclear war that they embody. We understood this during the Cold War, but no one discusses this anymore. Europe's principal potential challenger is Russia; Japan's is China; South Korea's is North Korea. To defend these regions or countries from their most plausible challengers, and to deter attack, the United States must convince those challengers that it would, if pressed, wage nuclear war on their behalf. (The difficulty of making its nuclear-escalation commitments plausible further tempts America to fight 'small' wars to build credibility.) Are these nuclear commitments strategically necessary? During the Cold War, at the margin, one could make the argument that they were. We did not want to see what the Soviet Union might extract from rich European states or Japan by way of extra resources, if it could cow or conquer them, and convert their economic assets into military power. Today, however, it is hard to argue that any of the challengers that these countries face today are capable of conquering these allies, or coercing them into making great contributions to the challenger's military war chest. The United States assumes nuclear risks in the absence of a clear case for doing so. To offer an extreme example, the Baltic states are members of NATO. The United States is committed to their defense if they are challenged by Russia. These states cannot defend themselves conventionally, and because of the peculiarities of their geography, neither can the United States (This was seldom discussed when these states were brought into NATO in the George W. Bush administration.) I believe that a full fledged Russian challenge over the Baltics is unlikely, but were it to occur the United States could face the alternative of a potentially irreversible military defeat or a dramatic and dangerous nuclear crisis.

Finally, these alliance commitments create a special kind of "moral hazard." The extravagant insurance that we offer these countries encourages them to engage in risky behavior. For the Europeans and Japanese, this consists of buying too little military insurance for themselves. Their defense budgets are too small even to sustain their present force structures. U.S. defense secretaries from both parties dutifully chide allies for their shortfalls and then go on to ignore them as we move to provide more security welfare. In NATO, for example, all but four of the allies fail to spend 2 percent of GDP on defense, an alliance commitment, while the United States spends 3 percent excluding war costs. (Germany, the fourth-most-productive economy in the world and the NATO ally best placed to assist the Baltic states, spends barely 1.2 percent.) Yet in the face of European concerns about Russian adventurism, the United States has rushed into the breach with five billion dollars of additional spending on European security over the last three fiscal years, which the Pentagon smuggled into the budget for Overseas Contingency Operations, whose purpose is to pay for actual unexpected war costs, and which therefore escapes the scrutiny of normal budget politics.

I have talked at length about costs. What about benefits? As noted above, during the Cold War the United States defended these places to keep them from being absorbed into the Soviet Empire and potentially contributing to its already significant power. Russia is a shadow of the Soviet Union, if Putin wanted to conquer Europe, Russia would need a much bigger and much better military than it has now, even if the United States were not present. Germany and France have the power potential to counter Russia easily, if they were concerned, which apparently they are not. Together, their two economies are more than four times as large as that of Russia. The strategic benefits to the United States of its NATO commitments are thus slim.

The U.S. commitment to security in Asia makes a bit more strategic sense, but even there the United States is overdoing it. To the naked eye, Japan would be a rich prize for an expansionist China. But, China's already large economy continues to grow, albeit at a slower pace than the last two decades, whereas Japan's seems destined to contract for demographic reasons. China thus has little incentive to expand by conquest because its relative power will rise without the risks and costs of war. China's Pacific neighbors, including Japan, have some defensive advantages of their own. The moats that separate them from China are narrower than ours, but they still can use those moats to help defend themselves. The same “anti-access area denial” (A2AD) military technologies that China employs to make it difficult for U.S. forces to enter the East and South China Seas in wartime can be employed by China’s island neighbors to make it equally difficult for Chinese forces to mount amphibious assaults across those moats. And since the U.S. Navy retains command of the open oceans, China could not blockade and strangle her island neighbors either. More problematic would be Chinese nuclear coercion, but this sort of blackmail has rarely, if ever, succeeded. And for the moment China does not seem to view its surprisingly small nuclear force as a tool of expansion. If China were to go down this road, Japan and South Korea could become nuclear-weapons states quite easily. Ironically, China seems to count on the United States to keep these states nuclear-free, even as China's behavior becomes more belligerent. Perhaps it would be better if China were a bit less confident of the U.S. restraining hand. All this said, U.S. alliances in Asia do make more strategic sense than does NATO because China is a growing power, in contrast to Russia. And however improbable, Chinese domination of the mostly weak island nations on its periphery would facilitate an ultimate challenge to U.S. command of the sea, a strategic advantage the U.S should strive to protect.