The NATO Alliance Is Terminally Ill 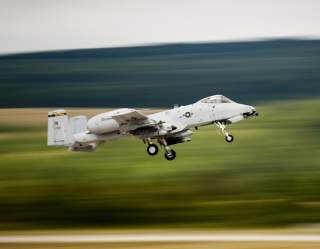 The attempted military coup in Turkey sent shock waves through NATO. No matter how the coup turned out, it would have bad news for the alliance. If the attempt had succeeded, NATO would have faced the embarrassment of having a member governed by a military dictatorship. Although that type of situation was tolerated during the Cold War (with respect to founding member Portugal, several military regimes in Turkey, and the brutal Greek junta from 1967 to 1974), matters are much different in the current environment. Since NATO portrays itself as an alliance of enlightened democracies, tolerating a dictatorial member now would be so politically toxic as to be nearly impossible.

That is likely a significant reason why the United States and other key NATO powers opposed the coup and quickly expressed support for the President Erdogan’s government. But Erdogan’s victory over an extraordinarily inept coup plot did not signal a victory for a truly democratic Turkey. Instead, his government has used the incident to purge not only the military, but the judiciary and the educational system of thousands of opponents. The extent and speed of the purge confirms that Erdogan simply used the attempted coup as a pretext for a plan long in place. NATO still confronts the problem of a member state that is now a dictatorship in all but name. That is likely to be unpalatable to several fellow members and cause serious tensions and divisions in the alliance.

But Turkey’s descent into authoritarianism is hardly the only sign of illness in the alliance. There are noticeable uncertainties about the most pressing security issue: how to deal with Russia. Most of the East European members embrace a confrontational stance toward Moscow, believing that any sign of weakness will only encourage the Kremlin to become even more abrasive and belligerent. NATO’s political and military leadership clearly favors a similar approach. So far, the hawkish strategy has largely prevailed. NATO has conducted air, naval and ground force maneuvers in the Baltic region, the Black Sea, Poland and Ukraine. The decision to deploy three battalions to the Baltic republics (along with one to Poland), ratified at the recent Warsaw summit as a symbol of NATO’s determination to defend even those highly vulnerable members, reflects a similar mentality.

The hostile stance toward Russia is not without its dissenters, however. German Foreign Minister Frank-Walter Steinmeier startled his alliance colleagues with extremely negative comments about NATO’s large-scale military exercises in Poland and elsewhere in Eastern Europe. Such measures, Steinmeier stated, were “counterproductive,” and he admonished NATO leaders to avoid “saber-rattling and warmongering.” We are “well advised not to create pretexts to renew an old confrontation.”

It is not coincidental that Germany was one of the major NATO countries most adamant about not extending membership invitations to Ukraine and Georgia, despite a vigorous lobbying effort by the United States, Britain, and most East European members. Berlin has also been, at best, a reluctant supporter of the Western economic sanctions imposed on Russia for its annexation of Crimea and its support of secessionists in eastern Ukraine. But Germany is not the only NATO member to exhibit doubts about the increasingly hardline policy toward Russia. Both Hungary and the Czech Republic have shown some reluctance. Turkey’s recent, very public, reconciliation with Moscow may lead to a further erosion of any NATO consensus in favor of an aggressive policy.

Potentially the darkest cloud on the horizon for NATO, though, is the U.S. presidential election. Although Hillary Clinton is reliably committed to the status quo regarding NATO (as she is on nearly every other major foreign-policy topic), Donald Trump is not. He has raised the burden-sharing issue in rather blunt and caustic terms. But Trump has sometimes gone beyond that question to express doubts about the wisdom of America’s alliance commitments generally, especially NATO. On more than one occasion, he has scorned NATO as “obsolete.” He has also expressed admiration for Vladimir Putin and indicated that he wants a far less confrontational policy toward Moscow.

And in his new interview with the New York Times, he casts doubt on his commitment to Article 5, the very heart of the North Atlantic Treaty. Article 5 proclaims that an attack on one member is an attack on all and obligates the United States to assist fellow members that are victims of aggression. However, Trump stated that he would decide to render aid only if the nations in question have “fulfilled their obligations to us.” Presumably, that meant keeping their promises about defense expenditures and other alliance pledges. He added ominously, “If we decide we have to defend the United States, we can always deploy” from American soil. “and it will be a lot less expensive.”

A Trump presidency might well be the last nail in NATO’s coffin. His administration would be almost certain to demand major reforms, and it is not out of the realm of possibility that he would even seek a U.S. withdrawal. It is the most serious potential fissure in the alliance, but it’s not the only one. NATO is an alliance showing multiple signs of a terminal condition, however much its partisans may want to deny that reality.

Image: “An A-10C Thunderbolt II ‘Warthog’ aircraft from the 163rd Expeditionary Fighter Squadron, lifts into the air during Operation Atlantic Resolve, July 19, 2016, at Sliač Air Base, Slovakia. Airmen of the 163rd Expeditionary Fighter Squadron have been taking part in OAR to conduct training and familiarization events alongside our NATO ally, Slovakia. The U.S. presence in Europe and the relationships build over the past 70 years provide strategic access critical to meet our NATO commitment to respond to threats against our allies and partners. (U.S. Air National Guard photo by Staff Sgt. William Hopper).”