The One Thing No One Wants to Talk About in Philadelphia 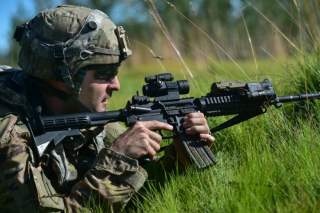 PHILADELPHIA—Here at the Democratic National Convention this week, so far I’ve heard discussions on a range of topics, from energy, to housing, to criminal justice reform. The solutions to these problems are fairly typical for the modern Democratic Party, with a kick of extra leftism thrown in for good measure. Hillary Clinton surrogates on the panels around town, for example, routinely talk about how the Democratic platform is the most progressive in the party’s history, a clear signal to Bernie Sanders supporters to cool it.

That message hasn’t exactly sunk in with the activists here. Pro-Bernie street protests crop up with some regularity. And then there are the #NeverHillary signs. That Sanders himself tried to redirect his supporters’ energies to Clinton—and was booed for it—didn’t bode well for party unity. Sanders’ gesture last night, calling for Clinton’s nomination by acclamation, may help.

If it doesn’t, and if Bernie supporters stay away from the polls in November, or vote for someone else, it could be that they realize that the party platform isn’t worth much these days. It could be that the Hillary vs. Bernie contest was never so much about actual policy positions, per se, but rather about Bernie’s relative outsider status, plus his unconventional style and unquestionable passion. It could be that Sanders’ supporters are most upset about Clinton’s approach to foreign policy, though my evidence for this is purely anecdotal. As I drove north on Monday morning, I heard a number of Sanders supporters, who had called into C-SPAN’s Washington Journal program, mentioning Clinton’s support for the Iraq war as a reason why they would never vote for her.

I wasn’t expecting the subject of foreign policy to come up much when I made my way into the Wells Fargo Center on Tuesday, in time to hear nominating speeches for Sanders and Clinton. Foreign policy is a topic that the DNC would like to avoid.

As it happened, however, I didn’t have to wait too long. In her nominating speech for Sanders, Tulsi Gabbard, the Iraq War combat veteran who has represented Hawaii’s Second District since 2013, made a point of calling attention to the “lives lost, lives ruined, [and] countries destroyed by counterproductive regime-change wars."

In retrospect, I shouldn’t have been surprised. Gabbard bucked the DNC earlier this year when she resigned as Vice Chair and endorsed the Vermont senator. She has been harshly critical of Clinton’s foreign policy, and of the elite consensus in both parties that presumes the United States must fix all the world’s problems. I’ll be watching how Gabbard talks about this issue for the remainder of this election cycle.

Gabbard and a few Bernie diehards notwithstanding, however, I don’t think that Clinton and other Democratic Party leaders will highlight foreign policy in the general election. And, when they do, it will mostly be to question Donald Trump’s temperament, and play to voters’ fears about Trump’s unpredictably, as opposed to a serious debate over America’s role in the world.

That’s too bad. As Emma Ashford and I explain in this op-ed in the Philadelphia Inquirer, neither of the two major party candidates are offering American voters a choice in foreign policy.

A more restrained foreign policy would not only be more popular, but also cheaper and safer.

In the end, I suspect that Democrats will rally to their standard-bearer, just as Republicans will to theirs. Each candidate’s record high unpopularity will largely cancel out. Too many voters will simply assume that they must choose from one of the two major-party candidates, even though there are others on the ballot who espouse foreign policy views that could be broadly popular with the American people.

I still hold out hope that we might have a serious debate over American foreign policy, which has largely been on autopilot for the past few decades. Trump’s occasional sour notes, on items such as the future of the NATO alliance, and the United States’ relations with major powers such as China and Russia, rile up the foreign-policy establishment, but his views are too incoherent to constitute a serious foreign policy.

The American people are hungry for something different, but they don’t quite know what that would look like. And, because foreign policy is not a particularly salient issue, it is unlikely to be a major factor in the election. Our wars are far away, seem relatively cheap, and directly affect only the small segment of the population that actually has to fight them. But that doesn’t mean that the wars are unimportant. Far from it.

So that puts the burden on the news media going into the general election. They should press all candidates to discuss America’s global role. They should ask them what they’ve learned from America’s experiences in Afghanistan, Iraq, Libya, Syria, Yemen and other invisible places. And they should expect them to articulate the approach to foreign policy that they will take, if they are afforded the privilege of becoming the next occupant of the Oval Office.