The Pentagon Must Stop Abusing the War Budget 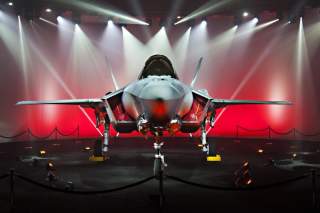 After years of claiming that the war budget has been limited to paying for the costs of foreign conflicts, the Pentagon has finally admitted that it has been using that account to pay for tens of billion of dollars in costs that have nothing to do with fighting wars.  This budget shell game has been particularly egregious in recent years, as the Pentagon has sought to evade the caps on non-war spending that were imposed by the Budget Control Act of 2011.

The revelation was recently confirmed by Pentagon spokesman Lt. Col Eric Badger. Badger acknowledged that this year’s request for the Overseas Contingency Operations (OCO) account – the formal term for the war budget – contains $30 billion for “enduring requirements” that have always been funded whether or not the nation was at war.

Budget analyst Todd Harrison of the Center for Strategic and International Studies has noted that the Pentagon’s admission “directly contradicts what DOD submitted to Congress . . . DOD is effectively acknowledging that it misled Congress and the public in its budget submission."  The department’s FY2017 budget proposal did partially lift the veil on this practice by noting that $5.2 billion of its OCO request was for non-war costs.  But it ends up that the proper figure was six times that amount.  Given this reality, it is not surprising that organizations like the Project on Government Oversight (POGO) have suggested that the Pentagon has been using the war budget as a “slush fund” to pay for all manner of items that don’t fit within its regular funding stream.

This is not an academic question.  The Pentagon argues that the $30 billion in extra funding now in the war budget should be incorporated into its regular budget after the wars in Iraq and Afghanistan are over.  This means its current budget projections could be off by as much as $300 billion over the next ten years.  If so, the public and the Congress deserve to know, so there can be an informed debate about how much to spend on the Department of Defense.

The ultimate question is not one of accounting, but of how much we really need to spend to defend the United States and support our allies around the world.  We are now spending roughly $600 billion per year on the Pentagon and related agencies, which should be more than enough to mount a robust defense. Current Pentagon spending exceeds the highest level reached during the Reagan administration, and the Obama administration has spent more than was spent during the two terms of the Bush administration.

If the funding now hidden in the war budget is indeed necessary, there is plenty of room to accommodate it without raising the Pentagon’s top line.

In a report I did earlier this year for the Center for International Policy, I identified $27 billion in wasteful Pentagon spending that has occurred in the past few years, from the use of government-issued credit cards to pay for visits to strip clubs to the destruction of billions of dollars worth of usable ammunition.

Major systems like the F-35 combat aircraft and the Navy’s Littoral Combat Ship are being pushed full speed ahead despite serious cost and performance problems.  Putting them on a slower path – or ending the programs altogether – could save tens of billions in the years to come.  The Pentagon’s $1 trillion plan to buy a new generation of nuclear-armed missiles over the next three decades is also excessively costly, a point recently noted by Hillary Clinton.

The Pentagon bureaucracy is also a potential source of savings.  Although there is no credible estimate of how many private contractors the Pentagon employs, even the department’s own low ball estimate puts the figure in the hundreds of thousands, larger than the size of the entire U.S. Army.  There needs to be a thorough analysis of these contractors to determine how many of them are doing tasks that duplicate work already being done by government employees.

The shenanigans with the war budget are reflective of a larger problem: the Pentagon’s inability to pass an audit.  The department cannot adequately account for the trillions of dollars it has spent since 1990, when it was first required by law to make its books auditable.  This is an invitation to waste, fraud and abuse.  If you can’t track what you’re spending, it’s hard to figure out when you are being ripped off.

Despite the massive resources at its disposal, the Pentagon and its allies in Congress are crying for more.  We should deny the department more funding until it can explain how it is using the money it already has.