The Taliban's Return Is the Opposite of 'Victory' 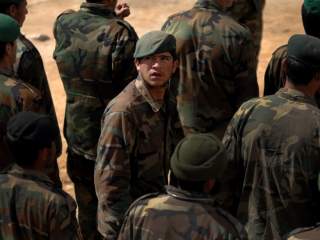 It has been a common refrain among defense and foreign policy opinion makers over the years to warn that if the U.S. doesn’t maintain a muscular foreign policy, it “sends a message of weakness” to our enemies and puts our security at risk. The stark and increasingly undeniable evidence, however, exposes the truth to be quite the opposite. Such arguments are tantamount to saying with sincerity that the best way to put out a house fire is by dousing it with gasoline. The latest evidence of this absurd logic is found in the off-the-radar security situation spiraling out of control in Afghanistan.

While most eyes have been riveted on the Islamic State (ISIS) in Syria and Iraq, the Taliban in Afghanistan have steadily increased in power while the Afghan government continues to founder and the Afghan security forces remain only marginally capable. Our failed strategies are not simply academic or “regrettable,” but pose serious risks to U.S. national security beyond just the terrorist threat on the ground in Afghanistan.

Respected Pakistani journalist Ahmed Rashid reported on December 12 that things had gotten so bad in Afghanistan that a Taliban return to power was “no longer improbable.” He also said that so long as the rising Taliban and the spiraling Afghan government continue on current trajectories, the “result will be further destabilization of Pakistan and Central Asia, creating the perfect conditions for the expansion of the Islamic State.” The worst, he wrote, “may well be yet to come.” After fourteen years of effort, hundreds of billions, and the loss of thousands of U.S. service personnel, how could things be this bad?

A parade of senior U.S. leaders since 2004 have all claimed the situation in Afghanistan was “fragile” but under control and “on the right azimuth” to success. At his change of command ceremony in Kabul in February 2013, the former commander of NATO troops in Afghanistan Gen. John Allen stunningly claimed allied victory when he told a group of dignitaries, “Afghan forces [are] defending Afghan people and enabling the government of this country to serve its citizens. This is victory. This is what winning looks like, and we should not shrink from using these words.”

Year after year such claims of success went unchallenged, were lauded by key opinion leaders, and influenced Congress to continue funding without requiring a fundamental change in strategy. Yet year after year, the strategic situation deteriorated. Today the Afghan government is barely functioning and it is possible that even with U.S. help the Kabul regime may fall and the Taliban return to power—or that an even more violent civil war may erupt along the lines of Libya and Somalia. Such fears are not without justification.

Earlier this year UN Deputy Special Representative to Afghanistan Mark Bowden said the security situation there was the worse it had been since 2001. There was, however, one bright spot: the UN and other aid agencies had recently been finding more success in getting help to those most in need. The reason for the improvement? “For the first time,” Bowden explained, “we have noted that the Taliban had made a statement about a unilateral ceasefire to allow assistance to reach all the people of Afghanistan.” When it is the violent radical group and not NATO being lauded for taking the initiative to allow more aide to reach those suffering, something is seriously wrong.

The mid-year 2015 report from the United Nations on civilian casualties reported the highest number of killed and wounded since the war began. There are today an estimated 50,000 Taliban insurgents, compared to only 2,000 as recently as 2006. Since the Afghan National Security Forces (ANSF) have had to take the brunt of the fighting since the withdrawal of NATO combat troops, they are suffering record numbers of killed and wounded and it is uncertain how long they can sustain this level of losses.

In every measurable way the situation in Afghanistan has spiraled out of control. Yet like General Allen before him, all these negative metrics have not dimmed the optimism of the current commanding general. In testimony before the Senate Armed Services Committee in October, General John F. Campbell, Commander U.S. Forces, Afghanistan, confidently told the senators “ . . . we are preventing Afghanistan from once again becoming a safe haven for Al Qaeda, other international extremist groups, and their hosts. . . . Afghanistan’s future and prospects for an eventual peace still remain promising.”

If the United States does not quickly discard the clearly failed Afghan policies that have been in place for the past two Administrations, the harm to American interests may be more than merely allowing terrorists a safe haven to plan future attacks, but to spark an explosion of the terror threat in the region.