The Turkish Coup Wasn't an Inside Job 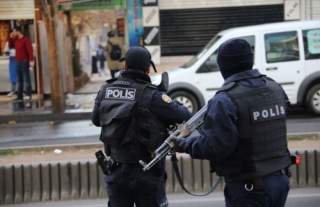 It is a whodunit worthy of Agatha Christie. Several theories have been floated as to who was responsible for the failed Turkish coup of July 15. One theory points to the CIA as the instigator of the coup. This argument is based on the conjecture that Washington had come to believe that President Erdoğan was becoming too big for his boots and ignoring American concerns in the strategically important Middle East, especially in relation to the war against ISIS, where, among other things, he was opposed to American cooperation with the Kurdish PYD in Syria.

The fatal flaw in this theory is that Turkey is far too important both to NATO and to the United States, especially at this juncture, for Washington to engage in such machinations. With NATO planes flying out of Incirlik Air Base on missions against ISIS targets, and with Turkey host to 2.5 million Syrian refugees that it can easily funnel into EU countries, an attempt at a coup against the elected government would be nothing less than moronic, especially since the chances of its success were minimal. Erdoğan, known as the bully of Kasımpaşa, is no genteel Mossadegh—and 2016 is not 1953.

The second explanation—advocated, among others, by the self-exiled Islamic scholar Fethullah Gülen (more about him later)—is that the fake coup was launched at Erdoğan’s own behest to provide him with the excuse to impose even more draconian measures to curtail political debate, crush his opponents, purge the military, impose a presidential system on the country and arrogate to himself near-dictatorial powers. Given Erdoğan’s recent track record, this may not appear too far-fetched. In the end, however, it appears that Erdoğan would have to be either very desperate or very stupid to attempt such a strategy. Erdoğan may be in overdrive in order to achieve a presidential system, but he is certainly not so desperate as to add a stage-managed coup to his repertoire of strategies. With so many lives lost, if the truth came out, it would end his political career.

The third theory propagated by President Erdoğan and his spokesmen is that it was Fethullah Gülen who masterminded the coup attempt, by remote control from rural Pennsylvania, and that it was carried out by his loyal followers in the Turkish military. It is true that the Gülen movement, or Hizmet as it is formally known, has penetrated Turkish society through educational institutions and charitable organizations that its members fund. It is also true that many members of the movement found jobs in the judiciary, civil service and the police force. They did so because as products of the Gülen schools, which are some of the best in Turkey, they were able to land responsible positions in the institutions of government. Secondly, as a consequence of the strong bonds instilled into them at the Gülen schools, they promoted the careers of fellow Gülenists.

Most important, until the end of 2013, they were staunch allies of the AKP, which saw the talented Gülenists as valuable instruments to replace the old secular elites in the judiciary, the civil service and the police and, therefore, helped promote them to senior positions. Why the AKP and Hizmet fell out is a long and complicated story that revolves around Erdoğan’s overweening ambition that could brook no competitors, even if they were his friends. The Gülenists, on their part, miscalculated their influence within the state structure and refused to kowtow to Erdoğan’s whims and fancies. Over the past two years, they have been systematically weeded out from their strongholds in the judiciary and the police.

But all this still leaves the question about Gülenist involvement in the plot unanswered. This is particularly true because it is difficult to believe that the Gülenists, despite their grudges against Erdoğan and the AKP, had penetrated the higher echelons of the armed forces in such large numbers as to attempt to overthrow the government all by themselves through a military takeover. This sounds rather implausible, given the strict secular culture and training of the Turkish military officer corps, which frowns upon even the mildest forms of religious observance in the armed forces. The government’s attempt to lay the blame exclusively at the door of the Gülen movement, therefore, appears to be overkill, as well as an attempt to use the failed coup to purge the remaining Gülenist elements from public life.

The fourth and final explanation is that some hard-core secular elements within the officer corps of the military, which is considered to be the strongest bastion of Kemalist fundamentalism, staged the coup. According to this theory, they did so for two reasons. First, they came to the conclusion that Erdoğan had gone too far in Islamizing the polity and had to be stopped before he amassed even greater power under an executive presidency and made the Islamization of Turkey irreversible, thus putting an end to Atatürk’s dream of a secular republic. Second, they deduced from recent events, ranging from the Gezi Park protests of 2013 to the results of the last two elections held in 2015, that Turkish society was divided to such an extent between the secularists and the observant that they could expect support from at least half the population. Furthermore, they extrapolated from the earlier experiences of 1960, 1971 and 1980 that at least some of the opposition parties would welcome the overthrow of the government and provide the coup makers with the fig leaf of legitimacy for their putsch.

All of these suppositions are plausible and conform to the historical pattern witnessed in Turkey. In addition to the coups of 1960, 1971 and 1980, the army has staged a “postmodern” coup in 1997 to remove an Islamist-led government. As late as 2007, the army high command sent a clear message through its website that it opposed the elevation of Abdullah Gül to the presidency because his wife wore a headscarf. This last attempt failed and, in fact, triggered a purge of leading military figures through the combined efforts of the AKP executive and Gülenist functionaries in the police and the judiciary. Additionally, the fact that Erdoğan has now made his peace with the military high command by blaming Gülen-affiliated members of the police and the judiciary for the trials and sentencing of high-ranking military officers (now reversed), in the Ergenekon and Sledgehammer cases, could have been read by secular officers as a sign of his weakness and thus tempted them to strike before he regained his stride.

This seems to be the most plausible explanation. The Gülenist elements in the military—and there are some, to be sure—most probably made common cause with dissatisfied secular officers against their common enemy. It is not surprising, therefore, that the government has been able to find enough Gülenists among the putschists to make the case that Fethullah Gülen was the chief architect of the coup attempt. This does not mean it was a Gülenist coup.

We know that the putschists’ calculations turned out to be wrong. The military high command stayed loyal to the civilian government, and the opposition parties were united in condemning the coup attempt. Above all, common citizens—both Islamists and secularists—turned out in their thousands to oppose the coup attempt. Although at this stage it is difficult to provide a definite answer as to who plotted the coup, and with what goals in mind, one can reasonably surmise on the basis of fragmentary evidence and the history of earlier coups in Turkey that the hard-core secular officers were most probably the dominant force in the attempted overthrow of the Erdoğan government, with some (one does not know how many) Gülenist officers acting in a supporting role.