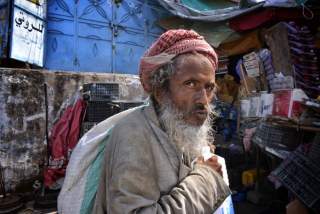 The White House recently acknowledged that drone strikes against terrorism suspects in nonwar zones have killed between sixty-four and 116 civilians. Independent groups, such as the New America Foundation and the Bureau of Investigative Journalism, put the number of civilians killed by drones at over two hundred and three hundred, respectively. Regardless of the exact number, these unintentional deaths—so-called collateral damage—matter.

Every one of those civilians killed has a mother, father, brother, sister or other relatives. Each of those now has powerful motivation to hate America, which makes them more easily radicalized and take the first step toward becoming a terrorist. According to Wing Commander Andrew Brookes of the International Institute for Strategic Studies in London, “Kill a wife, children, mother, or uncle and people become so angry the terrorist cycle starts all over again.”

Still, the administration defends the use of drone strikes. According to secret Presidential Policy Guidance, “lethal force will be used only to prevent or stop attacks against U.S. persons” when capture is not feasible. And such force is to be used only when there was a “near certainty” that “the terrorist target is present” and that “noncombatants will not be injured or killed.”

But how many drone strikes have been against terrorist targets who are a direct threat to the United States, i.e., someone like Mohamed Atta who was one of the ringleaders of the September 11, 2001 terrorist attacks? Are they truly imminent threats? Or are they more local terrorist threats in foreign countries? The data does not include designated war zones such as Afghanistan, Iraq, and Syria, but includes Pakistan, Yemen, Somalia and Libya. In other words, if U.S. national security is not directly at stake, how necessary have thousands of U.S. drone strikes been? It’s worth noting that classified documents leaked in October 2015 showed that in one five-month period of drone strikes in Afghanistan, as many as 90 percent of those killed were not the intended targets, and that those unintended deaths were classified as “enemies killed in action”, regardless of whether they were civilians or combatants.

Admittedly, the Hellfire missiles fired from drones are very accurate and are much smaller ordnance than bombs dropped from aircraft (one hundred pounds versus five hundred pounds or larger) so the damage caused is less. But—as the U.S. Army’s counterinsurgency manual FM 3-24 recognizes—“bombing, even with the most precise weapons, can cause unintended civilian casualties.” Consequently, “an air strike can cause collateral damage that turns people against the host-nation government and provides insurgents with a major propaganda victory.”

In other words, collateral damage is counterproductive to winning hearts and minds—which is particularly important in the Muslim world if we want to prevent Muslims from joining the ranks of ISIS, Al Qaeda, or any other radical Islamic group that espouses terrorism against the United States. According to investigative reporter Jeremy Scahill, lead author of the exposé “The Drone Papers,” drone strikes in Yemen recruited thousands for Al Qaeda in the Arabian Peninsula. According to one Yemeni who said U.S. drone strikes in his region killed many civilians, “The U.S. sees Al Qaeda as terrorism, and we consider the drones terrorism.”

Then there is the U.S. drone strike against a convoy of vehicles traveling to a wedding party in Yemen in December 2013. U.S. officials defended the attack claiming Al Qaeda militants we suspected to have been traveling in with the convoy. According to Human Rights Watch, at least a dozen killed were civilians. Per documents later released by the Yemeni government, one of those killed was a twenty-nine-year old man with an identification card showing him to be part of a Yemeni organization working to curb Islamist militancy (his father survived the strike).

So what is the cost of collateral damage? The families of civilians killed by U.S. drone strikes are supposed to receive condolence payments (the families of those killed in the wedding party drone strike were paid $60,000 each by the Yemeni government—the U.S. government did not acknowledge involvement in the payments). But the real cost is not monetary. Whether the number is one hundred or three hundred innocent civilians killed by U.S. drone strikes, the likely cost is hundreds more who will seek to avenge their loved ones—threats to the U.S. that did not previously exist.

Charles V. Peña is a senior fellow with the Defense Priorities Foundation. He has more than twenty-five years of experience as a policy and program analyst and senior manager, supporting both the Department of Defense and Department of Homeland Security. Peña is the former Director of Defense Policy Studies at the Cato Institute and author of Winning the Un-War: A New Strategy for the War on Terrorism.