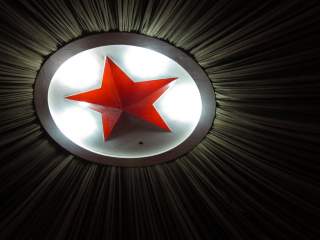 Since the lapse of the much derided “Vietnam syndrome,” Americans have come to simultaneously expect cost-free intervention and absolute homeland security. Washington should be able to wander the globe bombing and invading other nations while the United States remains invulnerable to attack. What could possibly go wrong?

It’s a charming vision. And in the early years after the Cold War it appeared to be a reality. The United States invaded Panama and threatened to invade Haiti at minimal cost. The Bosnian Serbs had no response when American warplanes arrived. Washington and its NATO allies bombed Serbia for seventy-nine days in 1989 without incurring a single casualty.

But then came 9/11. Terrorists angered not by America’s freedoms but by Washington’s actions struck back in horrendous fashion, which unleashed new rounds of larger and more violent U.S. bombings, invasions and occupations.

Those actions, in turn, resulted in more terrorist attacks. Iraqis surpassed Sri Lankan Tamils in the number of suicide bombings. Al Qaeda in Iraq was born, which morphed into the Islamic State, which the United States is fighting today. Europe became a target and copycat terrorist strikes—inspired by foreign jihadists—became the modus operandi in America.

Still, the human cost remained relatively low. Hundreds of thousands of Iraqis died in the aftermath of Washington’s invasion. Even the worst terrorist assaults against the West killed in scores, rarely much topping a hundred. They were awful, but posed no existential threat. Certainly they were not enough to stop myopic U.S. officials from launching one war after another, convinced that just one more intervention would make Americans secure again.

But now North Korea is building both nuclear weapons and ICBMs.

For six decades or more the United States has lived with the knowledge that Moscow, its great global rival, possessed nuclear weapons. China also developed nukes and eventually acquired its own deterrent, however limited. Latecomer India might expand its reach as it seeks to exercise global leadership. Yet despite often difficult relations with Russia and China, the United States is not currently in direct military confrontation with either country, let alone with New Delhi. Thankfully, the odds of nuclear war appear to be very low.

Now the unruly Democratic People’s Republic of Korea has barged into the genteel nuclear club. At the same time, it is feverishly working to develop ICBMs capable of targeting American cities.

Earlier this year President Donald Trump promised, “It won’t happen.” Now the DPRK has successfully tested a long-range missile that could hit Alaska. The result in Washington is shock, even panic.

It’s bad news, certainly, but hardly surprising. Unfortunately, public reaction to the North’s efforts is a mix of horror and confusion. North Korean dictator Kim Jong-un obviously must be an unbalanced crackpot. What he’s doing makes no sense. After the North’s latest test, an obviously befuddled President Donald Trump asked, “Does this guy have anything better to do with his life?”

Well, no, at least if Kim is looking after his nation’s—and especially his regime’s—security.

Moreover, which country has routinely imposed regime change on governments it dislikes for one reason or another? Which country even took out the dictator with whom it had negotiated the elimination of his missile and nuclear programs?

Which country has routinely threatened the other with military action, indicating that everything is “on the table?”

Of course, the Kim dynasty, stretching back through the current dictator’s father and grandfather, is evil, has oppressed its people, and is fully capable of starting a new war. However, there is no evidence that the current Kim is suicidal, nor is there evidence that either of his predecessors were suicidal. All behaved in ways which suggest a preference for virgins in this life rather than the next life.

That means they wanted to target the U.S. primarily to create a deterrent to prevent Washington from attacking them.

Nuclear weapons have a number of uses for the North. They provide international status, cement military loyalty to the regime, act as a tool for extortion from neighbors, and are a powerful weapon in any war—whether offensive or defensive. ICBMs, in contrast, have far more limited utility. Indeed, their only present use is to deter America.

The DPRK’s most obviously potential enemies are South Korea, the victim of Kim Il-sung’s attempted reunification campaign in 1950, and Japan, hated colonial master and potential belligerent in a future conflict. Long-range missiles are not needed to target either Seoul or Tokyo.

Pyongyang has shown no military interest in more distant locations, such as Europe, Africa, South America, South Asia or Russia. China is a frenemy at best, but still not a likely military target. Southeast Asia matters only to the extent that some countries contain military bases which might be used in a war against North Korea.

Then there is America.

The North would not gratuitously build weapons capable of hitting the United States absent a threat from Washington to attack the DPRK. North Korea’s leaders are evil, not stupid. They know they would lose any conflict with America. Pyongyang’s objective, therefore, is to keep Washington out. And the best way to do that normally would be to leave the United States alone.

Except that America’s leaders don’t want to leave North Korea alone. As noted earlier, Washington insists on threatening war. In that case, the best way to deter U.S. involvement is to possess a small but real nuclear deterrent. If the DPRK has a reasonable chance of turning even a couple American cities into “lakes of fire,” Washington’s calculus to intervene changes profoundly.

In the event of another Korean War, would the United States dare attempt to march north to the Yalu? Would Washington even consider massive conventional involvement similar to 1950? What if the South Korean government decided to follow up the rebuff of a DPRK invasion with its own march north against Washington’s wishes? Would American officials still be willing to hold the traditional “nuclear umbrella” over the Republic of Korea, risking Los Angeles and Portland to protect Seoul?

Suddenly, intervention doesn’t look like such a great deal for America.

Being held nuclear hostage is a bad deal. Ending unnecessary interventions is a good solution. With forty times the GDP, twice the population, a vast technological and industrial edge, and far greater international support, the ROK long has been able to defend itself conventionally. Washington should turn defense responsibilities over to South Korea and bring its troops home.

As for nuclear deterrence, the United States should weigh the downside of Seoul and possibly Tokyo joining the nuclear parade and building nuclear deterrents against the danger of being in the middle of a Northeast Asian nuclear shootout. No one wants to see nuclear weapons spread. But no American should want to risk the U.S. homeland to protect nations that are not vital to America’s defense and could protect themselves.

North Korea is teaching Washington an expensive lesson. It is easy to wander the world offering to defend friends and allies when one possesses overwhelming military power and potential adversaries have little means to hit back. When those conditions change, however, promiscuous intervention no longer looks so attractive.

President Trump should make his mark by bringing U.S. ambitions into line with foreign realities. It would be a painful process, but America’s safety depends on him doing precisely that.