Is the World Really Getting More Dangerous for America? 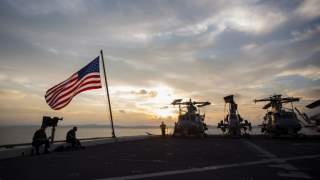 Senator Lindsey Graham famously announced that the world is “literally about to blow up.” Is this an accurate statement, or is the senator contributing to threat inflation? In partnership with The Center for the National Interest, the Charles Koch Institute gathered leading foreign policy experts to address the most important questions of the day, including: Is the world getting more dangerous for the United States?

The United States emerged from the Cold War as the world’s leading power. This “unipolar moment” afforded America an unprecedented amount of leverage with which to pursue its foreign policy objectives. As a consequence, the United States assumed the role of a global “firefighter,” using its unrivaled military might to attempt to extinguish foreign policy brushfires all around the world.

Examples of this firefighting include numerous interventions in Middle East, Africa, and South America. Interestingly, few of these can be directly tied to core U.S. interests like national sovereignty, territorial integrity, and continued prosperity. So, why does the U.S. military pursue ends so far removed from our vital national interests?

Several strategic advantages allow the United States to engage in this policy of global firefighting—a policy often defined as “liberal hegemony.” For one, America is flanked to its east and west by large oceans (“big moats,” as the University of Chicago’s John Mearsheimer dubs them). Additionally, the United States is favorably positioned between two friendly and comparatively weak allies. Furthermore, the Charles Koch Institute’s Will Ruger observes, the United States possesses the world’s largest economy and strong economies are the “foundation of military power.”

For these reasons and others, Stephen Walt of Harvard’s Kennedy School of Government argues that the United States is “substantially safer now than it has been at most of its modern history as a great power.” Walt contends that our interventions abroad, in Iraq and elsewhere, “have done more harm to the United States than anything a foreign actor has done to us in decades.”

Yet strategists’ foundational assumptions about America’s place in the world may not remain the same. Barry Posen of the Massachusetts Institute of Technology forecasts a shift toward bipolarity; Columbia University’s Richard K. Betts acknowledges that China’s economic power and regional influence are growing and that Russia has shed the shadow of the Soviet Union. For military strategists, these developments suggest that the United States may not continue to benefit from the same foreign policy leverage it has enjoyed in recent decades.

This change has implications for the United States that have not been widely explored. Senator Graham may have a point—it does seem like a dangerous world out there. And as Eugene Gholz of the Lyndon B. Johnson School of Public Affairs at the University of Texas at Austin says, there is a perception that the pace of dangerous events is accelerating. Civil wars in the Middle East, a refugee crisis in Europe, and rising tensions between China and its neighbors make the world seem unstable, and many Americans feel uneasy.

However, this does not necessarily mean that Americans are significantly less safe. Is the world “about to blow up”? Or could it be, as Gholz suggests, that “even if the world burns, the United States isn’t burning”?

Watch this video to see how esteemed foreign policy scholars answer all of these questions, and watch the full series to hear more discussions about U.S. grand strategy.