Trump Is Setting Himself Up for Israeli-Palestinian Failure 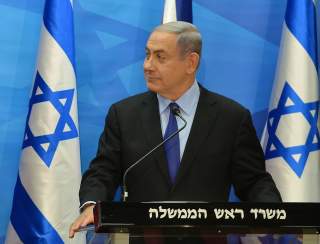 There is no potential international deal as coveted by peacemakers, Nobel Peace Prize winners and elder statesman than an agreement between the Israelis and Palestinians. Good men and women have worked tirelessly to accomplish just that, but all of them have either quit the process out of frustration or walked out of the room, convinced that they couldn’t do anything more.

President Bill Clinton came closest, breaking through the morass by establishing a semi-sovereign Palestinian governing entity in the West Bank and devoting the last few weeks of his second term to finishing what he started. But it was not to be. Yasir Arafat, then president of the Palestinian Authority, rejected a very reasonable offer from the Israelis, and Clinton left office dejected, exhausted and frustrated.

Presidents George W. Bush and Barack Obama had even worse luck. The second Palestinian intifada ruined any chance Bush had to even consider a peace effort in his first term. With suicide bombings in Israeli cities and killings in the West Bank and Gaza, there simply wasn’t any peace to build on.

After two bites at the apple during the Obama administration, which produced nothing but a ten-month settlement freeze and a few Palestinian prisoner releases, the forty-fourth president walked away, exceedingly convinced that the two-state paradigm—bipartisan U.S. foreign policy for decades—was at risk of falling apart.

Donald Trump’s reference to a one-state solution aside, his press conference with Prime Minister Benjamin Netanyahu shows that the businessman turned president, however unconventional and erratic, is very much in the peace mindset. “The United States will encourage a peace, and really a great peace deal,” Trump told reporters with Netanyahu standing next to him. “We’ll be working on it very diligently. But it is the parties themselves who must directly negotiate such an agreement.”

And therein lies the central problem: based on Netanyahu’s opening gambit and the Palestinians’ political dysfunction, any grand peace deal that Trump may have in mind isn’t going to happen this year.

Netanyahu can’t even get a few minutes of face time with Mahmoud Abbas, the Palestinian Authority president, to talk generalities, let alone a round of preliminary talks with Palestinian negotiators on the substance of what a negotiation would look like. And if we are going to be completely honest about the situation, Netanyahu’s demand that Israel retain security control along the Jordan Valley doesn’t provide much incentive to the Palestinian leadership to recalculate its approach. An Israeli presence on the border between Jordan and a prospective Palestinian state is as politically toxic for the Palestinian Authority as an immediate withdrawal of Israeli troops is for Netanyahu’s coalition government. Any proposal that is politically toxic to key domestic constituencies in Israel or Ramallah will be a nonstarter at this point in the game.

If Trump truly wants to accomplish what no other U.S. president could, he needs to face reality and accept that a comprehensive peace accord this year is probably a waste of time and could even harm the future of the negotiating process. The failure of every round of peace talks further damages the credibility of the entire two-state solution as an option, increases doubts among those in Netanyahu’s government who are already doubtful of the Palestinians as a peace partner and provides hardliners on both sides of the Green Line with more political leverage. Forcing a process on the Israelis and Palestinians when both sides simply aren’t ready to discuss major concessions would be a repeat of the mistakes President Obama made early in his first term. Even the United States can’t force an accord between two sides that don’t believe in the process to begin with.

The best the new Trump administration can do as this point is rebuild a sense of understanding and a modus vivendi between Tel Aviv and Ramallah—if that is at all possible—before plunging into a new round of peace talks. This may not be a sexy or headline-grabbing approach, which may in itself deter the optics-conscious president. But it may be the best way for Trump to break Washington’s cycle of failure. Otherwise, the president will wear the stench of failure, like his predecessors, wondering why he was in such a rush.