Trump's Love of 'Winning' Could Lead America into a Costly War 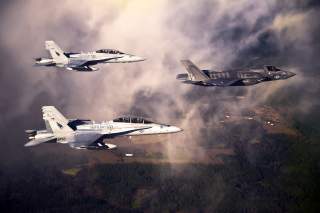 A grim reality is sinking into the minds of the average American—“We don’t win anymore.”

This notion doesn’t sit well in a country that bested Nazi Germany and the Empire of the Rising Sun, put a man on the moon, outlasted the Soviet Union in the Cold War and drove Saddam Hussein from Kuwait in a matter of days. That country shouldn’t struggle so mightily to defeat insurgent groups whose most lethal weapon is explosives fashioned from common household items and discarded artillery shells or old landmines.

Our failure to win was a frequent refrain during Donald Trump’s successful campaign. And it resonated. His solution was elegantly simple to say, but devilishly difficult to implement: Fight harder, or stop fighting.

Once in office, the commander-in-chief continued to lament the sorry state of the nation’s military, and hinted that he wasn’t above walking away from a hopeless contest. “We never win, and we don’t fight to win,” he told the nation’s governors in February. And he promised, “We’ve either got to win, or don’t fight it at all.”

But, five months later, Donald Trump is learning how hard it is to leave. That doesn’t mean, however, he has figured out how to win.

One can almost sympathize. Almost.

Trump avoided military service in Vietnam, but attended a military high school, that, he said, gave him “more training militarily than a lot of the guys that go into the military.” So he thinks he has more-than-a-passing knowledge about martial matters. And he—like most Americans—has seen the U.S. military’s formidable capabilities, for example, on television or in movies, and in flyovers at sporting events. Trump and others imagine that this power inevitably leads to victory. And they still believe this today, even in the face of overwhelming evidence to the contrary.

Last weekend, for example, at the commissioning of the USS Gerald R. Ford, the Navy’s newest aircraft carrier, President Trump said: “When it comes to battle, we don't want a fair fight. We demand victory and we will have total victory, believe me.” The president also claimed “This ship is the deterrent that keeps us from having to fight in the first place.”

The Council on Foreign Relations’ Micah Zenko observed “if this were true the Taliban would have quit 15 1/2 yrs ago.”

But Donald Trump isn’t alone. Many people, especially those with no military experience, believe that if you can kill with precision, then you will achieve the political effects that you intend. The corollary to this view is that a failure to achieve our desired ends must flow from a lack of will to use this prodigious power. That explains our rare failures, as in Vietnam, for example.

Donald Trump didn’t suffer from this problem, he assured his supporters. “We will have so much winning if I get elected that you may get bored with the winning,” he promised.

As noted, however, Trump didn’t merely speak of winning the wars we were in. He also spoke out, at a time when very few Republicans would do so, about avoiding stupid wars, including the war in Iraq. And a number of people that voted for Trump didn’t want to try harder. They wanted mainly to stop trying.

Which brings us to Afghanistan. As Politico reported last week, the White House is wrestling with what to do there. For now, Donald Trump is resisting calls from National Security Adviser H. R. McMaster for a major U.S. troop increase. Trump told reporters “I want to find out why we’ve been there for 17 years.” And when asked on his way into a meeting in the Pentagon whether he intended to expand the U.S. presence there, Trump replied “We’ll see.”

The easiest course, politically, is to continue to employ force—launch the missiles, send in the troops, “bomb the sh*t out of” them—and hope that the video footage of explosions, clouds of smoke and the rare dead body (of a bad guy; all the dead bodies are bad guys, we’re assured) maintains a whiff of something approaching victory. The real object, however, is to avoid the unmistakable odor of defeat.

But, eventually, the politician needs an actual win. My great fear is that Donald Trump, desperate for one, will seek it against North Korea or Iran, rather than merely expanding the fights he inherited from his predecessors.

And he will discover, too late, that winning isn’t easy there, either.