Video: "We Believe That More Than 20,000 Daesh Gunmen are in Mosul" 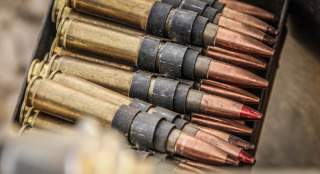 Last March I travelled to Northern Iraq to ascertain conditions regarding the preparation of the Iraqi government’s plan to reclaim Mosul from ISIS control. My observations and analysis were published in this space. About three weeks ago I went back to follow up on those observations and get an update on preparations.

During the course of my late August visit I was able to interview the Foreign Minister of the Kurdistan Regional Government (KRG) in his Erbil office, the commanding general of the lead Peshmerga brigade at his headquarters in the field facing ISIS, visited two refugee camps including the newest called Debega (which has been built specifically to care for those fleeing ISIS from the Mosul area), and interviewed a number of displaced persons. My encounters led to some troubling discoveries.

Both Foreign Minister Falah Mustafa Bakir and Peshmerga general Bahram Yassim repeatedly emphasized the imperative of coming up with a plan – and the resources – to take care of the additional refugees that will flood into the Kurdistan region to escape ISIS.  Mr. Mustafa told me that a UN study concluded that they would need an immediate $284 million just to establish sufficient facilities to handle that many refugees, but that to sustain them over time it could cost up to $2 billion.

As of now, however, little has been visibly prepared. General Yassim warned he had seen insufficient action “from the UN nor NGO organizations, preparing places for (the internally displaced persons, or IDPs), being ready to serve their needs or feed them.”  Mr. Mustafa said he was deeply worried that the current “humanitarian crisis could turn into a humanitarian catastrophe” unless the international community provides the money and physical resources before operations begin. Once the fight does start, however, the next challenge begins.

The looming battle for Mosul is going to be much harder both militarily and politically than often portrayed in the media. The fight against ISIS there could be a very costly and protracted operation. It might also degenerate into an Aleppo-type siege where neither side is able to win an outright victory, degenerating into a stalemate of unknown duration. Yet the biggest challenge to peace and stability in Iraq might come after the liberation of Mosul.

General Yassim said he had real concerns over what happens after ISIS has been defeated in Mosul. He said it is important that Mosul be governed by representatives of all ethnicities to avoid the rise of a new Islamic terror group. But his greatest concern after Mosul are the Shia militia.

“We all know that Hashd al-Shabi is not an Iraqi force,” the general began. “They are designed solely to work for the benefit of their own ethnicities, which are Shiite” and he was uneasy that in the future they might “want to put all Iraq under Shiite control.”

I asked General Yassim if he thought it was possible Shia militias and Kurdish forces might one day come to blows if the militias tried to hold territory in Kurdistan.  He paused, and then said, “Those are the problems we will face after Mosul. We have to prepare ourselves (for that possibility) beginning now.”

There have recently been unconfirmed reports that coalition forces have set a late October date to launch the full scale assault on Mosul. The chances that all the humanitarian preparation could be complete by then are nil. The probability that all the various militia and armed fighting forces had ironed out all their political differences about who will be responsible for liberating what part of Mosul seems low. The possibility that once ISIS has been cleared from Mosul the various militias will be willing to surrender the part of Mosul they fought to clear to a city government that might not be from their ethnicity is uncertain.

What does seem certain, however, is that the defeat of the Islamic State in Iraq might not be the end game for armed conflict as many hope. Instead, it might merely herald the beginning of the next, violent round of civil conflict.