A Warning Before Injecting U.S Military Force Into Libya Again 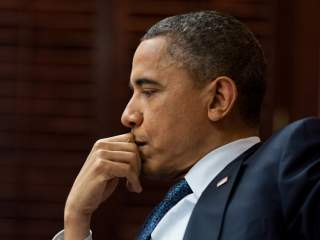 As violence worsens in Libya, many senior U.S. officials and opinion leaders are warning that the president must order “decisive military action” lest the Islamic State continue to gain influence there. Yet there is almost no evidence to suggest using force in Libya will improve the situation—and plenty of examples in the past two decades to suggest that it would do just the opposite: Afghanistan 2001-present, Pakistan (drone war, 2005-present), Iraq (2003-11, 14-present), Yemen (drone war, 2009-present), Libya 2011 and Syria 2014-present—the violence and instability in every single one of those locations is far greater today than it was before we intervened militarily.

Even Libya itself shows the dangers of military action. The deteriorating situation there was in large measure made possible by America’s ill-advised airstrikes in 2011. Foreign Affairs declared last March that the U.S. intervention in Libya “was an abject failure, judged even by its own standards. Libya has not only failed to evolve into a democracy; it has devolved into a failed state.” The Associated Press reported on Monday that officials in Algeria and Tunisia have suffered attacks on their soil emanating from Islamic radicals in Libya, yet both “fear Western military intervention will exacerbate the problem.”

Consider what the situation in Libya might look like today if the U.S. had kept its sword sheathed in 2011. Muammar el-Qaddafi probably wouldn’t have been murdered by a mob after being driven from power and might still reign there. Certainly, Qaddafi ruled oppressively; in 2010, Human Rights Watch reported that Libya

“maintains harsh restrictions on freedom of assembly and expression, including penal code provisions that criminalize ‘insulting public officials’ or ‘opposing the ideology of the Revolution,’ although there has been slightly more media debate in recent years, particularly online.”

But would Human Rights Watch, or anyone else who studied Qaddafi-era Libya, argue that its people are now better off? Without a doubt, the political, security and humanitarian situations in Libya are all profoundly worse today than before Western military intervention. Diplomacy, however, has just recently scratched out at least a ray of hope.

On Sunday, after a fractious and contentious process, a UN-backed Presidential Council finally announced that a revised national unity government had been agreed upon, and the list of ministers would now be submitted to the internationally recognized Parliament for a vote. One of the Council’s members, Fathi al-Majbari, said of this tenuous agreement, “we hope that this will be the beginning of the end of the conflict in Libya.”

Those who are lobbying for more military power should lay out a rational vision for how injecting yet more armed violence into Libya will improve security when a small reed of political hope is sprouting—especially when all previous belligerent efforts have deepened the crises. Which of the many competing political and opposition groups in Libya should we choose as winners to support politically and which will we de facto designate as losers? And if our chosen groups do rise to take the reins of power, to what extent will the people of Libya support them? And what is the likelihood that those and their followers whom they made losers would peacefully subordinate themselves in the name of democracy?

If advocates can’t provide a compelling strategic rationale for answering these and other critical questions, we must accept the results of sober analysis and realize that employing lethal force is likely to backfire, again, fueling more violence and scuttling even the meager political progress that has been made.

Sometimes, as hard as it is for many to accept, the most effective way to safeguard American interests and minimize human suffering is to withhold using deadly force and, instead, redouble our diplomatic might.