We Defeat ISIS. Then What? 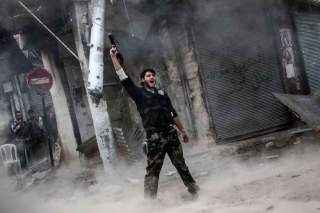 A consensus has emerged in the American political community (throughout both its GOP and Democratic branches) that the United States can and should obliterate ISIS. The implicit (and sometimes explicit) assumption that inflicting a crushing defeat on the terrorist organization will solve most of our major problems in the region. For realists, this creates an eerie sense of déjà vu. We have encountered such unrealistic, often downright magical, thinking all too often before, with extremely unpleasant results. Rather than ushering in an era of enlightened tolerance, the defeat of ISIS is more likely to be simply another round in an ongoing, extremely complex regional struggle for power. And for America, the verse from the old Simon and Garfunkel song “Mrs. Robinson” may apply:  “Laugh about it, shout about it, when you’ve got to choose.  Ev’ry way you look at it, you lose.”

The defeat of ISIS will not change the underlying reality that both Iraq and Syria are horribly broken societies—largely because of U.S-led, regime-change schemes. It will be nearly impossible to put either country back together again. To start with, Iraqi Kurds have maintained a de facto independent state for over a decade. They are not about to submit to Baghdad’s (badly frayed) authority. Indeed, Iraqi Kurds took advantage of the most recent chaos to seize Kirkuk, the oil-rich prize that had been in dispute since the U.S.-led invasion and occupation of Iraq in 2003.

Syria’s Kurds have been more recent and more limited in their success, but it is still impressive. Over the past year or so, they have managed to gain control over a wide swath of majority Kurdish territory in northeastern Syria along the border with Turkey. They have no intention of submitting to the authority of the beleaguered government of Bashar al-Assad or the Sunni Arab-dominated anti-Assad insurgency. Indeed, both Iraqi Kurds and their Syrian brethren see the current turmoil as an opportunity to achieve their dream of a united Kurdish homeland—a Greater Kurdistan. The development of that entity, though, would agitate Washington’s NATO ally, Turkey, since nearly half of the region’s Kurdish population resides inside Turkey’s borders. Crushing ISIS doesn’t solve that problem. If anything, it exacerbates it.

The Kurdish issue underscores a larger policy question for U.S. officials. Are they prepared to see the breakup of Iraq and Syria into multiple states with greater ethno-religious cohesion? So far, the answer has been “no.” But the bloody conflicts in both Iraq and Syria have a heavy overlay of a Sunni-Shiite struggle for dominance.  Are we willing to station American forces in those two countries to keep the contending parties from slaughtering each other? Have we given any serious, sober thought (as opposed to neocon wishful thinking) to how many troops that might require? Are we prepared to keep those troops in an extremely dangerous combat setting for twenty, or thirty years—or perhaps even longer? Are we prepared to see dozens of them come home each year in body bags? How about hundreds? How about thousands?

We need to understand that the war against ISIS is simply the latest phase of a hyperinterventionist U.S. policy in the Middle East that has been going on for decades. And each time proponents insist that the latest victory will be the definitive one. I remember well how hawks throughout the decade before the Iraq War kept urging a military offensive to overthrow Saddam Hussein and “take care of the problem once for all.” They got their wish in 2003. The problem of Saddam was indeed solved, but the invasion created an assortment of new, even worse problems.  Inflicting a crushing defeat on ISIS may well do the same. It certainly is not likely to be the policy panacea that its proponents seem to assume.

Ted Galen Carpenter, a senior fellow at the Cato Institute and a contributing editor at The National Interest, is the author of ten books on international affairs, including most recently, Perilous Partners: The Benefits and Pitfalls of America’s Alliances with Authoritarian Regimes (2015)