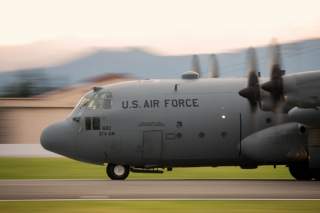 Congress is poised to yet again deny the Pentagon’s request to reduce its excess overhead. Last month, Deputy Secretary of Defense Robert Work wrote the leaders of the relevant congressional committees making the case for a round of military base closures (also known as BRAC—Base Realignment and Closure). It was the fifth time that the Pentagon has asked Congress to approve another BRAC, the last of which occurred in 2005. Rep. Mac Thornberry (R-TX), the chairman of the House Armed Services Committee, was quick with an answer: no. The National Defense Authorization passed out of his committee late last month bans another BRAC. The versions under consideration on the Senate side would as well. Sen. Kelly Ayotte (R-NH), chair of the SASC’s Readiness subcommittee, explained "I do not want to give the department the open-ended authority to pursue another BRAC round that will incur significant upfront costs.”

For his part, Thornberry dismissed the Pentagon’s claim that another BRAC was needed, saying that he was “interested in objective data that leads them to think there is too much infrastructure.” But, as the AP’s Robert Burns noted, “The data is fairly clear, even if Thornberry doesn’t believe it is objective.”

In a thoroughgoing review, the first of its kind in twelve years, the Pentagon concluded that the military will have twenty-two percent excess capacity as of 2019. The Army will be carrying the greatest excess overhead—thirty-three percent according to the DoD study—while the Air Force will have a thirty-two percent surplus. The Navy and Marine Corps combined will have seven percent surplus in 2019. These projections are not based primarily on expectations of a much smaller force. For example, the Pentagon estimates that the Army will have only one fewer active brigade combat team, and one fewer reserve brigade combat team (BCT), in 2019 than in 2016, while the Navy will have eighteen more ships, and the Air Force will have 47 more aircraft. Combined active duty and reserve end strength, meanwhile, will decline by a mere two percent between now and 2019 (from 2.09 to 1.97 million), with the Army accounting for more than eighty-three percent of the decline. Even if Congress or the next administration succeeds in slowing or reversing proposed personnel cuts, the Pentagon will still be saddled with considerable excess capacity well into the 2020s.

“Absent another BRAC round,” the report explained, “the Department will continue to operate some of its installations suboptimally as other efficiency measures, changing force structure, and technology reduce the number of missions and personnel.” Calling the BRAC process “the fairest approach for working with Congress and local elected officials to close installations,” the DoD noted that the alternative of “incremental reductions” “will have an economic impact on local communities without giving them the ability to plan effectively for the change.”

Work echoed these sentiments in his cover letter to congressional leaders:

Under current fiscal restraints, local communities will experience economic impacts regardless of a congressional decision regarding BRAC authorization. This has the harmful and unintended consequence of forcing the Military Departments to consider cuts at all installations, without regard to military value. A better alternative is to close or realign installations with the lowest military value. Without BRAC, local communities' ability to plan and adapt to these changes is less robust and offers fewer protections than under BRAC law.

This is certainly correct, as I wrote last year. Work and other advocates for another BRAC round must not limit themselves to green-eyeshade talk of cost savings and greater efficiency. They must also show how former defense sites don’t all become vast, barren wastelands devoid of jobs and people.

This is actually rather easy to do. Most former military bases are converted to other uses, and some quite quickly. This is true for several of the cases that I’ve studied over the past five years, including Bergstrom Air Force Base in Austin, Texas; the Brunswick Naval Air Station in Maine; the Philadelphia Navy Yard; and Pease Air Force Base in Portsmouth, New Hampshire. Some of these stories are told in this edited volume, due out next month. The communities in and around these former defense facilities were blessed by favorable locations, but active community involvement substantially eased the transition.

Keep this in mind when you hear Ayotte and Thornberry and their colleagues solemnly proclaim their great concern for protecting the economic well-being of nearby defense communities. By blocking base closures, they are saddling the military with unnecessary costs, and preventing local communities from accessing potentially valuable land and infrastructure.