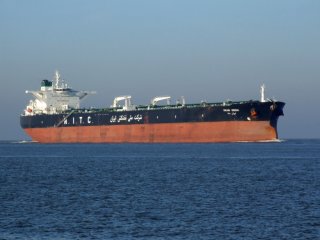 Although all of the men (and the one woman) running for the GOP presidential nomination have been sharply critical of the Iran nuclear deal, Sen. Marco Rubio seems particularly incensed. He loudly pledges on his campaign Web site that he will “reimpose sanctions on Iran on Day 1,” and he probably means even tighter ones than those previously in place.

The slump in global crude oil prices has accelerated in the past week, and many analysts have attributed this to the addition of Iranian crude to the already oversupplied global market. As Iran complied with the final terms of the agreement this past week, and is now out from under the sanctions imposed by the UN Security Council, it seems poised to push prices lower.

American consumers have already clearly benefited from the collapse of oil prices. Based on the U.S. Energy Information Agency’s weekly survey, the average price for a gallon of unleaded gasoline has fallen from $3.63 in June 2014, to $1.81 this week.

My Cato colleague Peter Van Doren estimates that the likely short-term effect of an additional 300,000 barrels per day will be a further price drop of $1.09 per barrel, or 2.6 cents per gallon of refined gasoline. This is consistent with other estimates. A paper published by the U.S. Energy Information Agency (.pdf), for example, finds that for every $1 decline in the price of crude oil, gasoline prices fall by 2.4 cents (the lower cost of the raw material is generally passed through to consumers during the refining and delivery process).

Now, 2.6 cents might not seem like very much–until you consider that Americans consume about 136.78 billion gallons of gasoline per year. Average fuel consumption per person in the United States is at a thirty year low, but the typical household purchased 1,011 gallons of gasoline in 2013. That would mean that the relaxation of sanctions on Iran might save each American around $26—but that’s just for fueling our cars. Lower gas prices also contribute to lower costs for other goods, nearly all of which are delivered to market by fuel-burning vehicles.

For some Americans, especially those who believe that the Obama administration erred in negotiating a deal to control Iran’s nuclear program in the first place, higher costs for gasoline seem a pretty small price to pay. Even if Iran continues to comply with the terms of the deal and doesn’t surreptitiously resume enriching uranium above the agreed levels, they say that Iran should be punished for its other behavior, from supporting groups such as Hezbollah and Hamas to propping up Bashar al-Assad in Syria.

But the relaxation of sanctions on Iran has had other beneficial effects, potentially more far-reaching than the price of gasoline in the United States. Russia’s economy is reeling from the fall of oil prices, and Iran’s additional crude certainly won’t help Vladimir Putin’s bank account. Likewise, Saudi Arabia is scrambling to make up for declining revenues by ramping up production, but this seems unlikely to work over the long term, so they’re also busy trying to modernize and diversify their economy. That means that the proceeds from the sale of Saudi oil will be more focused on dealing with problems at home, rather than stirring up trouble abroad. Lower crude oil prices also hurt Islamic State fighters in Iraq, Syria and Libya who have relied on the sale of stolen oil to fund their operations.

Perhaps Rubio doesn’t care that lower oil prices hurt unsavory producers (there’s a reason why Leif Wenar calls it “Blood Oil”). Or perhaps Rubio knows that unilateral sanctions on Iran will not have any effect on global oil prices as additional Iranian oil in the global bathtub will still drive down prices for all consumers, even if Americans are technically barred from buying from Iran.

But given that large-scale economic sanctions have had such a poor track record in forcing targeted governments to change their behavior—a point that my colleague Emma Ashford has made eloquently with respect to the supposedly 'smart' sanctions against Russia—you would think that Rubio could come up with something more substantive—for example, specific arms control sanctions like the ones the Obama administration just slapped on individuals tied to Iran’s ballistic missile program.