Who Will Shake Up the Foreign Policy Status Quo? 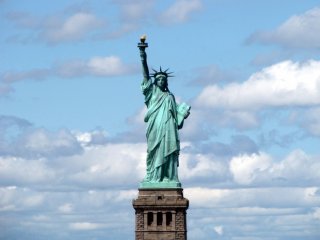 With Sen. Rand Paul’s fairly ignominious departure from the Republican Party’s debates (on camera, at least), it seems clearer than ever that a critic of U.S. foreign policy is unlikely to win the GOP’s nomination. And, in fairness, it was always a long shot.

On the Democratic side, Sen. Bernie Sanders’s bid to outmaneuver Hillary Clinton seems to be gaining steam, judging from the poll numbers and his fundraising totals. But Clinton is still the odds-on favorite to become her party’s standard-bearer.

That means that the foreign policy status quo is almost certain to prevail in January 2017, and through the end of this decade. That’s unfortunate for a number of reasons, including the high costs and dubious benefits, but mostly because the core assumptions underlying that policy are deeply flawed, and deserving of a full public airing.

What is that foreign policy status quo? The word that best describes U.S. grand strategy is primacy. Primacy hinges on the belief that the world is made safer by overwhelming American power—and not merely our possession of great power, but our willingness to use it. The U.S. military exists to defend not just this country, but scores of others too. Primacy holds that it would be too dangerous to allow other countries to defend themselves. Some will botch the job, necessitating more costly U.S. interventions later. Others will succeed too well, unleashing arms races that could destabilize regions, or even the whole planet.

U.S. foreign policy, therefore, aims to reassure a nervous world. Primacy calls on the U.S. military to stop threats from materializing. Threats anywhere, to almost anyone (or at least to America’s formal treaty allies). And when it fails to stop fires, the United States is the first on the scene to stomp them out.

Since it’s a big planet, that requires the world’s largest, most powerful and most expensive military. And it is, by a wide margin. Notwithstanding mostly GOP claims that Barack Obama has “gutted” the U.S. military, the facts show otherwise. Indeed, defense spending in the eight years under Barack Obama will have vastly exceeded that under George W. Bush. And that’s true even after adjusting for inflation.

In the current international environment, the costs to merely maintain the status quo are growing more onerous, not less. And they fall almost entirely on the backs of U.S. taxpayers, and U.S. troops.

But the high cost of primacy is not its greatest shortcoming. The United States could spend more on its military, if it were truly essential. The real problem with primacy is that it isn’t necessary to maintain U.S. security. If anything, primacy undermines U.S. security by increasing the likelihood that U.S. troops will be drawn into other people’s fights.

1) That the world is confronted by more threats than ever before, and only the United States can address them;

2) That discouraging allies from doing so contributes to global peace and stability; and

3) That primacy is essential to the health of the international economy.

It is customary for people to claim that we live in the most dangerous world ever, and primacists have a ready answer for making it less dangerous: more of the same.

They don’t deny that problems have proliferated under primacy—from rogue states with nuclear weapons, to transnational threats like terrorism and cyber-mischief—but primacists retain their childlike optimism that we can turn it all around if we just try harder.

Think again. There have always been dangers in the world, and there always will be, but primacy compounds the problem. By calling on the United States to deal with all threats, to all people, in all places, primacy ensures that even distant problems become our own. But it doesn’t ensure that we can actually solve them. An effective and wise foreign policy would allow us to prioritize threats to our own security, and call on others to do the same.

Primacy discourages others from acting to address urgent threats to their security before they become regional or global ones. If other countries were empowered to defend themselves, primacists fear, they might defy Washington’s wishes. Today’s allies might even become tomorrow’s adversaries.

But such fears are overblown. We need a foreign policy that creates willing and able security partners, and a world that is less dependent upon U.S. military power. Restraining our impulse to use the U.S. military when our vital national interests are not threatened would contribute to a more resilient international system.

Primacists see things differently. They contend that U.S. military power is essential to the functioning of the global economy. The United States sets the rules of the game, and punishes those who defy them. And by discouraging security competition among states, primacy creates the conditions for the free movement of goods and services. If the United States were less inclined to intervene in other people’s disputes, the primacists say, the risk of war would grow, roiling skittish markets.

Such claims exaggerate the role that the U.S. military plays in facilitating global trade, and ignore the extent to which U.S. military activism has roiled markets and upset vital regions.

Primacy, in short, hinges on a faith that U.S. military power has a degree of efficacy that defies logic—not to mention recent history. It would be nice if at least one of the two major parties would consider these lessons, and be open to alternatives.