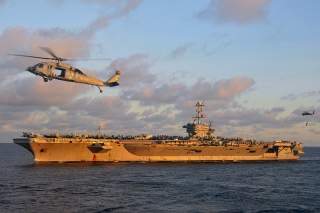 In November 1912, a war between Serbia and Austria-Hungary nearly broke out over a question of small importance: whether Serbia would own an Adriatic port on the coast of Albania. Had Austria intervened to oppose Serbia’s imperialist objective, Russia would have entered the conflict on the side of her Serbian client. France and Britain would have followed Russia for the sake of their Entente; Germany, likewise, would have entered the arena on Austria’s side, eager to protect its only serious ally. World War One would have begun twenty months earlier than it eventually did, over an issue of no concrete interest to any Great Power save Austria-Hungary, whose position in the Balkans was becoming increasingly threatened by Serbia’s expansion.

In order to deter Austrian intervention in Albania—which Serbia and its ally Montenegro were busy conquering—the czar and his minister of war drew up orders for a partial mobilization on November 22, 1912. Had these orders been issued, Germany almost certainly would have responded according to the dictates of the Schlieffen Plan: with war. Russia’s mobilization was not implemented because one courageous Russian leader, Count Kokovtsov, chairman of the Russian Council of Ministers, opposed them when, on November 23, he learned of the plan for their issuance. “A mobilization remained a mobilization, to be countered by our adversaries with actual war,” he warned the czar. Since Russia was not yet prepared for a general war, such a policy was simply foolish.

Why was Russia willing to push Europe to the brink of war over a question of no intrinsic value? Russia was not affected one way or another by a Serbian acquisition (i.e., conquest/colonization) of an Albanian port. But it was not the port’s intrinsic value that mattered to Russia’s policymakers, but the amour propre, the self-love—or more broadly, the prestige, pride and honor—of Russia and her leaders. Count Izvolsky, Russia’s former foreign minister and then ambassador to Paris, put the matter at the time without equivocation: “if Servia failed to get access to Adriatic owing to opposition of Austria it would mean fresh humiliation of Russia” (Goschen to Grey 7 November 1912 BD 9.2, no. 151). The question had become a “point of honor.” This meant that the dispute had become zero sum—a Serbian port meant diplomatic victory, no such port meant defeat and humiliation.

In the end, Russia’s foreign minister, Sergey Sazonov, decided to back down: Russia wasn’t prepared for war, and he—guided as he was by fickle feelings—wasn’t in the mood (in the British Foreign Office, he was called “a sad wobbler”). Serbia didn’t get its Albanian port, and the crisis was averted.

Many worthwhile points could be made about the “November Crisis,” but three should be highlighted.

The first is that it’s quite easy to manufacture an international crisis: all a nation has to do is to make some issue—regardless of its intrinsic worth—a question of prestige or honor; if the opposing power actually has a vital interest in the question (as Austria did in November 1912), or if it merely invests its prestige in the issue, then all the ingredients for a clash have been assembled. In the era before the Great War, such conflicts were called “trials of strength.” Today, game theorists call this sort of conflict a game of chicken: a test of resolve in which both sides risk a clash, in the hope the other backs down. Sometimes, as in November 1912, one driver does swerve; other times, as in July 1914, no one is willing to. But the important point here is that had Russia simply not made the port question one of honor, its prestige would never have been engaged. The allure of power is in its exercise, but its habitual exercise over nonessential questions almost guarantees the sort of situation Europe faced in November 1912. The lesson is that states should not engage their prestige in nonessential questions, just as drivers should not play chicken merely to boost their prestige among their peers or followers.

Psychologically, secondly, the way to justify a trial of strength is to not think seriously of the consequences. Indeed, the day after Count Kokovtsov prevented a Russian mobilization, he was noisily opposed by his fellow ministers of state, who contended that Russia should “firmly defend our present-day interests, having no fear of the specter of war.” This is a perfect example of “temporal discounting”: prestige today felt more important than peace tomorrow to Russia’s ministers. In November 1912, Kokovtsov angrily railed against this psychological crutch, and was able to convince the czar and Sazonov, who eventually decided that swerving was less costly than accelerating. Prestige today is worth far less than the cost of world war tomorrow. The lesson is that even if a state foolishly engages its prestige, it is still more rational for it to back down than to risk a catastrophic conflict.

A system based on trials of strength, finally, is perilously unstable. This is even truer in complex systems divided into alliance blocs, as was prewar Europe. This is what historian Paul Schroeder meant by picturing prewar Europe as “Galloping Gertie,” a reference to the Tacoma Narrows Bridge, which in 1940 collapsed in an orgy of “aeroelastic flutter.” In the prewar era, traditional Concert of Europe diplomacy was being replaced by prestige contests in which someone had to back down, the Great Powers were increasingly unwilling to respect each other’s vital interests, and the leaders of Europe were more concerned with the strength of their alliance blocs than with the peace of Europe. War was avoided in November 1912, but the very nature of Great-Power politics led to new crises in the spring of 1913 (over Scutari) and October 1913 (over Albania’s northern borders). These, too, were eventually resolved, but by the time July 1914 rolled around, Europe, like Galloping Gertie, was fluttering, and a sharp burst of wind—the assassination of Franz Ferdinand—was able to bring the whole system down with a crash. The lesson is that systems based on trials of strength and alliance solidarity are unlikely to last, a fact unaltered by the resolution of a few crises.

Happily, this is the twenty-first century, and constructed crises, prestige and alliance blocs don’t define the contemporary international system. Right?

Wrong. Prestige today typically goes by the moniker “honor” or “credibility,” and it is certainly still extant. As for alliances, since the end of the Cold War they have never been so in vogue. Here at the National Interest, a veritable campaign has been waged by advocates of a newly empowered “get tough on China” school. The school’s argument is simple. The United States should internally balance against China by rebalancing its assets to East Asia, by increasing military investments and by openly planning for war with China. The United States should externally balance against China by forming anti-China blocs—the Quad is a common such suggestion—and strengthening current allies like Japan and the Philippines. The United States, furthermore, should be more willing to intervene—to invest its prestige—in East Asian disputes: old questions like Taiwan, yes, but particularly the new questions of the Senkaku Islands and the South China Sea.

These latter two are indeed new questions. It was not until 1996 that the United States publicly indicated that the Senkakus fell within the U.S.-Japan Treaty, and it was not until 2010 that a U.S. Secretary of State (Hillary Clinton) ever verified the claim. As for the South China Sea, in 1974 and in 1988, China fought actual battles with Vietnam over the Paracel and Spratly Islands, in which hundreds died, but indifference was America’s only response. In 2010, Secretary Clinton (again) shifted U.S. policy by inserting the nation into the region’s territorial disputes as a prelude to her pivot strategy.

Today, the Washington Consensus is that the United States should lead Asia by creating blocs like the Trans-Pacific Partnership that exclude China, by “shaming” China when it acts against the contemporary wishes of Washington (but, incidentally, as America historically has acted), and by investing American prestige in East Asia’s conflicts.

The latent danger of this sort of international system is that a crisis will develop—say, over Scarborough Shoal, over which the United States has apparently laid down a “red line”—that will pit American prestige and “alliance credibility” against China’s perceived vital interests and supposed “historic rights” in its adjoining seas. A courageous leader would back down rather than fight a war over such an insignificant dispute. This is what the Russian czar did in November 1912, and what President Obama did in (and after) August 2013. But the trouble is that even if the first such crisis is resolved peacefully, afterwards the supposed “humiliation” of backing down becomes a rallying cry for stronger future resolve. This happened to Russia after the Annexation Crisis of 1908–09 and, indeed, after Russia backed down over its constructed trials of strength in November 1912, spring 1913 and October 1913. Popular opinion pushes out prudent statesmen, like Count Kokovtsov, who was forced to resign at the end of January 1914. Then, when the next crisis comes along, no driver is willing to swerve. In July 1914, there was no one in St. Petersburg to oppose proposals for mobilization. Russia mobilized at the end of the month, and Germany responded, as Kokovtsov had warned two years earlier, with actual war.