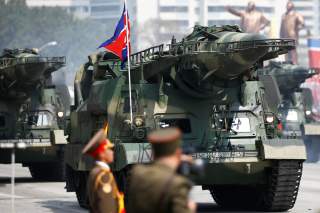 It should be painfully evident by now that the strategy the United States has pursued toward North Korea since the early 1990s regarding that country’s nuclear ambitions has not worked, is not working, and is unlikely ever to work. Trying to isolate and punish the so-called Democratic People’s Republic of Korea has been futile and counterproductive. Despite rounds of ever-escalating economic sanctions (both unilaterally by the United States and multilaterally through the United Nations) over more than a quarter century, Pyongyang’s nuclear and ballistic missile programs have gone forward inexorably.

Matters have now reached the point that, by some estimates, the DPRK may possess a dozen or more small nuclear weapons, and given the regime’s surging number of missile tests, it may be close to having a reliable delivery system capable of devastating targets in East Asia and perhaps beyond. Concerns about the American homeland’s prospective vulnerability to a DPRK nuclear strike is the principal catalyst for the Trump administration’s hardline policy toward Pyongyang. Both the president and his national-security advisers emphasize that “all options”—implicitly including military force—are “on the table.” Not since Bill Clinton’s administration seriously considered launching preemptive air strikes to eliminate North Korea’s embryonic nuclear program in 1994 has the danger of war seemed so close.

If the calamity of a U.S.-North Korean armed conflict is to be avoided, U.S. diplomacy must become far more nimble and creative. Among other steps, that means conducting direct, serious negotiations with Pyongyang. U.S. policymakers also need to be more realistic about what results such diplomacy can achieve. Washington’s objective since the 1994 crisis and the subsequent onset of the intermittent six-party talks has been to compel Pyongyang to abandon its nuclear quest. That is a fanciful goal. North Korea’s desire for enhanced power and prestige probably would be sufficient by itself to preclude such a capitulation. With a dysfunctional economy, a bizarre, unappealing political and social system, and an increasingly antiquated conventional military, Pyongyang has almost nothing other than its blossoming nuclear capability that could give it a seat at the table of international affairs.

Worries about Washington’s record of forcible regime change against governments that U.S. leaders dislike undoubtedly add to the DPRK’s aversion to giving up its nukes. North Korea also has several explicit goals and demands. In addition to insisting on full U.S. diplomatic recognition, Pyongyang wants a treaty formally ending the Korean War (replacing the 1953 armistice that merely suspended the fighting), the termination of U.S. and UN sanctions, the end to the annual military exercises between the United States and South Korea, and the withdrawal of U.S. forces from South Korea.

It would not be easy for U.S. leaders to satisfy that laundry list of demands, but refusing even to discuss Pyongyang’s concerns and policy objectives has gotten Washington nowhere. A more flexible approach is essential, including a willingness to make significant concessions. In return for meeting most of Pyongyang’s demands, Washington would be justified in insisting that North Korea not only refrain from conducting additional nuclear and missile tests, but also accept strict limits on the size of any nuclear arsenal and ballistic missile capability. In addition, there should be a requirement for Pyongyang to pull back its conventional military forces from their current menacing positions near the so-called Demilitarized Zone with South Korea.

Such a diplomatic initiative would not only reduce the looming danger of a cataclysmic war in Northeast Asia, it would likely have a positive impact on China’s policy. Beijing might be willing to apply greater pressure on North Korea if Pyongyang spurned Washington’s conciliatory moves and continued its reckless, provocative conduct. There is little question that Beijing is increasingly displeased with the behavior of its ally. The notion circulating in some conservative U.S. political circles that the Chinese are playing a double game and really don’t mind a volatile, nuclear-armed North Korea causing problems for the United States and its East Asian allies is the stuff of paranoid fantasy. Beijing’s warnings to Pyongyang concerning its nuclear and missile tests have become ever more pointed in recent years. China has now even endorsed and begun to implement the most recent round of UN-mandated sanctions against the DPRK.

If a genuine attempt by Washington to negotiate a “grand bargain” with North Korea failed to produce results, Beijing’s annoyance with its North Korean client would likely intensify. Chinese leaders have been reluctant to put maximum pressure on Pyongyang for a variety of reasons. They worry that such coercion might cause Pyongyang to lash out and engage in even more risky military provocations, thereby triggering the very war that everyone wants to prevent. Even if that nightmare did not occur, cutting off food and energy aid might cause the North Korean state to unravel. Among many other potential problems, that development would lead to massive refugee flows into China.

But if it becomes clear to Chinese leaders that Kim Jong-un’s regime will not accept even the most reasonable compromise agreement, they may well be inclined to incur such risks to put a leash on their dangerously disruptive client. That step is even more likely if the Trump administration sweetens the incentives by offering explicit guarantees that Washington will not exploit a possible demise of the North Korean state to enhance U.S. power on the Korean Peninsula.

In any case, we have little to lose by offering to engage Pyongyang in serious negotiations. The alternatives to that approach are much worse. One would be to watch the DPRK soon become a full-fledged nuclear-weapons power akin to Pakistan, along with a fleet of intercontinental ballistic missiles capable of reaching the American homeland. The other option would be to launch a perilous preemptive war to destroy those capabilities. Attempting to achieve a grand diplomatic bargain is far preferable to either of those scenarios.

Ted Galen Carpenter, a senior fellow in defense and foreign-policy studies at the Cato Institute and a contributing editor at the National Interest, is the author or coauthor of ten books, including The Korean Conundrum: America’s Troubled Relations with North and South Korea (Palgrave Macmillan, 2005), the contributing editor of ten books, and the author of more than 650 articles on international affairs.