Will Paul Ryan Lead Congress to a New War Authorization? 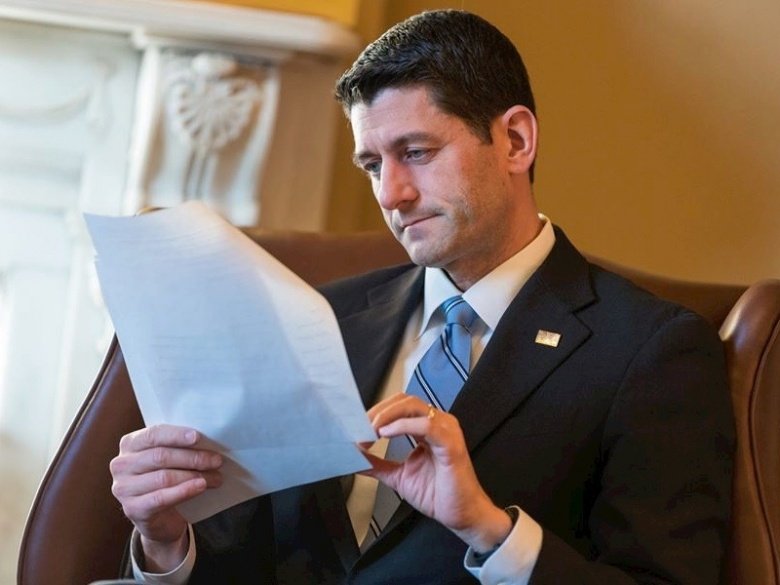 On Capitol Hill, as in life, it usually takes a strong-willed leader to compel a group of people to get things done. In Congress, finding that kind of leadership can be an immensely difficult thing to do. Democrats and Republicans, liberals and conservatives don’t have a habit of coming together on politically controversial subjects important for the country. Indeed, John Boehner’s resignation as Speaker of the House last fall is illustrative of how high the cost of leadership can be: the loss of one’s job.

Paul Ryan, the man who replaced Boehner as speaker, has only been in his job for a couple of months. Yet despite the unstable nature of the speaker’s position in today’s House Republican Conference, Ryan at least appears ready to wield the kind of bold and inclusive leadership that is required to fulfill one of the most important and solemn responsibilities of the legislative branch: writing and passing an authorization for the use of military force (AUMF).

The United States and its coalition partners have conducted over 9,000 airstrikes on ISIL targets in Iraq and Syria and have deployed over 3,500 military advisors over the past seventeen months of war, and yet Congress has remained woefully absent from the entire affair. With the exception of a couple of appropriations bills—including the massive omnibus spending package that was passed last year—that provided the Defense Department with the money needed to sustain the campaign, the House and Senate have been passive spectators to a conflict that has lasted nearly a year and a half. To the embarrassment of Americans who elected these lawmakers to their positions, Republicans and Democrats alike have prioritized carping from the sidelines and complaining about the Obama administration’s war strategy over fulfilling a sovereign responsibility under the Constitution: declaring war and authorizing the use of military force.

Fortunately, Speaker Paul Ryan grasps the immediacy of the problem. For a man who’s pet projects often revolve around taxes and the budget process, Speaker Ryan has done more on the AUMF in the past two weeks than the congressional leadership has done in the past seventeen months. Perhaps knowing full well that the legislative branch is becoming increasingly irrelevant on the subject of war and peace, Ryan has delegated his committee chairman to begin a series of “listening sessions” that would brainstorm ideas that could be included — and accepted by the GOP conference — in an ISIL-tailored AUMF. As Politico reported on January 7, Ryan’s advisors are calling the barnstorming sessions “a ‘kicking the tires’ phase to discern what exactly GOP lawmakers would want to see in a new AUMF, and whether it’s worthy of House consideration.”

“Kicking the tires” is an appropriate metaphor at this stage in the process; there is no guarantee whatsoever that the House will even be able to write a war resolution that is as restrictive on ground combat troops that most Democrats want, but not too restrictive that Republicans would withhold or pull their support for fear of limiting the commander-in-chief’s options. But surely starting the process through these kinds of meetings—figuring out what authority the President needs to counter the Islamic State with full effect and what is and is not politically acceptable in Washington — is a necessary beginning to what is sure to be an arduous endeavor.

There is another reason why Paul’s decision to begin these “listening sessions” is important—it forces other members of Congress who are opposed to the Speaker’s concept of presidential power in wartime to put forth their own proposals. While some Democrats like Rep. Adam Schiff and Sen. Tim Kaine have long submitted their own draft AUMF’s (each of which has died along with every other proposal put forth), Democrats who now don’t want to be jammed by the Republican majority will write their own alternatives in an attempt to place some skin in the game.

A day after Speaker Ryan tasked his committee chairman to meet on crafting a prospective AUMF, the ranking member of the House Foreign Affairs Committee stated that he will be introducing a Democrat-backed version shortly. Through Ryan’s actions, he has not only elevated the debate over war powers in the halls of Congress but has convinced others in the chamber to roll out what they believe are better alternatives.

Whether or not Congress will ultimately succeed in sending an AUMF to the president’s desk is still a very open question. Senate Majority Leader Mitch McConnell has suggested that any vote on an AUMF during an election year would be premature and unwise, comments that would effectively kill a House-passed resolution until Americans have elected another Commander-in-Chief.

Speaker Ryan, however, should be applauded for at least exploring the option. If the legislative branch is in fact a co-equal branch of government as the Constitution demands, members of Congress ought to start behaving like players on the field instead of spectators in the bleachers.

Image: Wikimedia Commons/Office of the Speaker of the House.