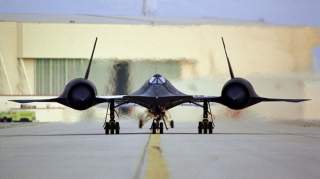 Nonetheless, it looks like the Blackbird will remain the queen of speed for some time to come.