Think The F-22 Is Old News? These Upgrades Will Make You Think Again 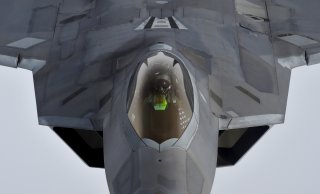 Here's What You Need To Remember: For the long term, given that the Air Force plans to fly the F-22 well into the 2060s, these weapons upgrades are engineered to build the technical foundation needed to help integrate a new generation of air-to-air missiles as they emerge in coming years.