Tokyo Olympics: Athletes Are Opening Up About Mental Health 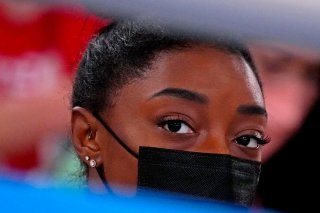 But these Olympics will also be remembered for another first — the public airing of mental health challenges by two of the world’s biggest sports superstars, gymnast Simone Biles and tennis player Naomi Osaka.

The Tokyo Olympics are not the first Games to face unique challenges.

Midway through the 1972 Olympics in Munich, the athletes’ village was taken over by terrorists, resulting in 11 Israeli athletes being killed. Remarkably, after suspending the Games for only 24 hours, athletes returned to competition.

At the 1994 Atlanta Olympics, a pipe bomb was detonated at the Centennial Olympic Park, killing one person and injuring 111 others.

And much like the Tokyo Olympics, the 1920 Antwerp Games were held on the heels of the influenza pandemic.

When athletes rise to the occasion under difficult conditions, we say they are mentally tough — and we applaud them. But if they should fail to deliver an expected performance, we assume they have choked.

And yet, as we’ve seen with Biles and Osaka — two athletes who are the best in the world in their respective sports — none of us watching the Olympics can ever truly know what other additional or personal problems an athlete may be facing.

It’s easy for athletes to perceive a greater burden to perform, to struggle with distinguishing their identity from their performances and, for a favoured athlete like Biles or Osaka, to feel the weight of the world on their shoulders.

In fact, few athletes can return to the Olympic Games and win again after winning in the previous Games.

In 1993, researchers interviewed world champion athletes and found that success resulted in greater demands for athletes, compromising future high-level performances unless they were able to control both the expectations they placed on themselves and the expectations of external demands like media, sponsors and public appearances.

Read more: Why Olympic athletes 'choke' at the Winter Games

One of the many things that makes the Tokyo Olympics a unique Games is the absence of crowds. For some athletes, the presence of a crowd can help them get into an optimal performance state.

When I was competing for Canada in the high jump, I drew a lot of energy off the crowd — and consequently had better performances in a packed stadium. But if there were few fans in the stands, I had to really work on my mental game to perform well.

Other athletes, however, prefer the absence of a crowd because they can improve focus and keep their arousal level under control.

The demands on athletes at these Games have sparked a lot of discussions about mental health, but not so much about mental performance.

According to the World Health Organization, mental health is “a state of well-being in which the individual realizes his or her own abilities can cope with the normal stresses of life, can work productively and fruitfully, and is able to make a contribution to his or her community.” The mental health continuum can span from being mentally healthy, to daily mental distresses, to mental health problems or mental illnesses.

We all experience daily mental distresses like failing at our jobs, pressures from school work or having a disagreement with someone close to us. When faced with these challenges, we are generally able to cope and adjust, and eventually return ourselves to a state of good mental health.

Mental health problem are moments in life when we are faced with substantial challenges that are difficult to manage — the loss of a loved one, a sexual assault or a divorce. These can be prolonged, but they are not a mental disorder. A mental illness is a clinically diagnosed mental disorder like depression or bipolar disorder, resulting in distress or problems with functioning.

Mental performance is concerned with the psychology of sport performance, whereby optimal performance and the well-being of athletes are addressed using mental skills training.

Dealing with the terminal illness of his coach, Pete Sampras fights back tears at the 1995 Australian Open._

The ultimate goal of mental skills training is self-regulation, meaning athletes understand the conditions that they perform at their best, the conditions where they don’t and how they are able to adapt and adjust themselves to be in a state for optimal performance.

Research has shown that when an individual’s self-esteem is threatened and they experience emotional distress, self-regulation and coping efforts can fail.

Mental skills training helps athletes effectively cope and return to a state of mental health quickly when they’re in mental distress. Athletes proficient in self-regulation can adapt and adjust themselves mentally when they are not in their desired mental state to still deliver a great performance.

Many athletes and coaches will work with a registered mental performance consultant to develop these mental skills. But only over the last two decades, as sport began to really embrace mental training as an integral component in an integrated support team, has this practice become popular.

The problem with mental performance is that it is intangible. It’s easy to see physical improvements, like with strength training, but it’s much more difficult to see improvements in confidence or mental resilience.

While most athletes and coaches do acknowledge sport psychology as critical to performance, it often receives the least amount of attention in training. Mental skills have been found to be a defining factor that distinguishes successful Olympians from less successful Olympians.

When athletes perform under pressure and deliver incredible performances, they are lauded as being mentally tough. However, if they struggle or choke under pressure, they may be called mentally weak.

Biles and Osaka have demonstrated to the world that only the athlete ever truly knows what is going on and only they are capable of making decisions that serves their best interests. Biles and Osaka have also assisted in encouraging discussions of mental health and mental performance.

But one takeaway from these Olympics should be the importance of sport psychology. Psychologist Abraham Maslow, the father of self-actualization, estimated less than one per cent of the adult population would ever realize their full potential.

As we explore the human potential in sport, it’s time to realize that mental training is just as important as physical training to achieve incredible performances.