Trump's Team Should Ditch the 'Clash of Civilizations' 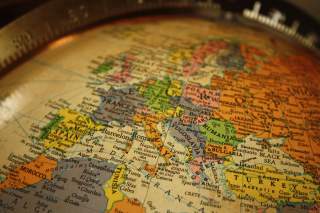 If there is one common thread that connects President-elect Donald Trump’s foreign-policy appointments, it is the belief that the United States is engaged in a civilizational war against “radical Islamic terrorism.” Indeed, while Trump himself—with his ambivalence towards books—may not even know it, the incoming administration seems to have fully embraced the ideas of Samuel Huntington, not only on the clash of civilizations, but on American decline, the idea of a West encircled by enemies, and even on immigration.

Throughout the campaign, Trump and his surrogates often used rhetoric that suggests an imminent clash of civilizations. Gone is the Obama administration’s focus on more generic “violent extremism,” replaced by a specific focus on Islamist terrorist groups. As Politico noted last month, Steve Bannon, Trump’s new chief strategist, has argued that the West is in “the very beginning stages of a brutal and bloody conflict . . . against jihadist Islamic fascism,” while KT McFarland, his new deputy national security advisor, has argued that we are engaged in a “long war” against radical Islam. Key figures in the new administration have also been worryingly equivocal about whether they see Islam itself—as opposed to violent jihadi groups—as a threat.

But the links to Huntington’s ideas go deeper than mere acceptance of his clash-of-civilizations thesis. After all, Huntington posited not only conflict between civilizational groupings, but also the idea that post–Cold War Western dominance was likely to lead to conflict between the West and “the Rest.” This idea has been explicitly endorsed by Trump’s designee for National Security Advisor, Michael Flynn, whose views are likely to shape policy in the new administration. In his recently published book, Flynn and his coauthor posit the existence of an anti-Western alliance, which ties together terrorist groups like Al Qaeda, Hezbollah and ISIS with states including China, Russia, Syria, Iran and Venezuela.

Similarly, Huntington’s ideas about American decline and about the dangers of unchecked immigration are in many ways a precursor to Trump’s rhetoric throughout the campaign. While his work on the clash of civilizations and on civil-military relations is perhaps best known, Huntington’s most controversial work was his last book, Who Are We?, whose content one critic pithily described as “Patrick Buchanan with footnotes.” Indeed, Huntington’s argument in the book—dismissing shared liberal values as the common basis for American identity in favor of a protestant, Anglo-Saxon cultural identity—is strongly reminiscent of many of Trump’s nativist, anti-immigration policy stances.

It’s certainly easy to see why Huntington’s ideas, particularly the idea that terrorism is being driven by some larger clash of civilizations, would appeal to Trump, with his limited knowledge of foreign affairs. It’s a seductively simple theory that purports to explain a complex world. Likewise, the idea that all of America’s problems around the world are caused by a grand alliance working in concert against us is temptingly uncomplicated, if unrealistic.

This simplicity also explains the paucity of any detailed foreign policy proposals emanating from Trump’s advisors. Flynn’s book advocates a grab bag of policies including “exposing their weaknesses” and “organiz[ing] all our national power”; KT MacFarland’s proposals are even more generic; she argues that we can win the war on terror through the use of “banking” and “alliances.” About the only concrete policy most of Trump’s advisors appear to agree upon is that Iran—or as Flynn refers to it, the “lynchpin” of the global anti-Western network—must be dealt with in some fashion. Yet exactly how regime change in Tehran would solve the problem of Sunni extremist groups like ISIS remains unstated and unclear.

Unfortunately, for all its appealing simplicity, Huntington’s worldview is a remarkably poor frame through which to understand a complex world. It cannot explain intracivilizational conflicts; indeed, Huntington himself argued that Russia and Ukraine were unlikely to come to blows because of cultural similarities. And it ignores the vast range of other potential causes of war. The ongoing turmoil in the Middle East is the result not only of the failures of the Arab Spring, but of the political repression, economic malaise and popular discontent that preceded it. And the reductionism of Huntington’s arguments about Islam—defining it purely by Arab opposition to the West—ignores centuries of history and cultural achievements.

Yet perhaps the biggest concern posed by Trump’s embrace of this doctrine is that Huntington’s civilizational thesis can all too easily become a self-fulfilling prophecy. Both the Bush and Obama administrations took care to avoid framing the War on Terror as a conflict between the West and the Muslim world. Ironically, Huntington’s thesis is already explicit in the pronouncements and publications of groups like Al Qaeda and ISIS, who believe that they are foot soldiers in a civilizational war. Trump’s pronouncements about Islam have been welcomed by extremists in both groups. As one ISIS commander noted, “His utter hate towards Muslims will make our job much easier because we can recruit thousands.”

Whether wittingly or not, the incoming administration seems intent on adopting Huntington’s clash of civilizations as a core plank of Trump’s foreign-policy approach. Yet it is a dangerous approach: it defines large segments of the world as hostile, blows many threats out of all proportion, and is highly likely to lead to further conflict in the Middle East and elsewhere. Indeed, in his book, Flynn argues that “we’re in a world war, but very few Americans recognize it, and fewer still have any idea how to win it.” He should be careful what he wishes for—he just might get it.