U.S. Military Admits Its "Helpless" Against a Hypersonic Missile Strike by China or Russia 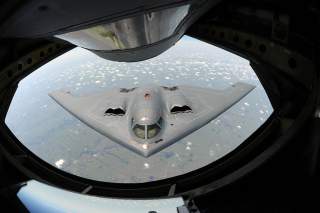 The United States defense establishment has not stopped ringing alarm bells on what they say are rising threats posed by Russia and China, and their warnings are prompting fear among members of Congress.

Last week, US military officials and lawmakers highlighted hypersonic missiles as a particular area of concern.

“Right now, we’re helpless,” Republican Senator James Inhofe, a senior member of the Senate Armed Services Committee, was quoted by The Hill as saying in advocating for more funding for hypersonic missiles.

The talk on Capitol Hill comes after Russian President Vladimir Putin boasted that Russia now has intercontinental ballistic missiles that are invulnerable to Western anti-missile systems.

“We don’t have any defense that could deny the employment of such a weapon against us, so our response would be our deterrent force, which would be the triad and the nuclear capabilities that we have to respond to such a threat,” Hyten told the Senate Armed Services Committee last week.

Thomas Karako, director of the Missile Defense Project at the Center for Strategic and International Studies, when asked if the US was really behind Russia and China on hypersonics, said flatly: “Yes.”

“And the reason is the US hasn’t been doing anything near the same pace both in terms of developing our own capabilities but also failing to develop sensors and shooters necessary to shoot down theirs,” he continued.

Others have noted to Asia Unhedged that the US defense establishment’s goal when speaking to lawmakers is to drum up support for more funding. Exaggerating threats, or short comings, instills a sense of urgency for additional investment in arms development.

In short, to no one’s surprise, classified materials on the progress other countries have made in developing weapons reads a little bit differently from the information that is leaked to the press.