War in Syria: What America Can Learn from Bosnia 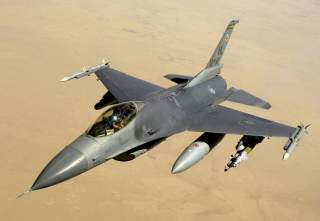 The failure of American strategy in Iraq and Syria threatens faith in U.S. leadership. As the situation develops, allies need to exchange frank views without diplomatic niceties or political spin.

Rather than sustaining what appears to be a failing strategy, a wiser course would be to recalibrate and alter course, much as the United States did in Bosnia twenty years ago. There are parallels in today’s Syria to yesterday’s Bosnia, ranging from U.S. air support to moral support of the Bosnian Muslims. Regardless, the United States needs to take stock of its present strategy.

The air campaign against Islamic State, insufficiently resourced from the start, has had limited effect. Aerial resources and the tempo of airstrikes have never matched the rhetoric.  The Iraqi Army shows no sign of life or effectiveness. Last year, the liberation of Mosul was promised, yet that seems nowhere in sight.

Recently, a U.S. Congressional report castigated the failure to stem the flow of foreign fighters to IS, including from the U.S. Like moths to a flame, the attraction remains and the financial wherewithal of IS rests untouched.

About $500-million (U.S.) was spent to train 5,000 anti-IS fighters but instead produced just sixty. Fifty-five of them disappeared, leading U.S. General Lloyd Austin to say “only five anti-IS fighters remain.” At $100-million per person, someone needs to be fired.

On Syria, the U.S maintains a simplistic policy of “Assad must go” without any in-depth plan for what would follow. The presumption is that a rebel government would attain instant legitimacy. To sustain this fiction, the rebels are painted as moderate, when in fact they are anything but. We forget that the core of President Bashar-al Assad’s support is the Shia/Alawite and Christian minorities in Syria—they will not survive retribution by rebel factions penetrated by extremists. Moderate Sunnis, upon whose support a viable new government might have been built, are now more likely to be found fleeing to Europe.

With close to half of Syria’s prewar population fleeing, or residing in refugee camps, the resulting depopulation of Syria ensures a perilous future; who will be left to rebuild? In that calculus, stabilizing Assad controlled Syria may have priority.

The arrival of Russian forces has understandably upset the U.S., but so far its reaction has been petulant, with Russian actions simplistically painted in a Cold-War-like context. The response in U.S. media and by government so far seems to be, “Russia is acting from weakness, acting to distract attention from Ukraine, acting to preserve its Tartus naval base, and it’s helping Assad and not striking the IS.” The complaints against Russia are distractions at best.  They do not in any way address solutions to either the Syrian civil war, or to the increasing consolidation of IS as a state; we need to move beyond rhetoric to realpolitik.

The painful idea that must be faced is that Mr. Assad will not be removed by force and opposition groups and neighbouring states must accept that reality. A transition plan that protects minority rights and disarms rebels like the Nusra Front is only possible with Russian co-operation.

German Chancellor Angela Merkel said last week that it would be possible to end the civil war in Syria only with the help of Russia, and Turkey’s President Recep Tayyip Erdogan said that “perhaps” Mr. al-Assad could be involved in a “transition” to a new Syria.”

The vacuum of power that Russia fears most would leave IS as best positioned to profit. For many, the unpalatable—a managed transition including Mr. al Assad—is better than the unthinkable: an IS victory.

But all is not lost. The U.S. could demonstrate remarkable course corrections, as it has many times in its past.

The issue is that there are two entirely separate situations - the Syrian Civil War, and the rise of the Islamic state which are occurring in a singular geographical entity that was once Syria.

The Russian involvement in Syria has paradoxically clarified what the U.S. must do, if it is to have a role.  The coalition military campaign against the IS must continue, if not increased but the U.S. must turn its political attention to how the Syrian civil war is to be ended.  It can lead as it once did in a similar conflict in Bosnia.

In 1995, as the Bosnian conflict raged, the U.S. altered course, away from its public support of the Bosnian Muslims.   The United States realized then that if a deal was to be struck, it could not simply support the Bosnian Muslims at the expense of the Bosnian Serbs. The success of a political deal also hinged on the credible threat of force against all parties, otherwise Russian-backed Serbs and U.S.-backed Muslims would never bend.

Richard Holbrooke, then assistant U.S. secretary of state, negotiated with Serbian President Slobodan Milosevic as a proxy for the Bosnian Serb leadership, with the Russians as partners not adversaries. As a result, the Dayton Accords were signed, demonstrating that resolving conflicts often entails negotiating with prior adversaries, as was the case for the UK with the IRA.

Dayton produced a power-sharing agreement and a formula for governance, but also a transition plan made possible by a NATO provided stabilization force which disarmed the belligerents, ensured adherence to the accords and ultimately led to the end of the civil war.

Unlike Bosnia, an Assad transition is only half of the problem. Inevitably, a U.S. led international force will have to defeat IS on the ground: There is no other recourse, as the past year has demonstrated.

A change in U.S. policy requires an honest assessment, frank discussion between allies, less petulance and the courage to embrace changed circumstances.

If not, the U.S. will find itself walking in front, with no one following.

George Petrolekas is a Fellow with the Canadian Global Affairs Institute.  He has served in Bosnia and Afghanistan, with the United Nations and with NATO, and was an advisor to senior NATO commanders.