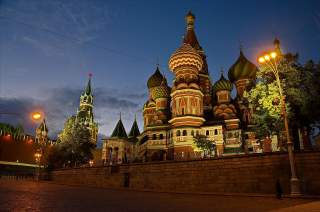 As a result, Kofman stated, Russia can use its military as a tool to try to impose its will on its neighbors, likely prevail in any local conflict, and be an important tool of coercion. The main purpose of the military, he said, is its role in coercive diplomacy. Russia wants to focus on time-limited, indirect uses of force and wants to reserve the bulk of its military power for compellence purposes, said Kofman. He notes that the Russian military still lacks the capacity to occupy significant territory due to its relatively small force and lack of reserves; instead, Russia focuses on occupying the smallest amount of real estate necessary in order to affect the target country’s strategic decisions. The military is not positioned for maximalist territorial acquisition and Moscow does not seem to be investing in weapons systems that could facilitate that type of strategy, argued Kofman. Russian force posture is still very much focused on contingencies in its near abroad, he said; indeed, despite its campaign in Syria, the Russian armed forces are still in “terrible shape” when it comes to their power projection capabilities. Nevertheless, he concluded, Moscow has succeeded in banishing earlier views that Russia was a declining power that Western governments could safely ignore.