Why China Fears (And Plans to Sink) America's Aircraft Carriers 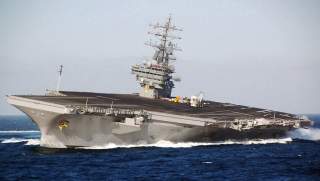