Why Russia's Enemies Should Fear the Su-35 Fighter 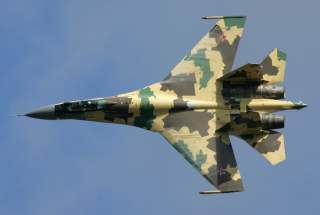