Why South Korea Is So Obsessed with Japan 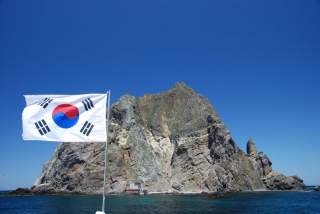 Last month I wrote about the possibility that 'Korea fatigue' – a Japanese phenomenon arising from Korea's relentless criticism of Japan over its World War II conduct—might be coming to the U.S. It was one of my most-read posts on The Interpreter, and I received a lot of comments and retweets regarding my suggestion that South Korea's 'anti-Japanism' flows from its debilitating national legitimacy contest with North Korea. So I thought I would flesh out that argument.

It is immediately obvious to anyone who has spent substantial time in South Korea that its people and its elites have an extraordinary, and negative, fixation with Japan.

Korea's media talks about Japan incessantly, usually with little journalistic objectivity and in negative terms: as a competitor for export markets which must be overcome, as a rival for American attention, as an unrepentant colonialist, as a recipient of the 'Korean Wave' (watch Korean analysts triumphantly argue that Japanese housewives are learning Korean), as a lurking military imperialist just waiting to subdue Asia again, and so on.

Korea's territorial dispute with Japan over the Liancourt Rocks is similarly illustrative. A major Korean newspaper actually suggested samurai might invade Dokdo (the Korean name for the Rocks). The Government has taken out advertisements in Western newspapers and Korean pop stars have sought to act as 'ambassadors' to the world to press Korea's claim. The Korean military holds war drills around Dokdo. Political stunts at athletic events have undermined Japan's willingness to participate in joint sports events with Korea. The Government has launched a global campaign to rename the Sea of Japan the 'East Sea' (in the belief that doing so reinforces its claim to the Rocks) and even considered pushing Psy to rework his hit song 'Gangnam Style' as 'Dokdo Style.'

Foreign students in Korea get pulled into this campaign too, on the assumption that (gullible) foreigners add credibility. I have ridden on subway cars painted with the likeness of Dokdo, and I recall watching a documentary on Korean television on the 20th anniversary of Korea's accession to the UN where the political highlight of joining the world body was defined as the ability to press Japan on Dokdo and the war.

On Korean independence day, Korean children use squirt guns to mock-kill dressed-up Japanese soldiers (yes, really), and I have attended sound-and-light shows on that day which portray the Imjin War of the 1590s as part of a millennial Japanese effort to dominate Korea, culminating in the 1910 annexation. It is a staple of Korean historiography that Japan has invaded the country dozens or even hundreds of times (most of these were actually pirate raids), and that Japan 'received' its culture via the Korean 'bridge.' Perhaps the most ridiculous example I can think of is a talk-show guest who was forced to apologies for wearing a red-and-white striped shirt that looked vaguely like the rising sun flag. This 'anti-Japanism,' as Victor Cha has termed it, has spread to the U.S., where ethnic Korean lobbying has brought comfort-women memorials and changes to US textbooks.

I could continue, but the point is that, as a social science observation, this obsession cries out for explanation, and it is hard to imagine that it is all just about the war seventy years ago (this is not to say Korea's historical concerns are not authentic; they are).

One obvious explanation for the sheer intensity of feeling is that South Korea's disputes with Japan have graduated from politics to identity. As Cha notes, South Korea's nationalism is negative, defined very much against Japan and, importantly, not against North Korea. The reason, I hypothesize, is that North Korea so successfully manipulates Korean nationalist discourse that South Korea cannot define itself against North Korea in the same way West Germany did against East Germany. So South Korea uses a third party against which to prove its nationalist bona fides in its national legitimacy competition with the North.

It is now widely accepted that North Korea's real ideology is not socialism but a race-based Korean nationalism in which the DRPK is defending the Korean race (the minjok) against foreign depredation. The 'Yankee Colony' South Korea — with its internationalized economy, American military presence, cultural Westernization, resident foreign population, and so on—cannot compete with this racial purity narrative.

This would not matter if South Korea's political identity was democratic and post-racial, but it isn't. The minjok myth is in fact deeply resonant. South Korean education teaches it (the resultant racism is a huge problem); government media campaigns and commercials stress it; my students write about it in glowing terms; until a few years ago the national pledge of allegiance was to the minjok, not to the democratic state. Nor does South Korea's democracy provide a strong legitimacy competitor to race-nationalism. Corruption, illiberalism, and an elitist political-opportunity structure have generated a robust street protest culture, a strong sign that elections are weak vessels of legitimacy.

If South Korea can only weakly legitimate itself through democracy, and with race-nationalism so powerful, Seoul must go head-to-head with Pyongyang over who is the best custodian of the minjok and its glorious 5000 year history. This is a tussle South Korea cannot win, not only because of the North's mendacious willingness to falsify history, but South Korea's Westernized culture, massive U.S. presence, rising multiculturalism leading to mixed race citizens, and so on.

The North's purer minjok nationalism will always have resonance in the South, where for a generation former dictator Park Chung Hee invoked race for legitimacy, 10% of the public voted for an openly pro-North Korean party in the last parliamentary election, and the main left-wing party has consistently equivocated on whether the U.S. represents a greater threat to South Korea than North Korea does.

Enter Japan, then, as a useful 'other' to South Korea, in the place that really should be held by North Korea. All Koreans, north and south, right and left, agree that the colonial take-over was bad. The morality of criticizing Japan is undisputed, whereas criticizing North Korea quickly gets tangled up in the 'who-can-out-minjok-who' issues raised above. This should not be necessary. West Germany was able to define itself against the East and win that legitimacy competition. But the North has dumped Marxism for a legitimacy language that resonates in the South too, and democracy is not strong enough to combat it.

So beating up on Japan is great solution. It bolsters South Korea as defender of the minjok, sidesteps a brutal head-to-head nationalist competition with the North which might provoke open Northern sympathies in the south, and avoids any debate over the long-term need to shift South Korean political legitimacy from race to democracy, which in turn would require a desperately needed clean-up of Korean politics at the expense of today's entrenched elites, most notably the chaebol.

All in all, anti-Japanism is a pretty good strategy for managing South Korea's many tensions, and so long as the Americans are around, there are no geopolitical consequences to it either. What's not to like? If South Korea cannot be the anti-North Korea, then it can be the anti-Japan.